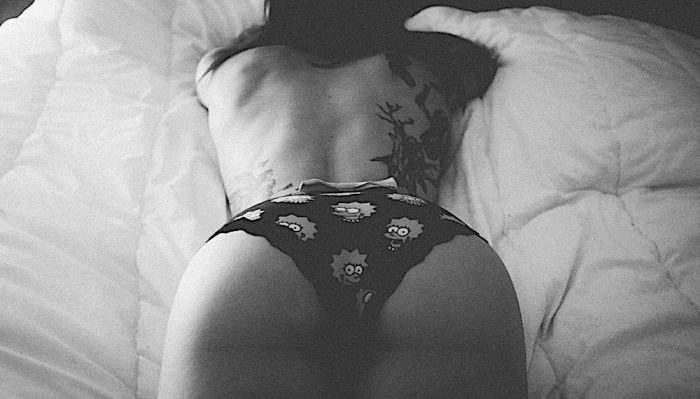 One which details that if you try it, you’ll like it! These are usually written by a girl who didn’t like it at first but tried it with an open mind and learned that she could tolerate it. Or maybe even has grown to like it after giving it a fair chance.

These articles are annoying to me, because I will admit it: getting fucked in the ass isn’t for everyone. There isn’t a single girl who should feel like she needs to give it “a fair shot” to know whether she wants to do it.

No one should ever feel pressure to try something they are uncomfortable with, not by their partner and not by society.

Sometimes no amount of tips, tricks, or lube will make the act of getting something shoved in your ass comfortable or enjoyable.

When you are doing something new and different, if the person you are with lacks sensitivity or empathy to your physical and emotional needs, you will more than likely not enjoy yourself.

For the First Time

My high school boyfriend was 21 when I was 17. He had a lot more experience in the bedroom than I did, but I was madly in love with him, to the point where I would do almost anything.

But a few weeks later, when my boyfriend and his roommate had a house party, I had a little too much to drink. I was never a drinker in high school, so it only took two or three drinks to make me feel completely out of control.

He grabbed my hand and pulled me to his bedroom. When we first started making out, I was all for it. He pulled my clothes off because, in my state, I couldn’t do it myself.

We started having sex, and it felt amazing. It was the first time I was having sex intoxicated.

In the middle of sex, he switched positions, placing himself behind me. Without saying a word, he shoved himself into my ass.

I immediately protested, telling him he had the wrong hole, drunk enough to think it was a mistake.

No matter how much I tried to pull away or how many times I told him to stop, he didn’t listen. He grabbed my hips and kept on thrusting.

Only Brave When Drinking

And it always was.

It wasn’t until four years later, in a committed relationship, that I even talked about the possibility of trying it again. I was in college, almost 21, and he was 30.

Our relationship was different than it was with my high school boyfriend. I trusted my college boyfriend more than I had trusted the men who came before.

The most significant difference was our level of commitment. In front of my parents and sisters, he had gotten down on one knee and told me that he wanted to spend the rest of his life with me.

I thought that he was pretty nice, and it would be great to have someone around all the time. We got along really well and spent a lot of time laughing. So I said yes, even though what I really meant was, “Eh, why not?”

Once we were engaged, he began to circle around to the same question all guys inevitably seem to ask.

By this time, I had to admit that I was a little bit curious about what it would be like to try with someone who loved me, not just said they loved me. So we bought a bottle of wine, and I got really buzzed.

After that relationship ended, I had a string of relationships, none very significant. I moved and started dating this guy who didn’t drink but liked it when I did.

“Obviously, you like it, so we could do it more often.”

I brushed off the conversation and told him that he was wrong, then I stopped seeing him after that.

There were a few more relationships where I would get drunk and practically beg for them to post up behind me and slide right in. We never talked about it afterward, though some tired.

The One who Changed it All

Then I met D, my most recent relationship. We had this hot, sexual connection from the moment we met. I wanted to touch him, and I wanted to be touched by him constantly. I went from not dating or sleeping with anyone to wanting to lock ourselves away in my bedroom and make love to him all day.

Every time he touched me, it felt like electricity on my skin. I craved everything about him physically and couldn’t get enough of him.

Then one night, after dating for a little while, I got ready for a special night out. After dinner and drinks, we headed back to his place. I could almost dance I was so excited.

We got busy, kissing and stripping the moment we walked in the door. We couldn’t keep our hands off of each other.

I trusted him to keep me safe and make me feel good, and he did. Oh, he did.

The next morning we talked about it, and it wasn’t awkward. We laid in bed and he brushed my hair out of my eyes, and told me how it turned him on that I came out and asked for it.

I love the position because I get to stare into his eyes or kiss him if I want.

There was always something about doing it from behind that felt disconnected to me. The guys were in complete control and often went too fast or didn’t enter slow enough for me to be comfortable.

Plus, when I’m on top, if I lean back and place my hands on his legs, then he can rub my clit and bring me to a more intense climax.

Switching up the positions brought my level of arousal and pleasure even higher.

Now, I ask for it whenever I want it. Sober or drunk, it isn’t a big deal.

For the longest time, I was afraid to admit that the idea of letting someone fuck my ass was a turn on. I was too ashamed to ask my partner to do something to me that made me orgasm. 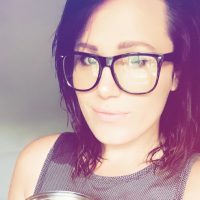 Ashley Pickens is a writer of sex, love, relationships, mental health, and other things she doesn’t completely understand. She sometimes writes by other names such as As… Read full bio