The One Piece of Advice I would give my Younger Self. {TED Talk} 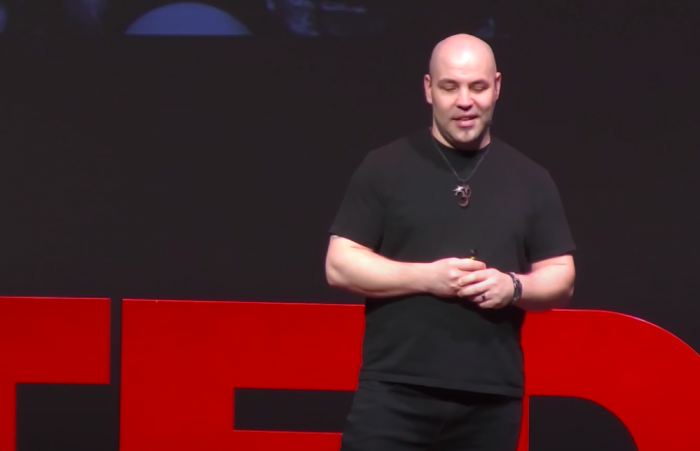 Before I discovered yoga, meditation, the power of books, and ultimately, my purpose, I struggled with anxiety, hypochondria, and constant worry.

It impacted my personal and professional life daily.

I didn’t know it at the time, but I was doing exactly what Gandhi has said not to do. I was “letting other people walk through my mind with their dirty feet.”

In essence, I was letting others—the toxic people in my life—and my own mind, ruin my current day and my future days. I worried about something that might never happen in the present, or in the future. In fact, nothing I worried about at the time ever came true.

I’m currently rereading Dale Carnegie’s How To Stop Worrying and Start Living, and in it, one of his chapter headers reads, “Businessmen who do not know how to fight worry die young.”

Obviously this quote is true of women, and those not in business, but you get the point. If you do not know how to stop your worrying ways, it may end up being the death of you. It sounds dramatic, but the facts back it up.

Now, during this time in my life, I truly didn’t know how to fight worry.

My worry, my anxiety, and my hypochondria only ceased when I ultimately discovered my purpose. hat’s a longer story, but meditation and yoga were also the tools that, once I discovered my purpose, allowed me to finally distance myself from my worries—kind of like the cherry on top.

These days, I teach people how to find their purpose, and recently wrote a book, The Book of WHY (and HOW), mainly because I know how important it is for people to find their purpose (aka, their “why”), and how it can be the one thing that changes everything for them. I also wrote it because I know the positive impact the why had on my life when nothing else was doing the trick.

But here is the interesting thing: I may have been able to put my worry to rest so much sooner had I known what I have since learned interviewing over 6,000 top influencers.

I have asked one specific question over 5,000 times, and my latest TEDx Talk is about my findings, and how this knowledge could have changed everything so much sooner.

I have included the TEDx link below, but the question I asked those 5,000 times is simply this:

If you could jump into a time machine, go back in time, and sit across from your younger self and give him or her one piece of life advice based on what you’ve learned in the years since, what do you think you might tell her/him?

I believe had I known this sooner, this could have removed many of my past worries—this idea that the thing you’re worried about now likely won’t matter in a year’s time, let alone five or 10 years’ time!

I now ask myself just that question when something has the potential to stress me out: will this matter in 12 months? If the answer is no, I let it go.

This one strategy has changed everything for me, especially now that I have the hindsight to see that most of what I worried about either never came true, or was necessary for me to become the person I am today.

To that end, what I would tell my younger self is this—you’re on the right track, you need to go through the pains, and setbacks, and please, don’t change a thing.

Here’s the TEDx Talk, I hope you enjoy it, and here’s to your greater success: 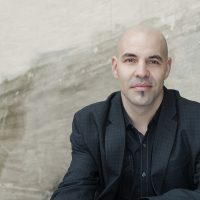 Corey Poirier is a multiple-time TEDx, MoMondays, and PMx, Speaker. He is also the host of the top-rated “Conversations with PASSION” Radio Show, founder of The Sp… Read full bio

Use these Seven TED Talks to Inspire, Heal & Find your Path. 55 Things I wish I could tell my Younger Self. 40 Things I’ve Learned in 40 Years.
See relevant Elephant Video