Discovering Resiliency after a Broken Heart. 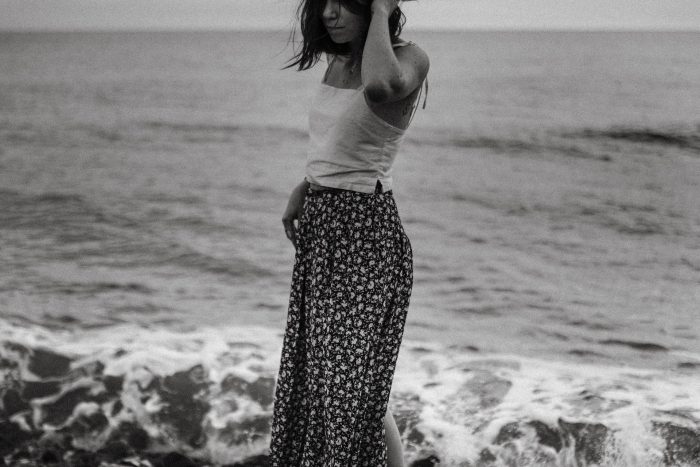 I am not a violent person.

I don’t own a gun, and I am usually looking for the light, not a fight.

This morning, I threw my coffee pot against a tree. I missed the first time, so I walked over the rocks and picked up the glass container again.

Different tree. This time I threw it sideways. The glass shattered and I was left with a black handle and a stainless ring embossed with the word Cuisinart.

The jagged shards of glass stuck to the rubber gasket like the snaggle-toothed jaws of a shark. I wanted to cut myself. I am not a violent person.

I think it might be a good time to switch to drinking tea.

Human beings are storytelling creatures. Telling the story of loss over and over again—it’s like looking for an alternate ending. A loophole. Some way the outcome might have changed.

Could still change? Maybe we missed something?

We make agreements—if we can only get the story right, none of this would be happening.

I told my story to the trees and they did not ask, “How are you really?” And the wind didn’t care if I cried.

Perhaps I am looking for an alternate ending? I am telling the story again.

It is June, the day before my birthday. Summer in the Rockies. Summer night at Red Rocks. One of the most decorative landscapes in the world—color, light, and air. A spiritual container—not the Grand Canyon, to be sure, but one of size sufficient to be impressive without being stupendous.

Geologically, the rocks surrounding the amphitheater are representative of a fountain formation. It was originally known as the Garden of Angels or Garden of the Titans. A wall of upright rock high enough to have enough bulk and body to impress anyone. The mass is overpowering on its own.

The thing about Red Rocks amphitheater is that in 1936 someone had the fortitude to purchase the area and build a performing stage nestled in the perfect acoustic surroundings. It is likely the Ute tribes used them in earlier time. Today, we gather there.

My sister-in-law, who sometimes knows more than me, invited me to a concert at Red Rocks. She introduced me to an activist, poet, performer. Michael Franti played, and the community smashed together in the bleacher seats responded.

I had been holding trauma in my bones. I was not well.

That night though—a metamorphosis. My body, mind, and spirit experienced a spontaneous change of being from one element into another. Technically, I think it is a nuclear-based process, but the energy that night—transformative.

I danced with an aura of independence and openness under the stars.

That night under the stars, dancing next to me, I connected with a man, and we danced together. He held my hand. That was the introduction.

Later in the summer, after dirty feet, hidden hammocks in the trees, cold running water, and mountain bike trails, the man will talk about Novembers in Mexico with his ex-girlfriend and summers on his mountain bike alone. The man will open his most vulnerable places and share the story of his teenage daughter alienating him after his divorce.

Perhaps we connected in the spaces where our pain was leaking out.

The man says he lives authentically. He does. I witnessed his community and trusted them. I trusted him too.

I opened my heart and let his adoration and attentiveness fill the cracks where I hurt. He met in the places I hadn’t been seen.

After a mere suggestion, because it is my favorite color, he painted my bathroom door pink. He brought me coffee in the morning, and he held my hand on the deck as we watched the light move across the valley floor. He hung the hummingbird feeders and kept them full. He cared for my sons’ birds and kissed my dog on her lips. He plowed my driveway and made sure there was always creamer in the refrigerator.

He was a part of our family. My story. He was a gift from the divine sent just for me.

I believed his words. I believed all of them. I even believed the part when he promised me I was no longer alone.

And just as magically as he appeared holding my hand that night at Red Rocks, suddenly, he disappeared.

Today, my girlfriends are wise and hold me in support. Kaarsten, they say, “All you have to do today is get through it. Eat something, tend to your work, feed your fur babies, take care of your children.” I eat a few bites of yogurt. I take a shower. I read my e-mail. I feed the dogs. I cry a lot. I burn things. I scream into the abyss. I rock back and forth in my hallway like a child. I mutter affirmations to myself so I don’t lose my mind. I am shattered.

Days go by, and I move from rocking to reading things. I realize that something is happening to me—I can’t help but feel despair and panic. I have been severed. I surrender to the psychobiological response of abandonment.

I look for the containers of light and imagine I am flowing like a river. I am strong. I am fluid. I am still here. In early grief, pain is everywhere. There is nothing that isn’t connected to the loss. The going on in the rest of the world is brutal and unfair and impossible to withstand. My mind is trying to make sense of a world that no longer does.

More days pass. I hover between exhaustion and insomnia. One morning, I wake up and I remember I can care for myself. I know that no matter what happens, I will show up for myself as though I am someone I love. I take care of myself the best I can. I do this repeatedly. It helps.

I strengthen my trust in myself. I have compassion for the wounding. I hold fast to my children and I see the warrior mother who was protecting them from what I am feeling now. I stand in my power. I breathe again—sometimes short and labored—but I am breathing. My heart is still beating.

It is another summer in the Rockies. It’s two years later. There are still stars and dirty feet and cold running water. When I look far enough, I see a space—expansive and unknown.

“You don’t measure love in time. You measure love in transformation. Sometimes the longest connections yield very little growth, while the briefest encounters change everything. The heart doesn’t wear a watch—it’s timeless. It doesn’t care how long you know someone. It doesn’t care if you had a 40-year anniversary, if there is no juice in the connection. What the heart cares about is resonance. Resonance that opens it, resonance that enlivens it, resonance that calls it home. And when it finds it, the transformation begins.” ~ Jeff Brown

How many metamorphoses can a person bear in one lifetime? I see now.

There is no end to transformation.

My heart has been cracked open. I am alive.

While I will continue to talk to the trees and the wind and those who will listen, I just need a new notebook to finish writing my stories. 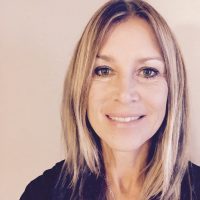 Kaarsten (pronounced care-sten) Turner lives at altitude in Conifer, Colorado. She is the mother of two boys who keep her running, laughing, and cleaning up messes. By profess… Read full bio