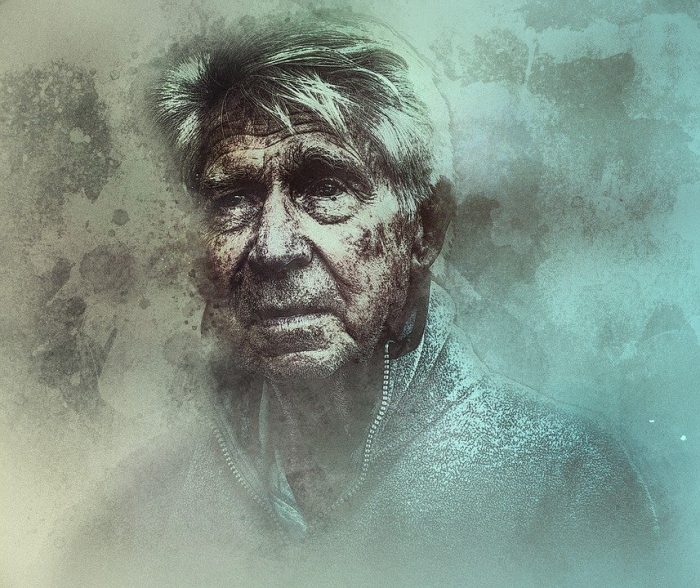 Melvin wakes up in a room that, even after six months, unnerves him. His first thought in the morning is always that he’s lost his way.

“Say, what’s this?” he wonders from the single bed with the brown hospital table next to it. “This isn’t where I belong.” In the long hallway where it’s always daytime and never night, he hears footsteps and a rolling cart. Reluctantly, Melvin adjusts to the disappointing understanding of his current situation.

Melvin remembers that he needs more care due to his memory problems.

“We want you to be safe Dad,” his children urge. There was the unfortunate incident with the man on the telephone who’d gotten his credit card. And he’d sometimes take his medicine two hours late.

“Things may get worse, Dad.”

Melvin remembers that now he eats when they tell him to and that he should show up for activities so that he can stay out of trouble with the staff who are either usually slightly annoyed or unevenly perky as they direct him throughout his day. Nurse Sing-Song will push in any minute to begin his day: “It’s time for your medicine, Mr. Melvin,” as though he were a child waiting for Romper Room to begin.

They mean well, he knows that. Still, his dignity seems so far back in the rearview mirror he can barely make it out. There is a sign by his bed that says needs supervision. Every day, Melvin gets himself upright and nobody has to tell him to do it. It causes him to wonder at the purpose of the sign. He doesn’t find it helpful.

Melvin had expressed to his family numerous times that he never wanted to go inside the nursing home. He liked to putter among his plants, walk the neighborhood, and eat whenever he damn well felt like it. The pressure from the family increased as he began to forget more things. They were worried and wanted him to be in a place with resources. Stronger than his fear of going inside was the fear that he’d burden his family, so he finally relented. “Oh good Dad. We know you will like it.”

After taking his medicine, he puts on his day shoes, his baggy pants, and a shirt. Melvin has lost his appetite since being in the care facility. His clothes seem to be more a part of his person as they sag downward and fade in color.

Melvin wanders down the hall for breakfast. Remembering social distancing due to COVID-19, Melvin takes his place at the eight-foot dining table that is only allowed two people. His tablemate is a man Melvin knows from town before they were both placed in the nursing facility. The man with a kind face is no longer able to have a verbal conversation. Melvin makes eye contact with him, something of an act of solidarity affirming the life they both had before they spent their days within the rooms with yellow walls, shiny floors, and signs that declared the day of the week. They smile and nod throughout the meal in gentle companionship.

Melvin spends his day with his memory fragments, piecing them together like the 500-piece landscape puzzle that lays on his desk in his room. He used to pay bills, send notes, and look up information on the computer on that desk. No real need to anymore—his daughter takes care of that. So Melvin reads books, prays the prayers he hopes will sustain him, and slides the interlocking pieces of the Arizona sunset together to pass the days.

Finishing the saguaro cactus, he remembers that it can survive in a desert. It takes 70 years, though, for the poor son-of-a-bitch to grow an arm. An arm sticking upright. “Hey, I am here. I need water, and someone could perch on my arm if they like.”

Melvin doesn’t have that kind of time.

He wonders about the pandemic and why nobody has ever asked him if he’d be willing to take the risk of catching the virus. Hell yes, he would. He’s 92 for crying out loud. He never guessed he’d be this damn old, and he only has a one way ticket to this beautiful and broken world.

Melvin wants to feel the sun, to hear the birds sing, and to smell the sweaty little boy body of his great-grandson melting into his side as they read Curious George together. He wants to live before he dies, having worn out his heart with raw and outrageous love.

If he dies in this freezer full of old folks kept safe, well, it will be one sad day.

As afternoon stretches on without mercy to the evening, Melvin tries not to watch the window in hope of a visit and a strained conversation via phone though the muddy brown shutters and double-paned glass with someone who still holds him dear—dear enough to show up and stand at the window for 30 minutes.

Sometimes it’s a friend, sometimes it’s a family member. Either way, it’s a welcome distraction, but yet, it’s also a chore. Melvin wishes he could bifurcate the differences and either enjoy it completely or acknowledge that keeping himself upbeat and cheery so that his visitors come back is more work than he is up to some days.

Today, about 3 p.m. when Melvin is nodding off in his chair, his daughter appears with her grandson, his great grandson. His eyes mist over as his heart leaps with joy at the sight of someone he loves. He hates that they have to mash their face against the glass and stare at this nondescript room that costs more money per month than his first house cost in total. There was so much life in that first house…in this room, he lifts his voice to give it energy as he speaks to his family.

He sees their love but also their sadness. He both appreciates and despises the sorrow. This room with services and qualified help is also a prison cell. He knows they know that.

He longs to bang on the window and have it break open so he can step out. But he is trying to be positive, so he continues asking them about their lives and how they are doing. When they go, he sighs with loneliness and loss. Pieces of his heart slip through the screen and land on his loved ones, carried back to their lives that go on without him.

At the end of the day, Melvin lays upon the sheets that smell of nursing home, releases his prayers, and chooses a memory. He thinks of his wife, sweet Lenora, her soft and supple body pressed up against him as together they would curl into slumber, to help him go to sleep tonight.

It works. Melvin melts into the pillow, his heart whooshing blood into his tired old organs. Melvin sleeps. 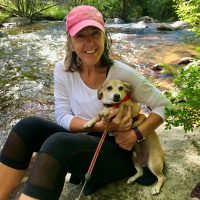 Ellen Awe is an Englishand Language Arts teacher and a writer. She loves the outdoors, reading, and playing outside with her grandchildren. She is happiest sitting by a mounta… Read full bio

Our Children are Missing out on their Grandparents. My favorite Kerouac poem, this breaks my heart a little every time.
See relevant Elephant Video