A Counter-Review to the Discriminatory Reviews of Netflix’s ‘Away’ 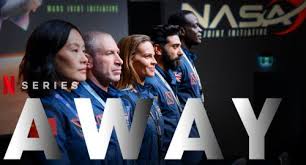 This is a review by an ecofeminist who knows very little about space, (even after dating a NASA rocket scientist) as compared to a review by a ‘real’ scientist.

This Netflix installment of a Martian odyssey is not about science though. It is a ten episode series about humanity, science and faith, that plays more like one long and riveting movie that is difficult to peel yourself away from. ‘Away’ proves all three can and should coexist. It is a show that demonstrates how success actually relies on all three simultaneously. The heart and soul of this series are the virtuous pep-talks-on-steroids sprinkled before and after peak action scenes. Have kleenix on stand by.

The beginning of the show is also a lot like the ‘Away’ Google review section; in that there are characters on board that are packing way too much science-heavy ego, which can threaten a mission’s success. But not to worry, at least in the show– those egotistical wrinkles get ironed out by the humbling reality of careening into the great balls of fire of Mars’ atmosphere. Call me crazy, but I don’t think getting on a scientific pedestal and pointing out ‘science fails’ and reducing the emotional toll of leaving one’s family to go on a 50/50 life or death mission to ‘unnecessary drama’, constitutes a review. I’m not dumb enough to think that a cell phone tower on earth can reach mars– but at least I am open-minded enough to think that NASA tech was somehow routing communication through the aircraft, so that I can focus on the bigger themes in the series.

But that is thee point of the show, in case you missed it (not perfect science), but that this is a show about an imperfect crew that must set their flaws and vices aside and come perfectly together because their strength is in their ability to inspire and learn from each other– making each crew member up their own individual game and make vital contributions for the mars mission to be survived and to be a success. Duh. You thought this series was about, “that’s not how you spacewalk”? Eye Roll. Seriously, read the ‘Away’ reviews on Google, it’s mystifying.

I wrote this because you’re going to miss out on some stellar entertainment if you listen to some of these discriminatory reviews knocking ‘Away’. They would rather fixate and drone on about about marginalized quotas, being ‘too PC’ and frankly some sound as if they think astronauts aren’t supposed to have love in their lives, like they’re supposed to lead some science-saturated, monotamous existence — they focus on this, instead of the real meat and potatoes of this fiery gem.  And too PC? You mean, it’s really relateable? I have a cousin with down’s syndrome, friends and mentors that are gay, the divine masculine does have a role to play here (the cosmonaut staple gun scene was the best!) as does the divine feminine/feminist, with the beautiful “Women hold up half the sky” scenes. Earth’s most untapped, natural resource is women. Historically. So pardon me, if I am really moved by a show that is finally f***ing tapping into that feminizzle bad-assery that can command the biggest mission for mankind. And why shouldn’t the space botanist on board, to plant a garden on Mars, hail from Africa? I thought that was a very symbolic touch.

If you you still have negative vomit to spew about this brilliant and hopeful show about humanity via a gripping international crew with tender acting performances, then I suggest you take some of that hyper-critical, patriarchal BS and unleash it on a Star Wars review….because there is no sound in space.

The crew in this ‘tin can’ encounter setback after setback and they never give up. I’m pretty sure that makes it the most relatable show of 2020. Especially if you live in a state that is on fire or being pummeled by hurricanes during a viral pandemic while a twelve year old in the white house plays on twitter instead of taking immediate action to tackle a country in crisis. At least the Atlas crew reacts to a crisis. It’s refreshing.

Earth could look like Mars sooner than we think; that is a valid point this series delivers. If this country could get as excited about Ecofeminism/Climate Justice as they do the next installment of Harry Potter…then we could counter impending, global danger. The biggest take away though, is that, we are one civilization all working towards the same goal. The first Martians from Africa, China, Russia, India and the United States entered mars’ atmosphere with: “Lord God, we thank you for bringing the five of us together….and we humbly ask that you deliver us safely home. Carry us now, through this crucible of fire…so that we may show the world, that there is a better world, a world beyond division…and confusion…and fear. Let us discover a world beyond fear. Amen”

And if Hillary Swank picks up any awards for ‘Away’, I hope to see her at a local fast-food-joint post-ceremony, ripping into a big meal, in her dress, with her shiny Oscar beside her, again. Go Girl, it’s nice to see you again. 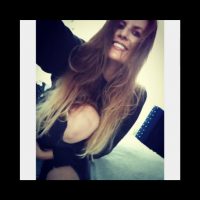