Dear “All Lives Matter” People: We Need to Talk. 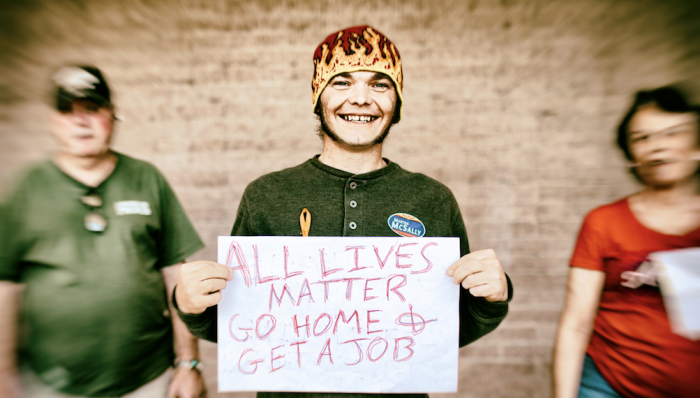 Thank you for taking the time to hear the other side of the “All Lives Matter” conversation. This talk cannot wait one more minute.

The division between the “All Lives Matter” and “Black Lives Matter” perspectives is getting louder and more pronounced every day. As I read through news articles and scroll through social media, I am blown away by the level of misunderstanding and thoughtless comments I see.

I would like to share what I have come to know about the “Black Lives Matter” movement, and why I support the leaders of this movement and the work they are doing.

We learned briefly about the history of slavery in the United States, but it was the CliffsNotes version, at best. We certainly did not learn about the continued oppression of people of color in this country that continues to this day. We were basically taught that slavery happened, then ended in 1865.

To say this is not the whole story is a gross understatement. It’s actually flat-out dishonest. I remember thinking, Wow, slavery was horrible! Thank God that’s over. But what I didn’t know is that it wasn’t over for Black people in this country.

In 1865, many white Americans were upset that Black people who were once their property were now granted freedoms. This fear and anger toward African Americans fueled acts of violence, lynching, and oppression that still continue to this day.

I have heard voices that cry, “But that sort of violence doesn’t happen in America today!” “Slavery is over,” “The civil rights movement happened,” “Segregation has ended,” and “Let’s stop using the race card.”

Okay…first of all, the only people I have ever heard say these words are white people. What I hear from Black communities is that they still very much feel the impact of racial oppression. That the color of their skin affects every aspect of their lives. When they go to the store, are looking for jobs, need healthcare, want to buy a house or get a loan, seek higher education, or interact with police officers. African Americans’ relationship with the police is at the forefront of the Black Lives Matter Movement.

The BLM Movement began in 2013 as a response to the acquittal of Trayvon Martin’s murderer, George Zimmerman.

In 2016, I began learning more about what this movement meant and how people in my community in Nebraska were impacted. Because of the heightened racial tensions surrounding the election that year, there was an increase of activism surrounding race and social justice issues.

I started to see “Black Lives Matter” signs and banners all over the city. I began paying attention and educating myself like I never had before. I realized how much I didn’t know and how ignorant I had been. I was called to address my own racist views and beliefs as a white person in America. I learned the reasons why Black people in the United States were marching for their lives, chanting “Black Lives Matter,” and, later, “Hands up, don’t shoot” and “I can’t breathe.”

The history of police in America is deeply rooted in violence against Black people. The first American police force was established in 1838, but early in the previous century, the United States saw the development of a different kind of policing called the “Slave Patrol.” Its function was to apprehend runaway slaves, terrorize them, and punish them. This approach to policing is a part of the foundation of modern police that we rarely hear about.

There is an abundance of current information and data that exhibits the disproportionate treatment of people of color by the police and the United States justice system that occurs today. I highly recommend looking up statistics, finding a book, and/or watching a documentary on race and policing in America. We must do the work to educate ourselves.

Knowing the history of slavery in America and of the United States police force, as well as having access to a great quantity of recent data that demonstrates the unequal treatment of Black Americans—how is it that so many Americans do not understand the call of “Black Lives Matter”? The call for justice, and to be listened to. The outcry of a group of people in this country who are currently experiencing heightened levels of aggression, oppression, violence, prejudice, and generational trauma, by the hands of white people and of a system that has never served them. A group of people who have yet to partake in the freedoms promised to them in 1865.

The response of “All Lives Matter” to the cause of Black people seeking equality is the equivalent of a toddler throwing a tantrum because they think someone is trying to take away their toy…but no one actually is. I am an early childhood teacher; this is a scenario I see all the time.

In trying to be compassionate about where the phrase “All Lives Matter” is coming from, I honor that you want to ensure your life and the lives of your family are seen as important, too. Understandably.

Here’s the thing: the Black Lives Matter movement is not about you. Or me, as a white American.

It is our job to listen. To be a part of lifting up the movement. To stop trying to defend our position or how much our lives matter too, and to sit with the truth and experience of Black Americans. To truly listen to what they are saying and what they asking for.

They are not asking you to give up any of your own freedoms. Nothing is going to be taken from you. No one is trying to take your toys!

What people want is equality. Safety. Care. Concern for their well-being. A chance to experience liberty and justice, and to pursue happiness. As was promised to them, but never fulfilled.

When you say, “All Lives Matter,” in response to “Black Lives Matter,” you appear to be arguing with yourself. Because no one is saying your life does not matter. People are saying, My life is danger. Please help me.

I ask from the bottom of my heart that the next time you have the urge to say defensively, “All Lives Matter,” you pause instead. Take a moment to ponder what saying that phrase means, and if that’s what you really believe.

If you really want all lives to matter, let’s work together to lift up Black voices and Black lives, and ensure that everyone in this country receives equal freedoms and is seen as equal in the eyes of the law. How awesome would it be to say with celebration, “Look, All Lives Matter here in America!” rather than use that phrase as a weapon toward a group of people who are suffering.

When Black Lives Matter in America, we can then say together that all lives matter. If we want to achieve that goal, it’s going to take all of us to get there. And I believe we can.

It’s going to be uncomfortable, because that means we have to reckon with the sordid history of violence against Black people and people of color in this country. But it is in the acknowledging that we can begin to heal. Then we can build a system together where every American will know that liberty and justice for all applies to them, too.

If we want a country where all lives matter, let’s make sure that the most vulnerable lives are taken care of and protected. Until then, it does not make sense to chant that phrase.

Let’s wait until it’s true. Then we can pronounce it together. 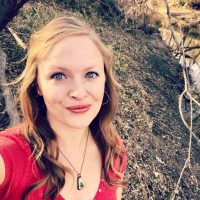 Kjerstin Egger is an Early Childhood Educator, but she finds the question, “What stirs your soul?” much more interesting. Kjerstin loves learning about different f… Read full bio

I am Black. This is what I Need (& what I Don’t) from White Allies. “Before you Call the Cops:” The Video Everyone should Watch Right Now. White Folks: What it Means about You if you’re Getting Defensive about BLM.
See relevant Elephant Video