Hope is a Verb: a 2-Step Process to Reduce our Suffering. 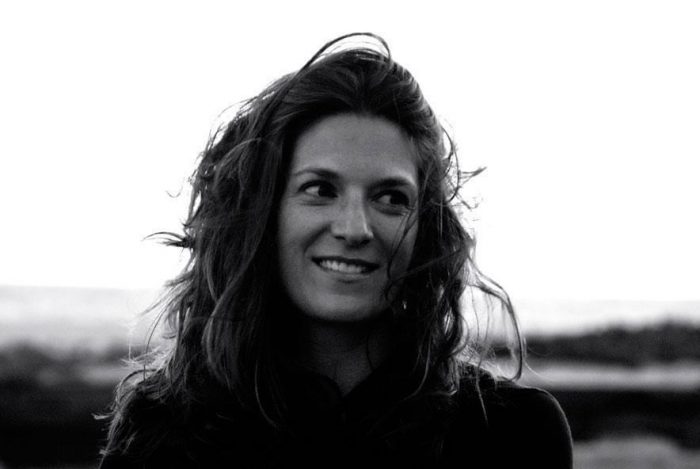 One of the longest-running and more complicated relationships I have maintained in my life is with Hope.

Hope and I met during the darkest years of my adult life. My tired, grieved, and heavy eyes rested upon a poem by Emily Dickinson entitled “Hope” (circa 1861).

She elegantly metamorphizes Hope as a bird who sings lullabies eternal in all human souls, dutifully attending even in the stormiest of seas and “chillest of lands.” Dickinson portrays Hope as unconditional and devotional which helped because my focus wavered and I was being led by an internal compass with a broken needle; I was more a mummy wandering for a shroud and less peeling it off in search of my truth.

I clung to this poem—I memorialized it in my soul and praised its gospel and curative factors. It lighted a path out of my darkness.

But, it’s this last line in Dickinson’s “Hope” poem that has taken on a newer meaning for me:

“Yet never in extremity it asked a crumb of me.”

Newer, now that the blackened and cavernous room of my nights is open to receiving the light discovering itself.

I want Hope to ask something of me. I want to be an active co-creator and not a lazy lover in this enduring relationship.

Roshi Joan Halifax uses the term “radical uncertainty” to define the roots of what she calls Wise Hope, which is grown from the unknowing and the unknowable. Unlike optimism which is a cognitive belief that “the best is yet to come,” Wise Hope is a non-attachment to future outcome while embracing and accepting this present moment of uncertainty, and it has the potential to manifest feelings of spaciousness and possibility.

When we live with Wise Hope we have no expectation that our current action will lead to a pleasant or satisfying outcome. Solnit believes that Wise Hope is “to give yourself to the future, and that commitment to the future makes the present inhabitable.” Inhabiting this present moment because we commit to our future, no matter what the future brings.

We are called to discover our life’s Hope by American novelist Barbara Kingsolver, and then, “the most you can do is live inside that Hope—not admire it from a distance but live right in it, under its roof.”

We are dutiful occupants, inhabitants of Wise Hope who discover ourselves within it as we breathe in the spaciousness of possibility and breathe out the commitment to the now, to the future, to ourselves and every living thing on our planet. Wise Hope is not attached to our ego or desires or wishful outcomes. It is simply harvesting the possibilities of now, knowing that the future is unknowable.

“Hope is not a door, but a sense that there might be a door at some point, some way out of the problems of the present moment even before that way is found or followed,” writes Rebecca Solnit.

This is radical. This is wise. This is deeper than a belief. It is a deep-felt sense of connection to ourselves and trusting in this moment. Love in relationships is a verb. Wise Hope in each moment, is also a verb, weighted by mindful attention and action.

This is the relationship I want with Hope. Wise Hope. Attunement and reciprocity, without expectation.

We are experiencing the emotional stirrings of optimism and despair during this presidential election year. The act of voting is Wise Hope. Taking action within the presence of uncertainty and unknowing is Wise Hope because we understand and accept the impermanence of all things.

This is radical uncertainty. This is Wise Hope. As Solnit says, “Hope should shove you out the door. Hope calls for action; action is impossible without Hope.”

Like a meandering river, life is constant and changing, and to experience all its wonders, we must be willing to take action and get in “the game” in every moment of our life. That is Wise Hope.

It is not standing on the banks watching and hoping things turn out a certain way. It’s getting in the river and awakening to every splash of cool water on our face and toes and seeing the passing scenery with each breath. And even though we may not know what is beyond the bend, we are awake and aware and open to every possibility. We stay in the river.

I would be remiss if I didn’t say that practicing radical uncertainty can be terrifying for those of us with trauma histories. Uncertainty, in a felt sense, within a traumatic environment evokes chaos, terror, and panic, rather than a feeling of spaciousness, freedom, or possibility. There are mindful meditation practices specific to trauma and uncertainty and cultivating freedom. Please refer to the book, Aware by Daniel Siegel, MD.

For me, practicing Wise Hope is a two-step process involving: radical uncertainty and taking action.

In her wonderfully sound and practical book on mindful exercises, How to Train a Wild Elephant, Jan Chozen Bays, MD, invites us to notice throughout our day, our immediate aversion or reactivity to displeasure—whether it’s spilling coffee, running late, or hearing a comment we disagree with. Immediately, an impenetrable wall goes up in our hearts and minds and we are no longer open and expansive with this person or idea.

This “aversive” stance is one of Buddhism’s three poisons and it leaves us stuck in a reactively defensive mode rather than taking a pro-action step. For example, if we were to choose not to vote this election year because neither candidate is appealing to us, we remain in a reactive and stuck position, choosing non-action in order to defend against something we disagree with, rather than looking at the “bigger picture,” the possibilities that come from exercising our voting rights.

Imagine if we practiced saying “yes” to ourselves every time someone said something we did not like or something happened that was unpleasant, or someone asks us to do something. Saying yes does not mean we agree with something or that we are complacent.

Saying yes is allowing for something or someone to be; to allow the unfolding and expansiveness in the moment, the possibility for anything, and realize there is nothing for us to lose, and therefore, nothing for us to fear. Tara Brach guides us through this meditation on “Saying Yes to Life” to practice cultivating the embodiment of allowing the moment to arise with and without resistance.

Embracing radical uncertainty moves us out of the cycle of hope and fear and into the realm of Wise Action. Wise action is moving through life with compassionate intention and moral integrity, reducing the suffering of ourselves and others.

Wise action is not about resolving, fixing, solving, or expecting. Wise Action is moving from that place of spaciousness and uncertainty in Wise Hope and acting from a place of service to ourselves and others.

Wise action is the collective, not the personal.

>> After some of our country’s most devastating crises, regular folks galvanized their human spirit and strength and acted with wisdom and cultivated Wise Hope. As Rebecca Solnit says we can’t have action without hope nor hope without action.

>> After 9/11, American citizens donated plasma and helped clean up around Ground Zero.

>> After the 1906 San Francisco earthquake and fire, a woman named Anna Amelia Holshouser created a makeshift tent for 22 people and started a soup kitchen that fed up to 300 people daily (Solnit, A Paradise Built in Hell).

>> After one of the worst hurricanes (category 4) in United States history, in Galveston, Texas in 1900, Mother Mary Joseph Dallmer opened up the doors of the Ursuline Academy to more than 1,00 refugees, “black and white to calm their terror and meet their needs.” (Refer here)

>> And during our current pandemic, NBA teams have donated up to 1.9 million dollars to families who have lost wages due to COVID-19. And the countless essential workers in healthcare and service industries who are putting their health at risk every day to provide for our needs.

It is in these times, especially, when we need the engagement of our collective souls’ Wise Action.

Wise Action calls on our moral integrity and asks us what is the right thing to do in this moment? What, in this moment, will reduce the suffering of myself, others, and our planet?

Below is by no means an exhaustive list, but a sampling. Likely, most of us have compiled a list of resources and organizations we are supporting. Here are resources from White Heron Sangha to encourage and support the engagement of Wise Action. For a complete list of their Buddhist-minded resources, please visit their website.

Environmental Warming: “Living in the Time of Dying” and “Facing Instinction” by Catherine Ingram

Anti-Racism: “Be Mindful of Race“ 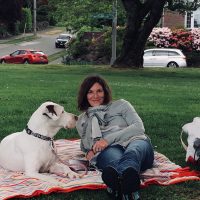 5 Stages of Mindful Decision-Making in the Midst of Emotional Turbulence. 4 Inspiring Pema Chodron Quotes to Help you Through Any Day. A Leek, a Hug & a Little Bit of Gratitude: 9 Ways to be Thankful Every Day. Hack your Anxiety in 5 Easy Steps with Mindfulness. How to Support Each Other in Grief when our Hearts are F*cking Broken.
See relevant Elephant Video