I Never thought that Women would Manipulate me more than Men. 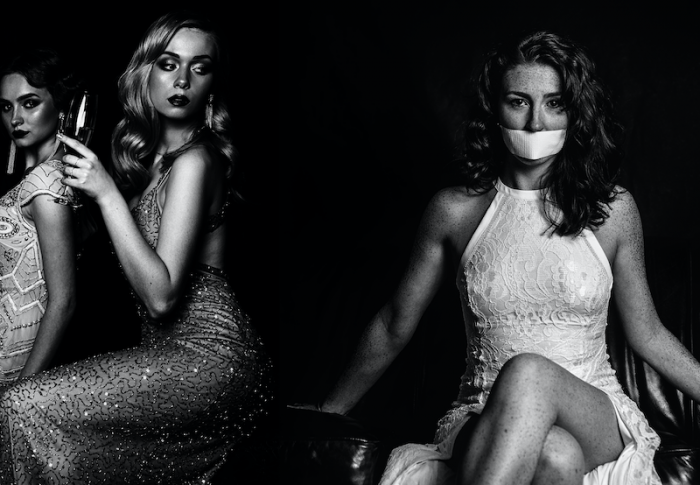 When I was 24, I was dealing with the loss of my partner.

Being young and thrown such an ethereal event in my life, I had a hard time coping. Others in my age group didn’t quite understand, and others saw it as a way to take advantage of the pain.

After being manipulated by a few men who saw this as an opportunity to dive in and take what they wanted and walk away with absolutely no apology or admission to their flaws—I was studded with some of the first manipulation experiences in my life. I’d go on to be manipulated by women one day as well, and this was the toughest part of waking up to the signs of this behavior.

As a woman, we usually feel the need to express ourselves to other women in a more emotional manner because we feel they get it. We open our hearts up to other women because we feel we can trust each other more and that maybe men are more the problem. In my 20s, I saw a serious newsflash when women began to be the ultimate manipulators in my life. It was heartbreaking to think that I could simply not trust anyone.

Each time I looked out the window at the colors in the trees, the flowers on the ground, and the pink hues in the sky—I could only see black. I didn’t want to open myself up to anyone anymore, woman or man. It wasn’t until I dove face-first into the frigid waters of Maine on a July summer day that I was shaken with the force of fate and acknowledged that it was coming, no matter what. We can’t stop opening ourselves up to friends and potential lovers due to fear.

But there are some signs that can help us protect ourselves in the long run:

They are constantly looking for information. If someone asks a lot of questions, lets you talk, and rarely opens up about themselves—they could just be shy, or, they could be letting you vent to use your biggest fears against you in the future. I once had a female friend tell me that she acted a certain way because she knew it would hurt me.

The best thing to do is to acknowledge our fears and face them head-on, so that when they arrive again (whether purposefully or not), we will have the ability to crush it down. If we practice overcoming our fears, the fear—or the manipulator—will never win.

They blame you instead of admitting to their own faults. Manipulators constantly put the blame on you and play the role of the victim. They’ll have you analyzing every action you ever made in the relationship, but they won’t own up to their own. They want to show everyone that they are innocent when sh*t hits the fan. They’re the champions of making you feel guilty, questioning your own sanity, and having you apologize even when you did nothing wrong.

They begin to put others against you. I once worked with a girl who told new hires to “look out for me” and that she was planning to get me fired. This is the ultimate manipulator. They are bringing in outside sources to win a battle that they conceived in their own head. Luckily, the new hires ended up liking me and everyone saw what she was doing. We’re not always this lucky, and others may fall for the trap. If someone acts friendly to your face, but is constantly scheming with others against you—this is a sign of manipulation.

They criticize everything you do after they compliment you. Remember all of that constant affection they were giving you? That was just to bring you down even harder when they have a critique for even the most well-done actions you make. Does it seem like you can never do anything right around this person? Does it seem like everything you say is twisted in their head? This is the manipulator’s favorite tactic, and it’s a form of gaslighting because as soon as they see you questioning your own sanity, they feel they have won.

Unfortunately, we cannot stop people from their own actions. The only thing we can do is protect ourselves from their actions affecting us in the future. We can do this by working on overcoming our own fears, healing our inner self, and becoming aware that others may not always be out for our best interests.

It’s a scary realization, but I encourage you to never stop opening up to others for fear of manipulation. We must know and recognize the signs so that we can be more prepared to stand up for ourselves when they occur.

This Goes Against Everything we are Taught, as Women. When “Giving” is a form of Manipulation. Girl on Girl: the Painful Practice of Women Holding Down Women.
See relevant Elephant Video