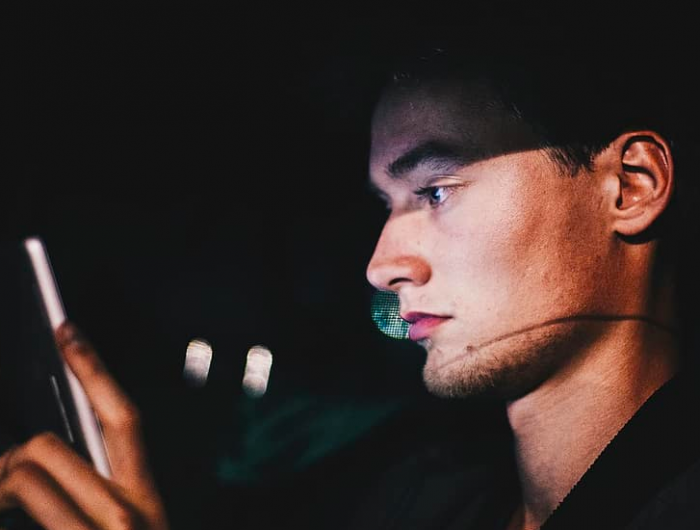 Nothing brings me closer to relapse than a breakup.

I should probably clarify that: there is nothing that makes me want to feel something different—as fast as possible—than a breakup.

In a short-lived romance like my last one, it isn’t so much because I am brokenhearted; it is because I am feeling all of the worst feelings that there are to feel and my brain sneaks in quickly to remind me that we used to know how to make this stop. That’s usually as far as I allow it to go.

After a minute or two, I call a friend or message someone and admit that I am feeling scared about the future or insecure about myself and, once I get that sh*t out into the atmosphere, it loses much of its power.

With this last breakup, things were a little different. First of all, the air seemed a bit thick with—shall we say—COVID insecurity. Most of my support network are barely treading water themselves, so they proved to be a little less helpful than usual. Half of them haven’t had steady income for months and the other half haven’t been to an AA meeting since March. This made them less than ideal candidates for moral support.

Things began to get untenable for me after a week or so after the split. I would come home from my usual supersize workday (12 or 13 hours) and lay in bed exhausted and not able to sleep. I had the fan going, a white noise app, I read, I meditated, and yet—nothing. I’d watch my window of slumber go from seven hours to six hours to five hours, and then when the alarm went off, I had that familiar sick to my stomach feeling that usually accompanies sleep deprivation. It makes coffee taste miserable, it causes cognitive processes to slow down, and, frankly, it’s just a drag.

Without even giving it much thought, I joined OkCupid. And then Match. And then I made a profile on Facebook dating. I am not sure what the logic was, but I have a tendency to go all the way with an idea once I have one. So, my profiles were out there for a day or two, but I didn’t hear anything.

It was Labor Day weekend, so I consoled myself with the fact that everyone might just be busy.

On my way to work the next day, the first notification came over, “It’s a match! Kristin likes you!” I had to wait until I pulled into the parking lot at work to see who Kristin was. I wasn’t disappointed. She was quite pretty. I sent a brief introductory message and this exchange caused me to gain a spring in my step that was not there earlier.

“Faith sent you a message!” rang the other app.

I swiped. “Jeez,” I thought. “Faith is really beautiful also.”

Again, a warm and charming message.

I began to recall all of my other experiences with dating sites. Generally, it begins like this much of the time and, little by little, 10 prospects are eliminated to three or four. When all is said and done, a flurry of activity like this might net a person two real live dates. Those two dates could result in not much more than $150 less in one’s checking account and a couple of painful anecdotes, but that really isn’t the point. The point was that each of these notifications was giving me an electronic injection of dopamine and I didn’t really have to go get a drink or take any pills. I was able to feel something different without going to a bar or a nefarious street corner.

I was getting “high” naturally.

Now, gentle reader, I do understand that you might be concerned that I am on the rebound and not really being fair to these wonderful ladies I am keeping correspondence with. I believe, however, that “rebound” is a term reserved specifically for any relationship that lasts six months or longer. If a relationship crashes and burns after, say, three months—well that’s just getting back on the horse (to use an unfortunate colloquialism).

And while it might be questionable to get stoned on so much attention from the opposite sex (if the opposite sex is indeed your thing), it comes with an extraordinarily painful, cocaine-like crash.

So, would it be healthier for me to forsake all of this mishigas and instead spend days in silent meditation in an ashram in Uttar Pradesh? Of course. Are Americans allowed to travel to India right now? No, they are not. Besides, when it comes to addictive personality traits, these days it all comes down to “Harm Reduction.”

While it is very painful to get one’s hopes up high for a gal on Match.com, only to be dropped when someone better comes along, it pales in comparison to the damage created by an out and out relapse.

So, by all means, should you find yourself in a similar predicament, don’t hesitate to indulge. These days in post-COVID, pre-authoritarian America, you could easily do much worse.