That Steamy Affair you’re having will End in One of These Ways. 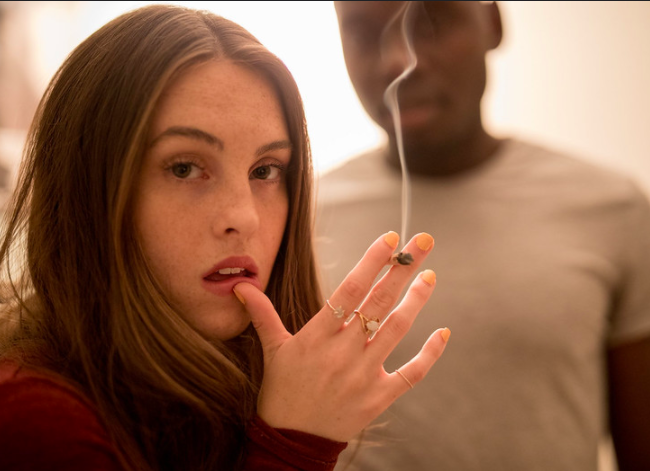 “This will not end well,” I told my friend who had confided to me he was having an affair.

We were sitting in my office and the months-long flirtation he had been telling me about over coffee breaks had officially been consummated.

You cannot tell someone who has just begun a hot, steamy affair it’s not going to end well, by the way. It’s like telling a three-year-old how hard college is going to be. They’re too busy running toward the fun toy to play with it again and have no idea what college even is.

There have also been occasions where a friend or client has confided in me they are having an affair, and I have not thought it would end badly. Sometimes, based on knowing all the people involved, I think an affair can be a revelation that the relationship they’re in is one they should have left a long time ago, and the affair is the catalyst they needed to finally leave.

Affairs—no matter how they start—can end in a multitude of ways.

If you’re in one or tempted to start one, at least go in with your eyes wide-open and be prepared for all of the following scenarios:

1. One of you will want to leave your spouse and the other won’t. This happens frequently. You may both be in love with each other, but only one of you is willing to give up everything to be together. It’s an incredibly hard decision for anyone to make because often people having affairs truly do still love their spouse or partner. They don’t want to hurt them, and they feel an incredible amount of guilt over the affair.

Guilt, codependency, kids, and financial issues are all reasons that people stay in marriages even if their heart is with someone else. If you start an affair knowing you have no intention of ever leaving your partner, be honest upfront because this can get messy, quick.

Case in point, someone I knew was so in love with the woman he was having an affair with, that he wanted to leave his marriage for her, and she couldn’t leave hers. It was truly heartbreaking for him. He moved forward with his divorce, hoping she would change her mind once he was single, but she wasn’t willing to lose her family to be with him. To this day, he still pines over her and has never moved on.

2. The affair will end and one of you will go psycho. I still cringe thinking about the scene in the film “Fatal Attraction” where Glenn Close’s character becomes completely obsessed with married man, Michael Douglas after having a weekend affair with him. I won’t spoil the plotline for anyone who hasn’t seen it, but this movie is the poster child for “affairs gone wrong.”

Like any relationship, an affair can go sour and one of you will want to break it off. Maybe you don’t want to sneak around anymore, maybe you don’t feel the same about the other person, or maybe the relationship has just run its course.

Whatever the reason, often when one person decides to end the affair, the other person doesn’t take it well. In fact, they can become emotional, irrational, and angry and decide to blow apart your life by reaching out to your spouse and telling them about the affair. I’ve seen this happen more times than I can count, and nobody wins here.

One close friend of mine had the other woman show up on her doorstep screaming like a lunatic in front of her kids and it was traumatizing for the entire family. Even if you think the person you’re having an affair with is a rational, kind-hearted, would never want to hurt another person human being, I’m here to tell you—even those people can lose their f*cking minds when their hearts get broken.

3. You’ll get caught. We all know at least one person in our life who has gotten caught having an affair. In today’s digital age where so much of what we do is traceable, it’s easy for our partners to discover text messages, social media posts that seem flirty or suspicious, or even Venmo charges that don’t add up (I just had a friend discover her partner’s affair this way). Most people who get caught haven’t given a thought to the possibility of getting caught at all; hence they haven’t given a thought to how their life might crash and burn in the aftermath.

When a friend of mine discovered his wife’s affair, he furiously asked her what she thought he would do when he found out. She responded, “I never thought about it at all.”

Honestly, you should think about it. You should go into it assuming you will eventually get caught and figure out what you will say to explain the affair, what you would want from your spouse, and whether you’d be willing to lose your relationship for the other person. Too often, people don’t think about the possibility of getting caught at all, so when they do, they are completely unprepared for the series of dominoes that fall afterward.

4. Both of you agree to end the relationship. This is the least messy, yet often still painful, way affairs end. You’ve shared some special times together, learned a lot from each other, and grown and evolved through your time together. Yet you both realize it would be best to part ways and go back to your separate lives.

This often takes an adjustment period to make a clean break from each other and many couples find themselves still wanting to communicate or see each other. In time, the intimacy between the two of you will stop, and you’ll go back to your respective lives, but neither of you will ever be the same.

5. You’ll end up together. Many couples that start off as affairs fall deeply in love and end up together. Although some people would argue that an affair isn’t the ideal way to start off any new relationship, the truth is, some people were always meant to be together, even if their beginnings involved one or both of them being entangled with other people. It may be messy and complicated for a while as you separate from your old lives in order to be together, but many couples feel it’s worth any hardship they might have to go through to end up together.

However it ends, it is never easy. Affairs are complicated, confusing, and usually something we get into to solve other problems in our lives. At most, what we can come out with is a deeper understanding of ourselves and what we need to do internally to be truly happy.

How an Affair Can Heal a Relationship. The Best Explanation of Cheating I have ever Heard. Affairs in the Time of Loneliness: Why we Seek Connection Outside of Marriage.
See relevant Elephant Video