Winning the Battle over Addiction One Demon at a Time. 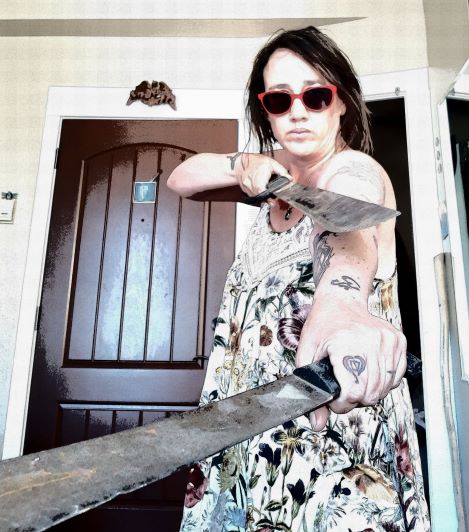 It wasn’t until day 41 that I truly understood what it meant to engage in combat with the urge to drink.

To not relapse, to not give in, and for the first time, to fight for sobriety with everything I had. Because, as I gloried in the victory of my first battle over alcohol’s reign, I forgot that there were more demons ready for war that sat quietly in the shadows.

Over the last few months, my home became a holy watchtower where I transitioned from drunk to sober. I self-isolated in devotion to abstinence and avoided all temptation. I rarely interacted or left my front stoop. I was completely protected from the temptation of social alcohol consumption while perched high above it on Clark Street. I stared through my windows for hours, observed, wrote, and waited for the obvious and imminent return of the Divine to congratulate me on successfully turning my back on whiskey.

Until this point, I had full control over my surroundings. I scoured every corner and was certain that alcohol and its cohorts were cleared out of my personal space. But today, I was to step out of my surroundings and into someone else’s, and I wasn’t ready for the sneak attack to come.

My dear friend, Amy, told me that she was moving back to Oklahoma at the end of the month. She invited me to her house for coffee and a homegrown breakfast. I hadn’t seen her much since the lockdown began, but whenever we did meet, there was a short burst of intense conversation and an equally intense embrace.

We were housemates for a while, drinking buddies, and confidants. We shared debauchery and some vulnerable experiences as we began our lives in this town. I adored her. So, with equal parts anxiety and bravery, I agreed to leave the safety of my tower and navigate through unmasked tourists, five staircases, and the glass-laden path to her apartment.

Our conversation wove in and out of recent events and the ones that shaped our friendship. She didn’t know I didn’t drink anymore, and though I thought many times to interject with the news of my recent sobriety, it never seemed to fit. We laughed and reminisced, and it just seemed like a real bummer to say, “Oh yeah, and by the way, all that fun and bullsh*t that we used to have together will never happen again because I don’t drink anymore.” So, I said nothing, to protect the sanctity of our memories.

When breakfast was on the table, she gathered all the condiments from the refrigerator and pulled out a cold, unopened bottle of Miss Sandy Jones, my favorite white table wine.

Instantly, my thoughts went to what it would be like to have just one glass. I could barely focus on the delicious meal in front of me. I could hear the bottle being uncorked. I could smell the fruit and fermentation. I wanted to wrap my hand around the bulbous curve of the stemless glass and lift it to my lips to taste the first crisp notes of buttery smooth summer wine on my tongue—fool’s gold in a glass.

I wanted to say something, to tell her that I stopped drinking, but I was silenced by the grip that my gaze held on the bikini-clad woman with the tumbleweed head on the bottle’s label. She stood there, in that yellow bikini, staring me down and dared me to make a move. I was completely locked in, and as I sat there in that 10-second showdown, I felt the split happen.

That single moment when I went from present to not present—when my desire for the drink overpowered the situation I was in and those around me. Hijacked by addiction, I was never able to register that timestamp before. Until that second, my moments between present and not present were somewhere between blacked out or passed out, or slurred together along with my speech.

Two distracting and loud thought-voices bickered in my mind. Some people describe the experience as having an angel on one shoulder and a devil on the other, both talking at the same time. I struggled to stay in the present as they went back and forth.

“I have to drive later.”

The debate seemed endless. Thankfully, what came with my renunciation of alcohol were the weapons of sobriety, and within that arsenal was a third thought-voice that I hadn’t heard in a long time. I could feel the rasp in my throat as the vibration of that ancient rattle rose above the others.

Voice of reason, is that you? Where have you been?

“The real question here is where have you been? And where are you now? Clearly, the answer is no wine. Do you see this beautiful meal that’s just been served to you? Do you smell the freshness of the lightly sautéed garden vegetables that were picked and prepared just for you? No, you don’t. You’re so busy entertaining and engaging with the argument around drinking or not drinking a glass of wine that you can’t appreciate the moment that you’re in. You’re not present. Wake the f*ck up.”

As if on cue, Amy picked up the bottle and asked if she could pour me a glass.

In my own voice, shaky but clear, I said, “No, thanks. I’m not drinking right now.”

And just like that the bottle went back into the refrigerator, the thought-voices disappeared in silence, and our conversation continued without a pause.

Because I stood in my truth and honored the commitment I made to my sobriety, I was able to wield my weapons to slay another demon. Though my skills were new, I stood my ground and made a clean cut.

I smiled to myself, and as I sank into my revelry, and I did so fully present, and graciously savored every bite. 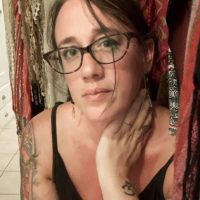 Jessamyn Ludwig lives high in the AZ hills. She spends her time slinging flapjacks and sass as she navigates the switchbacks on the road to sobriety. … Read full bio

43 Days Sober: Why I Finally Let Go of Alcohol during COVID-19. Alcoholism isn’t about Drinking too much: Alcoholism is about Pain. Un-Break my Heart—Why the relationships of Adult Children of Alcoholics Don’t Work.
See relevant Elephant Video