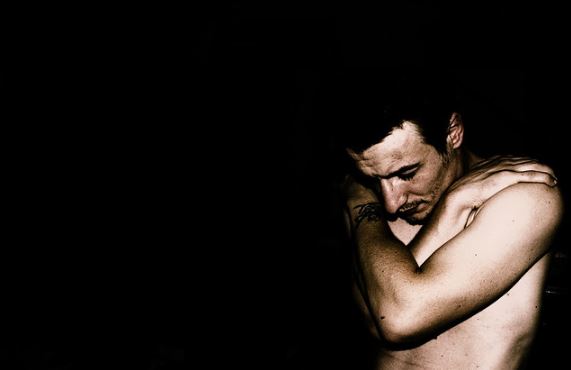 I feel sorry for people who think alcoholism is about drinking too much or too often, or think it is about willpower or weakness.

The stigma that keeps us whispering and looking away, also keeps those people wallowing in ignorance.

Alcoholism is about pain. It is about a failed attempt to medicate. It is about denying our reality and deceiving in order to hide from the truth. It is about the demise of love. It is the purest imaginable form of destruction.

I am an alcoholic. I spent 25 years drinking. The last 10 of those years, I was battling the disease of addiction. I had no fear of alcoholism when I started drinking, I was blind to the trauma and turmoil my disease caused right to my very last drink. Even nine, ten, eleven months into my sobriety, I had no idea what alcoholism was about. But, now I know.

Alcoholism isn’t about drinking at all. It’s about the demon the poison turns us into. The demon is annoying, crass, and disgusting when drinking. When that demon is sober, however, that’s when he’s really dangerous.

“I quit drinking for you, Sheri!” I screamed at my wife. “What more do you want from me?”

I was hurt. I was angry. I was also completely naive as to the damage my disease had done and the road to healing I still had ahead of me.

My wife was unimpressed with my sobriety. Alcohol had warped me into a careless monster. The transformation was complete. Stopping my drinking was the definition of too little, too late.

When I was a drinker, I said hideous things to my wife while drunk. I called her names, hurled curse words at her, and made her feel like everything was her fault. She could write that off as the ravings of a drunk. We both could. But that wasn’t the problem. It was the way I acted between drinking sessions in temporary sobriety. That’s where the pain lived.

I made my wife feel like at least some of it was her fault. If she would just get off my back, let me drink to unwind—if she would do that, my drinking would be joyful and relaxing. If she would drink with me like we did in college—just forget about the kids and house and the million responsibilities we had accumulated since our early 20s, then life would be a carefree party once again.

I was clutching tight to a fantasy. I was asking for the impossible. There was nothing carefree or relaxing about alcohol at that point. I was using booze to medicate the stress from those millions of responsibilities. I was drinking to make the pain of a crumbling marriage go away. I wasn’t having fun anymore. I was trying to forget the horrible things I said when I was drunk, by getting drunk again.

But it goes much deeper than that. It wasn’t just about my wife cutting me some slack and drinking with me like before. It was about me making her feel like less, so I didn’t have to face the truth about who I had become.

During my active alcoholism, in the sobriety between the times when I drank, I was arrogant, selfish, and angry. I said mean things as a part of the process of denying how broken I was. I made my wife question her parenting skills, I made her think our relationship problems were because she wasn’t loving enough, and I eroded her self-esteem by berating her decisions and questioning her values.

I said vile, evil, mean things when drunk. But I said more damaging things when I was sober. I might have taken the bite off of the language, volume, and savageness, but my sober words hurt far more than the things I slurred while intoxicated.

Alcoholism isn’t about the things we do and say when drunk. Not really. It is about the monster alcohol turns us into when we aren’t drinking.

I don’t like the word, recovery. I think it is too muted and lacks the emphasis that should be associated with the transition from the destruction of alcoholism back to health. That is not simply a process of giving wounds the space and time to go away. Returning to health from addiction is an enlightenment—it’s a rebirth from the warped demon that the poison made, back into a fully-functioning human with an open heart.

Alcohol is often described as a truth serum, prying secrets from us as our lips loosen and our filters evaporate. To an extent, that’s true. That is how alcohol works in some cases. The lowered inhibitions let the truth slip out.

That is how it works, until the poison takes over our soul. Then the truth no longer exists, and what alcohol pries out of us is no longer our deepest, darkest secret. It’s not how we really feel. It is the venomous spewing of our diabolical existence.

How do I know? How can I be sure that the insults I leveled at my wife, both while drunk and while sober between drinking sessions, were not how I really felt? How do I know alcohol isn’t the ultimate truth serum? How can I be so sure the words I used to beat my wife down aren’t the truth that lives in my heart?

I know because those words went away as I healed from addiction and transitioned back from the alcoholic monster I was for so many years. I don’t say those things anymore. Never. I don’t have to work to suppress the feelings of anger for my wife. I don’t feel those feelings at all. It isn’t a matter of alcohol setting my deep, dark secrets free. Those feelings no longer exist.

In order to truly treat alcoholism as a disease instead of a moral failing, we’ve got to assign the destruction to the disease—not the people. We’ve got to work through the resentment and make room for love in our hearts. My wife had to forgive me, and that was no easy task. But I had to release the idea that her reactions were part of the problem. Our relationship struggles weren’t her fault. Her parenting didn’t need work, and all of my insensitive criticisms were undeserved and thoughtless. It wasn’t her fault. None of it. I was to blame. More accurately, it was me and my disease.

I met an alcoholic a couple of months ago who was separated from his wife, and he was angry that she wasn’t interested in reconciliation. “I apologized for the stuff I did when I was drinking. I tried to make amends, but she won’t listen to me,” he said. I didn’t do this man any favors, because I couldn’t find the words to explain the part of the puzzle that he’s probably missing. For this man’s wife, it isn’t about his drunken alcoholic behavior, it’s about the sober asshole that she tolerated when he wasn’t drinking. That’s the guy who needed to go. But, he wasn’t ready yet. He was only a couple of months sober at the time, and I didn’t have it figured out well enough yet to share my own experience with him.

And that’s the tragedy of alcoholism in a society where we suffer in silence. We think alcoholism is about getting drunk and having lousy willpower. We don’t understand the personality transformation that takes place, so we aren’t informed or patient enough to wait to transform back. And we’re certainly in no condition to discuss it intelligently with others.

It’s important to acknowledge the damage we did in active alcoholism. It is life-changing to realize the demonic version of ourselves has been exorcised in permanent sobriety. When we reach the point that we can’t say the evil things that used to roll off our tongues, that’s enlightenment. That is salvation.

Sobriety doesn’t fix anything. It’s just the prerequisite to healing. Patience, open-minded communication, and hope are all necessary to transition recovery into enlightenment.

When we find the person we were meant to be cowering beneath the insidious possession of alcoholism, the feeling is indescribable. It’s really quite something to realize you’re not the asshole you’ve been pretending to be for years. When the truth emerges, that’s when healing can begin.

If you’d like to learn more about how my wife and I survived my transition from alcoholic cretin to sober nice-guy, please read our free ebook:
He’s Sober. Now What? A Spouse’s Guide to Alcoholism Recovery.

Sobriety Can’t Save an Alcoholic Marriage. The 2 Questions to Ask Yourself, (really ask yourself) about Your Drinking. The Arrogance of an Ex-Alcoholic. Sobriety doesn’t Fix Anything: the Pain Inflicted by a Post-Alcoholic Marriage. Breaking the Silence: 14 Traits of Adult Children of Alcoholics.
See relevant Elephant Video