I Visited a Pet Psychic. Should You? 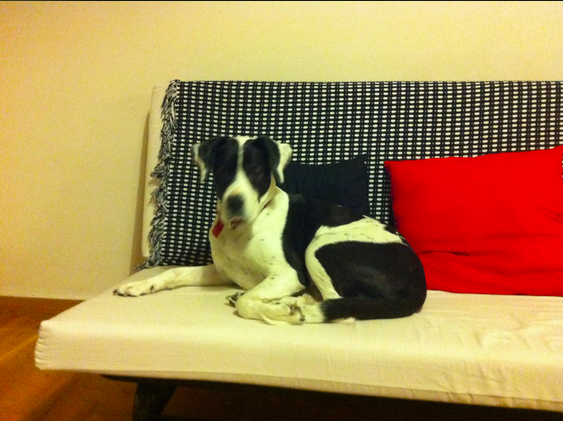 Many people know the story of how I moved to Greece with my dog and two cats in 2012 but only a precious few know how, just before our trip, I visited a pet psychic.

My dog, Roxie, had intense separation anxiety, and I was very concerned about how the 15-hour flight from San Francisco to Athens was going to go. Over dinner about two weeks before the flight, I was sharing my anxiety with my friend Sharon when she turned to me and said “Why don’t you use my pet psychic?  She’s great, we use her all the time for our dogs.”

Sharon and I have been friends since we met working at a Kleiner Perkins technology startup on Sand Hill Road in Palo Alto back in the late 1990s. She has an MBA from Anderson Business School at UCLA and a very successful business career. She’s sharp, strategic, witty and creative. Sharon is not light or ungrounded at all. In the Silicon Valley startup world, she’s kind of a badass, so when she mentioned her pet psychic, I was all ears.

Jai Jamsion of Wagtime Wisdom is actually what they call an “animal communicator.” She is based in Eugene, Oregon but as psychic readings access the Akashic record (an energetic library of all thoughts, feelings and actions), they are independent of time and space and so anyone can arrange for a psychic reading from anywhere. Since location didn’t matter I booked my telephone appointment with Jai, curious to see what would happen. In preparation for our appointment, she asked for pictures of all my pets and a brief description of the situation.

On the day of the call, Jai immediately put me at ease with her friendly, open, very professional manner. She smoothly explained “You will talk to your animals through me, and I’ll communicate from them back to you. It’s quite easy. What I want you to do is talk with me like you are speaking to them and describe, one pet at a time, the day of the move.”

I’ve done lots of strange and unconventional things in my life so none of this bothered me. I began…. “Hi Roxie.  In a week, we’re going to wake up earlier than usual. You’ll go for a quick walk and into a crate in a truck. We’ll drive to the airport, we’ll walk around and then you’ll get back into your crate. It’s going to be dark for a while, then you can get out and walk around but I won’t be there. Then you’ll go back in the crate, more darkness, then you’ll come out, I’ll be there waiting for you, and we’ll all go together to our new apartment.”

I repeated this basic scenario for each of the cats, Milo and Emerson, and then Jai said “I’m going to talk to them and then let you know what they are concerned about…”

Hearing someone channel your pets’ thoughts is a strange experience, even for the very open-minded. You quickly understand two things: just how much they observe and just how basic their needs are.

Roxie’s main question centered around water. How would she drink? This is interesting because as dogs go, Roxie was a very thirsty dog. She drank a lot every day and was a messy drinker spilling water around her bowl. I explained she would have water in her crate and when I also assured her that her feline brothers would also have water, she had no further questions.

Milo, the emotionally sensitive cat, was concerned about water for the whole team, but he also wanted to know what would happen if Emerson, his feline brother, escaped. This too was a good question because Emerson is super curious and always trying to get into new places. He hates being caged in… I assured Milo there would be plenty of water, the crate was secure, and no one was going anywhere until we were in our new home.

Emerson, the fearless one, had no questions besides “When do we go? Yeehaw!” This too is true to form-somehow the fear gene is omitted from Emerson’s DNA. As a tiny orange kitten, Emerson was found running alone down Highway 4 in the East Bay. A kind woman stopped and caught him. He started purring and has been purring almost non stop ever since. He’s spunky, confident, plucky and always in a good mood. Of my three pets, I was worried the least about Emerson. We could move to the moon, and he’d be fine…

We were almost done with the reading when Milo asked a follow-up question “Why are we doing this?” It never occurred to me that my pets would want to know…

I had to explain that I had decided to move to a new country, and the question was if I should take them with me. I said I thought it would be better if we all stayed together. And I explained I had no reason for my move across the world, just that it was just clear to me that it needed to happen. Jai said “He’s very satisfied with that answer. He likes it better than if you were moving for a job or something like that. Milo understands intuition. He has no further questions.”

This ended the reading which had taken about one hour. And it worked! From that day forward, things in our house settled down. Prior to the call, the pets had noticed things were changing, bags being packed, furniture sold or moved. They had been starting to act strange and anxious themselves, but this all changed after we spoke to Jai. As my anxiety grew with the approaching deadline, my pets seemed to become more at ease. The day of the move went perfectly smoothly. In San Francisco, I essentially checked two crates of three pets as cargo. I picked them up in Athens, 15 hours later, and they were all sitting calmly in their crates. Disaster averted.

I’ve gone on to use Jai for other things over the years and highly recommend her. If you have a dog who won’t stop barking or a cat who refuses to eat, Jai can act as the interpreter. But you may want to measure carefully who you share these stories with… I started dating a Greek guy shortly after arriving in Athens. The first time he heard the story, he laughed really hard and then turned to me and said “Don’t tell that story to people here in Greece… They won’t understand.” 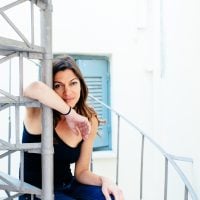