Terminated for Medical Reasons: my story of Loss. 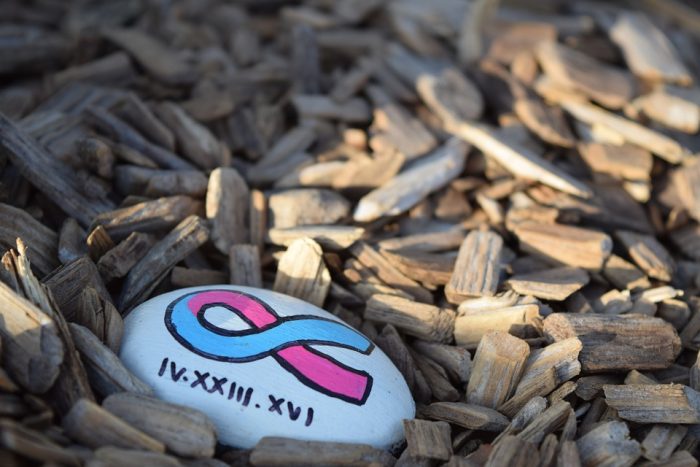 We often think of miscarriages, stillbirths, and neonatal deaths, and we unintentionally forget women who had to terminate a wanted pregnancy for medical reasons.

This is why I am sharing my personal TFMR (termination for medical reasons) story with you.

My story is one of pain, grief, sadness, resilience, and hope.

We decided to terminate our twin pregnancy on May 31st, 2013.

At eight weeks, I started to bleed, and I began to ask everyone I knew, “Did you bleed…? Is this normal?”

And everyone I asked told me, “Don’t worry, it must be implantation bleeding.”

But it got worse, and so I went to my doctor who sent me for an ultrasound, which confirmed I was pregnant with identical twins and had a subchorionic hemorrhage.

Cue in Dr. Google and searching for reasons why I had developed this, and then add panic and confusion.

My pregnancy changed after that. It was full of medical appointments, ultrasounds, and bad news. At 22 weeks, we were told by three specialists that we should strongly think about termination because my life was now at risk—I was leaking a lot of amniotic fluid, we had twin-to-twin transfusion, and my membrane had burst. I don’t think anything else could have gone wrong. Honestly, at this point, a miscarriage would have been a blessing…because what happened next was horrific.

We made the decision to terminate our pregnancy. I felt shame, guilt, loneliness, and overwhelm.

I didn’t think this was going to be my pregnancy journey and that termination was a word I would be using.

We had to wait a week, and it felt like a lifetime. I was numb and didn’t do anything to prepare myself emotionally or physically. I don’t know how you can prepare yourself for something like this. The one thing I do remember is that I kept telling myself that three doctors shared the same thing with me—that this was just meant to be—but it didn’t make it feel better.

The day came. I walked into the clinic’s waiting room, hiding my 22-week old pregnant belly, and I wanted to scream, “I don’t want to be here! I want to keep my babies!”

We walked into the room, and I can still remember the smell, the beige walls, the green floors, and the awful butterfly paintings above the bed. The doctor and nurses were there and it looked like it had already been a long day at the office for them.

I don’t really remember any comforting words, or maybe they did say something, but I was in shock and tried my best to disassociate from the experience. I can’t even imagine what my husband was thinking.

The next moment still haunts me.

The doctor was about to stop our twin’s heartbeat and invited us to watch the monitor during the procedure. I have no idea why because I don’t think it was something I wanted to remember—witnessing my babies’ heartbeats stopping on a screen.

As we left the room, I was told that my D&E (dilation and evacuation) would be in three days.

I had to carry my dead babies for three days.

I tried everything: I called, begged, and spoke to several people, but there wasn’t an earlier time available for that next step. So, I went home and stayed in bed for three days eating Chinese food whilst my husband had to go to work.

I didn’t tell anyone I was pregnant because it was a high-risk pregnancy from the beginning, and at that point, I believed in waiting 12 weeks before you shared, which I now strongly disagree with. As a result, I was alone with my dead babies and my Chinese noodles.

The day we went in for our D&E, I didn’t know what to expect—all I knew was that I wanted it to happen quickly. I just wanted it to be over.

I can honestly say that I now regret my decision and wish someone would have said, Jenn, take this moment to pause and think about what you really need here.

Five minutes before being wheeled into the operating room, someone came to see me in my shared room with four other women and asked us about funeral arrangements, therapists, and footprints. I was in shock and couldn’t hear anything. My husband was in shock as well, and he didn’t know what was going on, nor was he in the right mind to make decisions about funerals.

I took the books and papers and asked for nothing more, and this too was another regret I am now living with. I wish we’d spoken to someone a week before about how to prepare for the grief and the trauma.

I closed my eyes.

Suddenly, I woke up in a state of panic and started to shake. I asked the nurse for a blanket, and she ignored me, and then I shouted for my husband. My entire body was shaking and I felt so out of control.

They placed us back into the same room where other women were experiencing their own traumatic events, but again, I was so numb that I didn’t take notice. The nurse gave me cookies and apple juice.

They let us go that day, and I went home and ate sweets and junk food to numb and hide my pain.
Soon after, because I was in bed after a pregnancy (with the associated increased hormone), and had a D&E, I developed a blood clot and had to be rushed to emergency.

As a result, I didn’t really have time to mourn our precious babies. I was forced to figure out my health and I forgot to grieve—or maybe I chose not to grieve. Maybe focusing on my health was easier than the pain of grief and realizing what had just happened.

I didn’t start to really grieve for our twins until four years later when we lost another baby, Loey, at 39 weeks—a stillbirth.

At that time, I’d still been suffering from PTSD from losing our twins without realizing it. I found life to be a massive struggle, I barely could keep myself upright, and I didn’t understand why I was feeling so anxious all the time. I went back to teaching and then fell into a depression that was dark. It took my daughter’s death for me to realize that I needed to heal and feel the emotions from everything.

I saw a psychologist who helped me become aware of how my PTSD was manifesting in my body and how to heal myself. I became a conscious life coach and grief educator as I worked on my trauma and personal growth.

And I continue to heal every day because this doesn’t leave you. You only learn to integrate the grief into your life’s tapestry as best as you can.

I’m sharing this with you so that we can create awareness about TFMR and the diversity that comes with pregnancy loss. If this is you, I see you, and you aren’t alone.

Awareness is key. Support is essential. 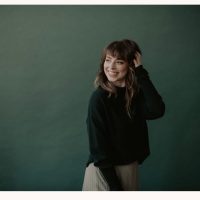 Jenn Hepton is the founder and creator of A Conscious Motherhood™. She is a conscious parenting and life coach who guides women in their motherhood journey from anxiety, con… Read full bio