The Chapters Lost when you Lose a Sibling to Suicide. 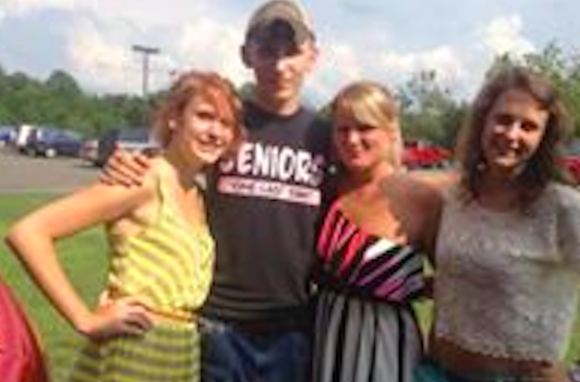 Losing a small piece of yourself. Your past, present, and future.

That is what it’s like to lose a sibling. When you lose them to suicide, it’s also as though they stole that piece to make themselves whole again.

No one talks about the brothers or sisters who are grieving. We are also grief-stricken with what is more than likely the biggest loss of our lives.

We are welcomed with hugs and condolences from everyone they knew, and those who simply want to show support for such a tragic loss. While they do this, the first question is always, “How are your parents?” As though our own pain is not justified or validated as enough to be asked about.

If you search for support for parents who have lost children to suicide there are many options. Group meetings, blogs, books, and plenty through social media along with the therapists who specialize in child loss grief counseling. When you take that same search and use the word sibling instead of parent, you will see your options diminish greatly. You’ll have to settle for a general grief counseling or maybe find a group for those who have lost those to suicide. Again though, most of the people attending will be parents.

How do you compete with that? That’s not to say it’s a competition to see whose pain is greater. I’m a mother—I know I can’t even begin to understand those deep and dark emotions of losing a child. My emotions are deep and dark as well.

I am one of four siblings though. I’m second to be exact, so I have siblings surrounding me. I have (or had) three people who have been a huge part of my past and, for the rest of my foreseeable future, should have all been in my life. Siblings were there as you grew up, as you figured out who you are, as you made huge mistakes, and during some of your life’s biggest accomplishments. They’re supposed to be there into your early adulthood while you stumble through life, fall in love, move out of state because you can, start careers, fall out of love and then in again, get married, have babies, screw up some more, and even more accomplishments.

Your siblings are people who have always been written into your story. When you skip ahead a few chapters to imagine the life you will be living, they’re still supposed to be there. Some chapters are devoted solely to them while others may not mention their character but they are there in the background of the story. They are meant to outlive your parents and be there for you. For your children to look at as a friend and to learn things like fishing or doing things we as parents wouldn’t necessarily allow.

When I lost my little brother to suicide, so many things were taken with him. He took a piece of my soul with him that he needed more than me. He needed it to make him whole, and I’m learning to live without it.

There are so many moments in those chapters he will be taken out of though. He missed our baby sister getting married to his best friend. He missed more puppies being added to our families. He missed the Packers in the playoffs. He will miss the first time my son goes fishing or drives a car. He will miss any other beautiful babies born.

He will never grow old with us.

He won’t be someone anymore who I can call on a Sunday during the football season to sit and eat greasy pizza with. He will no longer be the one who sends me text messages with nothing but a song title and artist. He won’t be with us when we do have to say goodbye to our parents or as we navigate life without them. No more holiday dinners with the whole family or something as little as running into you at the store by chance. A mountain-sized amount of memories that won’t be able to be made and written into our stories.

It should have always been the four of us. Saying the three of us now is still so out of place and foreign. I never know how to answer the questions, “How many kids are there in your family?” “Oh, how many siblings do you have?” “Is it just the three girls?” Do I say four and mention my brother’s death? Do I say three and then feel the sting of guilt for leaving him out? There is no right answer and, truthfully, I answer differently each time. Using the past tense when speaking of him is what hurts the most.

People ask about my Green Bay keychain I have, and I then explain, “That was my brother’s favorite team.” I see their eyes immediately divert from my face at the word “was.” The same for the pumpkins I carve with his team for Halloween to place at his grave. Everyone knows we’re a Steelers family but there are less and less moments we can still include him in. So, I carve the pumpkin and dress my son in their colors in an attempt to continue his spirit.

Losing anyone close to you is difficult to navigate but it is a different type of difficult when it’s suicide and a sibling. He was someone during the everyday moments that was one of four; all of us so easily knowing our places. Every sibling group has their defined roles in the story. Now, he lost his fight with his mental illness and removed his role, leaving a hole in our dynamic that we are still trying to piece back together somehow.

Please, don’t make my grief and loss seem any less significant than someone else’s.

I lost someone who should’ve been by my side for my entire life. The moment he was born I became a big sister. I became someone’s protector. Long before boyfriends or even best friends, he was there. He was our built-in best friend who we all could always turn to for all of our sister things.

Long after most of our lives had happened and we had built more memories of our families growing, he still should’ve been there. He should have been there in that chapter when we turned grey and retired with too many dogs running free, chasing the grandchildren around. He should have been in those otherwise uneventful chapters of more Sunday football games and fishing with his nephew who could have grown to look up to him.

He should have still been written into those chapters; it was such an easy and destined thought to have believed in.

That is what it’s like to lose a sibling

I’ve lost a small piece of myself. A piece of my past, present, and future. 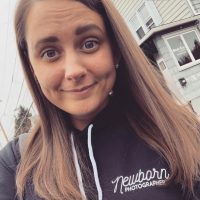 Brittany Walter is a divergent creator of all things my mind creates. Photography and writing are my vices mostly, but I also try and play a role in bringing awareness and bre… Read full bio