A Conversation with Ram Dass on Finding Hope in a Dark World. 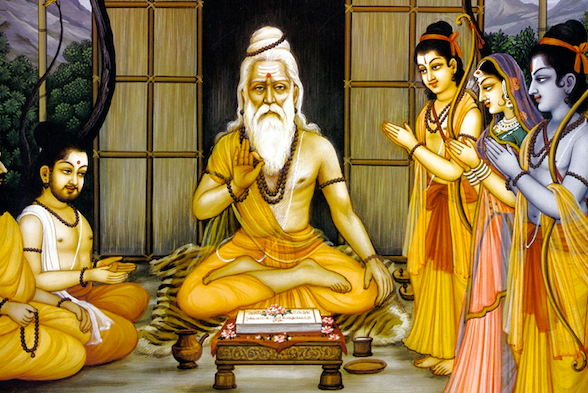 I was first introduced to the book Be Here Now in 1972 by the big sister of my high school sweetheart.

I had already been reading books like Autobiography of a Yogi, Christopher Isherwood’s book on Indian philosophy, and anything else I could get my hands on relating to Buddhism, Zen, Sufis, and Western mystics.

But there was something special about this book by Ram Dass, which brought everything together with a Western sensibility and playfully confirmed the value of a spiritual life. His book inspired many people to look in the same direction, like Steve Jobs who, after reading the book as a teenager, went to India in search of a teacher.

Ram Dass was continually active in pointing the way to inner peace until he sadly passed away in 2019. I had the good fortune to have a couple of hour-long video chats with him as I was writing my novel Nirvana Blues and his insights and knowledge were most valuable.

Listening to the recordings brought back a flood of good memories. We were constantly laughing, taking turns cracking each other up—it was like having a conversation with a New York stand-up comedian who had studied Eastern philosophy most of his life.

The first conversation happened when I was on holiday in southern Spain, chatting from a friend’s recording studio on a beach with a view of North Africa. It was 3 a.m., exactly 12 hours ahead of Ram Dass at his home in Maui. As I shared my story, he corrected me on some names from the Ramayana (the epic tale from ancient India) as it features in my book, and told me some of his favorite episodes.

He spoke a lot about Hanuman, the monkey god who helped the exiled prince Rama and represented devotion to God. He explained that when Rama’s wife was kidnapped, Hanuman was sent to her with a ring to show Rama was coming to her aid. This act symbolized God’s love for his devotee and that she wasn’t forgotten. Ram Dass also said that Hanuman had to be reminded he had the power to fly and this was an example of how we all have potential but need to be told.

The conversation was lighthearted, and I would occasionally tease him which prompted him to say that maybe I was Ravana, the 12-headed demon from the Ramayana. He said it in a joking way, saying my teasing him was a challenge to not get into his ego.

Toward the end of our call, his face started to zoom in and out of the screen. I was starting to wonder if I was having a contact high triggered by the tales of his psychedelic research at Harvard that preceded his spiritual quest. By then it was 4 a.m., so my mind was halfway in an alternate reality. Then I realized he was in a wheelchair, rolling forward and backward, ready to end the chat.

When I spoke to Ram Dass a couple of years later, we started talking about all the craziness in the world. I said that I believed we are at the bottom of the Kali Yuga (the darkest of the four Hindu ages), and he started laughing really loud and said that Yugas are a long, long period. He said, “We can hope, even if it is the Kali Yuga.”

“Why don’t we make it about turning the corner now. The young people are idealistic. There is plenty of it (idealism) around. There is hope. The Western teachers of real yoga are expanding now. There are teachers like one who’s got tattoos all over but is a wonderful yogi and teaches meditation to gangs in LA. Also, there’s a record by an Australian DJ who put my words to modern music and it’s great. The kids that are coming up really like it, but I can’t stand it. Rock ‘n’ roll was real music.”

He had read part of my early draft and said I was a good writer, which was a wonderful compliment to hear. He liked that I used some quotes from his early tutor like, “yogis in the jungle don’t have to fear snakes because snakes know heart.” He said if my characters can find peace, it certainly gives other people an idea that it’s possible, noting how I “get that Eastern stuff in the philosophical words of the characters.”

Turning to his early days, he said, “I’m disappointed that the 60s have not gotten more press, more attention. They were exciting and altering for society. They come into the culture now in the background. There is still a magic in that period. I don’t see most people are aware of it.” He went on to say that the media at the time had overexposed the 60s. He noted how psychedelics were involved in so many social actions and how the Chicago Eight took some of that energy. Referring to his early involvement with yoga I said, “New Age, what’s so new about it? It’s actually really old.” And he replied, “It was old, old, old!

I asked him if he had any hints for living a centered life. He answered:

“That would be karma yoga—taking your incarnation and making it into a yoga. You can watch the movement of your mind and watch the thoughts. Then, you become identified with the watcher and not have to get identified with your thought process. I do it with repeating Ram. That’s my anchor. The anchor can be your breath. The anchor can be identifying with awareness. Awareness in your heart space is identifying with the Jivatman (individual soul) or the Atman (greater self). I work with a little phrase which is: ‘I am loving awareness.’ Then you can be aware of your sight and your sound and can also be aware of thought. Now your attention is in your heart instead of being in your ego. Take a part of your day for this and just a part of it because it’s a little too demanding to take all of your life. Or take something where your desires are prevalent and get aware of your desires. Get aware of your interactions with other people. Get aware of your emotions. Get aware of your opinions.”

He mentioned my profession: “You’re living in a reasonably fast world of media and communications. And both of those are captivating. You’re like the brother of Ravana. He is trying to live within the demon community and still have Rama as his savior. And you’re sort of doing the same thing (laughing).”

I told him that’s an improvement because the last time we talked he called me a 12-headed demon.

He laughed some more and said, “So there is progress.” 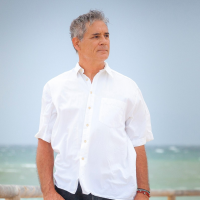 Chris Corbett grew up in Northern California where he was educated at the University of California in Berkeley and Santa Cruz. After moving to Los Angeles he worked for Playbo… Read full bio