“Don’t let the Bastards Grind you Down”—How Sisterhood will Dismantle the Patriarchy. 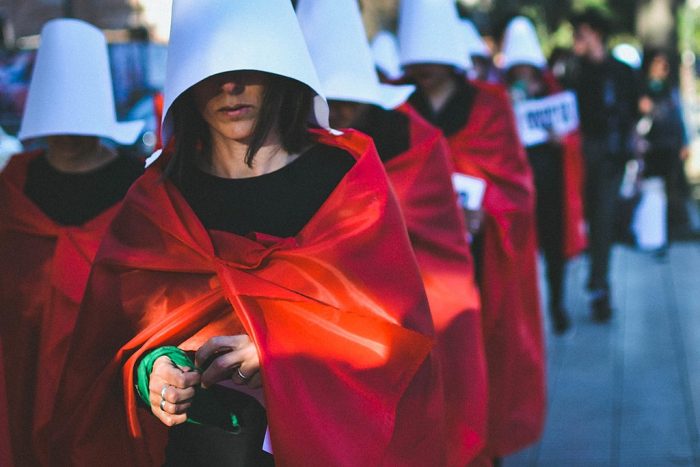 This week, I met myself in five years hence.

It was a profound moment. Feeling absolutely exhausted, I took a time-out one afternoon. Laying on the bed, I chose to follow an online visualisation. A few minutes later, there I was, greeting myself in a familiar cafe. I looked fresh and happy, eclectic and experienced. I looked like someone I would want to meet: nearly-50-years-old, stylish, wild, wise, and free. The future me smiled and offered me a pamphlet. It said, in large lettering, “Don’t let the bastards grind you down.”

A few minutes later coming round from this encounter, I reflected upon the message in my daydream. Don’t let the bastards grind you down. With this statement I felt a deep sense of knowing: One of those moments I get many more of these days, where I am absolutely sure everything is working out exactly as it should.

It hasn’t always been this way—not at all. 10 years ago things were different. I was about to have my second child, 12 years after the first, with my former husband. We had been going through a good patch, since his business had folded years earlier and led to bankruptcy and financial ruin. I had built up a new career, and we had moved into our own place, after skulking back to my parents’ for a while. On the surface things seemed good, and we pretended it to be so. But it wasn’t long before major dramas brought things to a head and our marriage failed.

I loved having my baby girl, but my mental health had taken a turn for the worse. And it wasn’t the first time in my life that deep sadness and anxiety overshadowed my days.

The difference then, and many times before, was that I didn’t feel good enough; there seemed no way of projecting positively into the future. The future was, well, completely blank.

All I felt was dread, guilt, and dissolution. And I was incredibly busy, having returned to a demanding full-time job.

“What is this life if, full of care,
We have no time to stand and stare.”

The opening line from the wonderful poem, Leisure, by W.H. Davies, played on repeat in my manic mind—like a boulder to the brain, alerting me to the dis-ease I was experiencing in my disconnected existence.

Poor mental health robs you of positive projection into the future and makes you incredibly vulnerable to the bastards that get you down. I was affected by everyone, a target for others who hated themselves, a victim of my own self-hatred, and easy prey for the oppression of patriarchy.

But something shifted once I found myself alone: the fear of starting again and making ends meet on my own was less daunting than the emptiness of staying put. The prospect of 50 years or so of nothingness was much more frightening!

My agency and resolve kicked in—I started to awaken.

I vividly remember the moment he left. I was doing the washing-up, when I heard the door close behind him. My body tingled, my shoulders dropped, I let out a deep sigh. I began to embrace my uncertain future. I reached out to my sisters and found the antidote to my slumber.

On the day of the visualisation last week, I remembered the message, “Nolite te bastardes carborundorum,” from Margaret Atwood’s devastating, but glorious, dystopian novel, The Handmaid’s Tale. This phrase didn’t originate here, or even derive originally from Latin, but it is incredibly significant to the narrative of Atwood’s story: revealed, etched, and inside a wardrobe as a hidden message from one handmaid to another.

It is “graffiti representing a ‘silent revolt’ by a ‘slave woman in a futuristic totalitarian regime’. And Vanity Fair called the phrase, a ‘feminist rallying cry,” explains Wikipedia.

Then I remembered, around the time I became newly single, I had written that phrase on the whiteboard in my office and I shared it with my protégé at the time. A younger version of me, she was also newly single. She’d been cruelly exited from the flat she’d been sharing with her boyfriend, and had even been sleeping in her car before I invited her in as a lodger. She became a true confidante and wonderful friend. She and I were both broken, but we helped each other heal in a way only sisterhood can.

It struck me as more than significant that this would be the phrase my future self would offer me now. I love synchronicity and the whispers of the soul; they guide you toward purpose and true meaning in life.

Don’t let the bastards grind you down has become an anthem for many women. Found tattooed on those who know the struggle and have fought (or are still fighting) their own bastards—those who celebrate the joy and wonder of sisterhood. Those awakening to their own truth, breaking down the myths of a system that has separated us so much that we have forgotten: sisterhood works.

Since 2010, I have awakened many times. It has not always been easy: the bastards always show up weaving their way back into my psyche, attempting to drag me back down. Yet, I rise, with the backing of my tribe and the women that guide me from afar: Maya Angelou; Rebecca Campbell; Louise Hay; Mary Oliver; Rupi Kaur; Fay Weldon; and Clarissa Pinkola Estes.

And from nearby: my best friends; my mother; my aunt; my sister-in-laws; my daughter; my step-daughters and their mothers; the women I work with; my clients; those at the circles I attend; and those I connect with online.

These are just a few of the wonderful women who have pulled me into the light and allowed me the opportunity to shine.

These days, I work for myself. I provide services exclusively for women, via coaching and healing, through sharing and sound therapy. The release and recovery I witness is rewarding. I can’t imagine not doing it now. And, having witnessed my own emancipation over the past five to 10 years, I fully trust and believe that the next five to 10 years will only bring more insight, more breaking down of barriers, and more amazing and powerful female encouragement. I can’t wait to meet myself then—for real!

So, don’t let the bastards grind you down.

Find solidarity, love, and support in the people who feel you—who get your vibe. Take care of yourself, seek answers from within, and, in doing so, prepare to find a more free and true version of you.

More on the Power of Sisterhood: 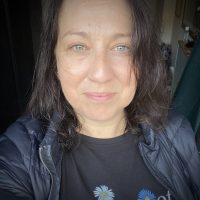 Rebecca Barabich is an Intuitive Guide, Wellbeing Coach, and Healer in the U.K., under the name Heron Moon. She left her PR and marketing career of 20 years, after experiencin… Read full bio