From Kuwait to America: A Heartwarming Story about the Unparalleled Power of Kindness. 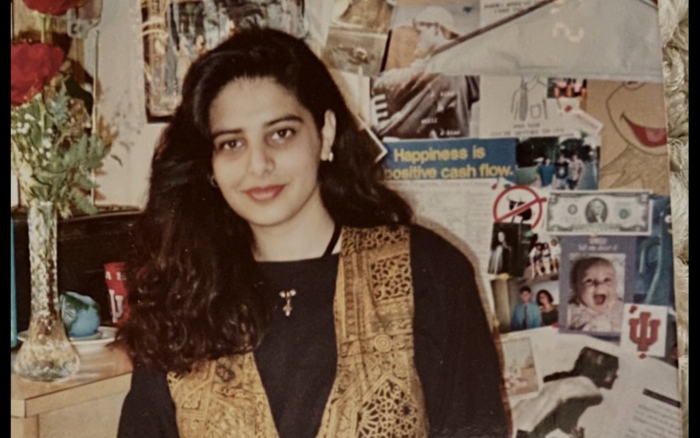 Twenty-eight years ago, I said goodbye to my parents and traveled 7,000 miles across continents to make my new home in America.

What unfolded in the next 48 hours was really a comedy of errors.

My flight arrived late at New York’s JFK airport, and I missed my connection. It would have been a miracle had my luggage arrived, but no miracles were observed that day; my luggage was lost. The next flight out was the next day.

Luckily, I had an uncle with whom I could stay the night. I arrived the next day in Indianapolis, Indiana, with just my handbag. An anthropology professor picked me up for the one-hour drive to Indiana University’s Bloomington campus to start my freshman year. I was so so excited!

He dropped me at the international student center (ISC), where I found out that all the dorms were closed for four more days! A volunteer PhD student at the ISC suggested I could sleep on the couch at the center for the next four days.

Having just left the comfort of my home, I was horrified at the suggestion, and he could sense my uneasiness. He then gave me all the coins in his pocket to use a payphone to call someone. After watching me struggle from the corner of his eye for a few minutes, he walked over to show me how to use a payphone.

I called my sister’s friend; she lived 2.5 hours away (and we had never met before). Michelle was the only contact I had in the state, so I asked her if she could pick me up. She agreed and said she would be there by five p.m.

Exhausted, hungry, and jet-lagged, I picked up a map to make my way to see my student counselor across campus, only to realize I had never seen a map before. I had no idea how to read it.

A kind and patient guy on his bike stopped to help and taught me how to read the map. He explained how you have to cross-reference the alphabet with the number and find the larger grid’s corresponding square.

Of course! It makes perfect sense. Why didn’t we do this in Kuwait instead of stopping and randomly asking people every couple of kilometers which way next?

This was a new world order. I’m the kind of person who punches 11 seconds on the microwave instead of 10 because it’s more efficient with your finger movement. I’m the kind of person who turns off the oven a few minutes early since the heat is contained and will continue the cooking—it’s more efficient. Now this, an ordered and efficient way to navigate the world, had just been shown to me.

Wow! America and I are going to get along fabulously.

I arrived only to find out that the counselor’s office was also closed. How could this be that everything was closed? Well, it was the year after the Gulf War in Kuwait—mail wasn’t functioning well. I guess correspondence was lost in snail-mail. Using my newly acquired map reading skills, I wandered back to the professor’s office to wait for my friend.

Five p.m. turned into 6 p.m., then 7 p.m., and then 8 p.m. There was no sign of Michelle, so the professor took me out to dinner. It was a five-dollar meal at a Tibetan restaurant called Snow Lion. Then we waited some more for Michelle. Eventually, at 10:30 p.m., she showed up. Her car had broken down and had to be towed!

We needed a place to stay for the night. The professor dropped us off at a Motel 6. The price? A hefty 35 dollars for the night. All I had was a traveler’s check and a 100-dollar bill that my dad’s American friend had given me in Kuwait. He told me that it was my emergency money, and he had noted the serial number of the bill.

He hoped that I would graduate without having to ever use the money. He said he had done the same with all three of his children, and every one of them graduated with that bill intact. It had only been 24 hours for me; I wasn’t about to use it!

The next day, I woke up, made my way to the social security office, got a number, and then walked to the closest bank to open a checking account. I deposited the checks and got some cash. Unable to understand the public transportation system, I walked back to pay the hotel bill. Michelle went to the garage to get her car. I then walked back to campus and got a student ID. After what seemed like an eternity of walking, we were finally on our way to her apartment 2.5 hours away.

That evening, we went to Walmart and bought socks, undies, and a hairdryer. (The hairdryer I still use today!) Three days later, when I was getting dropped back to campus in a rental car, I realized that my wallet had gotten left behind in the car.

There went my 100 dollars, social security card, and student ID. So I began the process all over again and got new numbers.

Even today, I’m still horrified that I lost the 100 dollars in my first week. But, in hindsight, I’m glad there were no such things as Skype, email, or cell phones. When I got my phone connected and called my parents a week later, they had nothing to worry about—everything had been sorted, even the lost suitcase.

I chuckle when I think back to those days, even though it didn’t seem so funny then. When I arrived from half a world away, I knew nothing about Indiana. Was it conservative or liberal, Democratic or Republican, religious or not? Heck, I didn’t even know if I was pro-life or pro-abortion.

All I saw were strangers, willing to help a brown-skinned girl with an unpronounceable name.

Those experiences have etched America’s character into my mind, and I have tried to live up to the standard for 28 years now.

As diverse as America is, it turns out America’s kindness is universal.

So, cheers to the many people who have helped on my journey, and a special thanks to America for all the countless character-building experiences and unparalleled kindness. 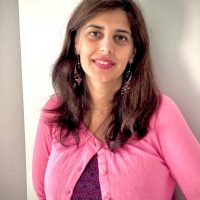