8 Ways to Give our “Happy Hormones” a little Boost. 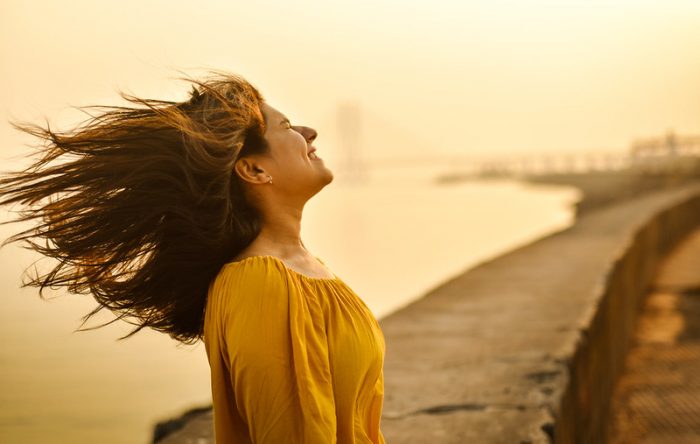 Have you ever gotten to the end of a book you really enjoyed or binge-watched your favorite Netflix show only to feel let down and depressed when it was over?

Why were you in such a rush to get to the end when the book was bringing you so much joy? Wouldn’t you like to hold on to that feeling?

Happiness is not something that comes to an end, like a book or a television show. Happiness is something that we can bring into our lives at any moment. It does not have anything to do with landing that job, finding a mate, or losing those 10 pounds—it’s in the little things, really. It is something we create from within.

Imagine a time when you felt “happy.” What were you doing?

My guess is you were engaging in an activity that releases one of the four feel-good chemicals in your body. These four hormones or neurotransmitters are often called our “happy hormones.”

What are they and how can we get more?

The four chemicals are:

Also known as the “feel-good chemical,” dopamine is a hormone and neurotransmitter that induces motivation and a desire to keep going. This chemical produces a rewarding feeling.

Dopamine motivates us to take action toward our goals and gives us a surge of reinforcing pleasure when achieving them. Low levels of dopamine often result in procrastination, self-doubt, and boredom.

If we break our big goals down into little pieces, we can keep a steady supply of dopamine flowing. Simple tasks such as making our bed or loading the dishwasher can give us rewards of dopamine when the task is completed. Those who get “high” from crossing tasks off from their to-do list know what I am talking about here.

Dopamine is also what drives us to finish that book or binge-watch all the episodes. But, when that massive high drops, it can leave us feeling depressed and let down.

There are things we can do to avoid that drop: Learn to enjoy every minute of life. Be happy now. Don’t wait for something outside of yourself to make you happy in the future. Focus on the journey and less on the destination.

Every minute should be enjoyed and savored.” ~ Earl Nightingale

Learn to savor the moment and prolong the activity.

Do you remember when we had to wait a whole week to see an episode of “Friends”? Create a list of backup joy, a second book to read, another series to watch.

“We tend to forget that happiness doesn’t come as a result of getting something we don’t have, but rather of recognizing and appreciating what we do have.”~ Frederick Keonig

Gratitude helps us shift from a mindset of scarcity to abundance. It is the little things that really are the big things. Keeping a gratitude journal by our bedside and showing appreciation to others will boost positive feelings.

Serotonin helps regulate our mood as well as our sleep, digestion, cognition, and memory.

Serotonin is released when we feel significant or important. Community activities boost serotonin levels. Low levels of serotonin can and do result in depression. Serotonin can be a factor in why people fall easily into gangs and seek positions of power.

Try reflecting on past achievements; it allows our brain to relive an experience. Our brain has trouble telling the difference between what is real and what is imagined, so it produces serotonin in both cases.

“Happiness lies in the joy of achievement and the thrill of creative effort.”~ Franklin D. Roosevelt

Keep a rockstar file: a file of your wins and victories. Have photos around or hang awards and certificates that remind you of when you felt important.

Acts of generosity such as volunteering, donating blood, or simply giving someone else a hand or a smile, can raise our serotonin levels and stave off depression.

“Keep your face to the sun and you will never see the shadows.” ~Helen Keller

Go to the beach.

Exposure to vitamin D has been shown to increase serotonin production, so get outside and get some sun.

Also known as the “bonding chemical,” this hormone is released with physical contact like kissing, cuddling, and sex. This chemical helps build intimacy and trust between individuals.

Oxytocin is released by men and women during orgasm and by mothers during childbirth and breastfeeding. Animals will reject their offspring if the release of oxytocin is blocked. Oxytocin is the glue that bonds people.

Reach out and touch someone. (After COVID-19 restrictions lift, of course.)

Often referred to as “the cuddle hormone,” a simple way to keep oxytocin flowing is to give someone a hug. Equestrian therapy and therapy dogs help heal by increasing a person’s oxytocin. This may also help explain why stuffed animals and baby dolls are an effective tool to lift the mood of people who are ill and/or have Alzheimer’s.

“To love oneself is the beginning of a lifelong romance.” ~ Oscar Wilde

The simple act of getting shampooed at the hair salon or getting a pedicure can create a surge of oxytocin in our bodies.

Endorphins are our body’s natural pain reliever. This chemical is released in response to stress or discomfort. Endorphin levels go up when we engage in pleasurable activities such as eating, exercise, and sex.

“Happiness consists more in conveniences of pleasure that occur every day than in great pieces of good fortune that happen but seldom.”~ Benjamin Franklin

Endorphins are released in response to pain. Similar to morphine, it acts as an analgesic and sedative, diminishing our perception of pain.

“Exercise and application produce order in our affairs, health of body, cheerfulness of mind, and these make us precious to our friends.” ~ Thomas Jefferson

The surging “second wind” and euphoric “runners high” or “yoga brain” are a result of endorphins.

“Laugh often, long and loud. Laugh until you gasp for breath.” ~ George Carlin

Laughter is one of the easiest ways to induce an endorphin release. Anticipating laugher also increases levels of endorphins. Planning to attend a comedy show or forwarding funny YouTube cat videos to a friend can boost endorphin levels, too.

“Live simple, love well, and take time to smell the flowers along the way.” ~ Mark Twain

Fix yourself some Mexican hot chocolate.

Certain scents, such as vanilla and lavender have been shown to boost the production of endorphins. Dark chocolate and spicy foods cause our brain to release endorphins.

If you want to feel happy, stop looking outside yourself, and create happiness from within. 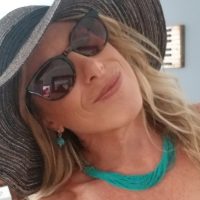 Jen Vallens is a lover of anything creative. Life is yoga, chess, art ,and music. She is the founder of OFF da ROOK Entertainment, an organization that runs chess tournaments … Read full bio