How Divorce Morphed Me from a Father to an Honest-to-Goodness Dad. 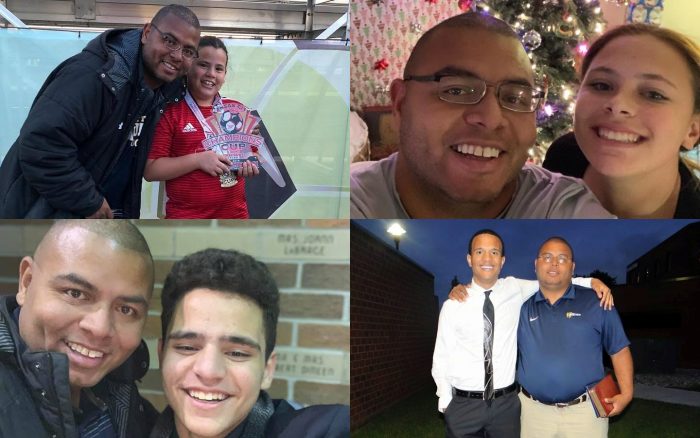 Prior to divorce, my understanding of fatherhood was formed from the perspective of an incomplete man.

In all honesty, when I became a father at the age of 20, I had no idea what it meant to be a good man.

I was young and clueless—even though I pretended to have everything under control. Eventually, I was able to provide the minimum for my growing family: a roof, food, maybe a little emotional support, and a false sense of egotistical control. I had a strict stance on being listened to because I said so; it’s a typical response when someone can’t think past their pride and ego.

I was falling into habits I had experienced in my childhood, but I knew that it wasn’t what I envisioned for myself as a father. I was projecting toward my children the toxic habits and narcissistic patterns from my failed relationship with their mother. I know that I wasn’t a total failure as a dad and my kids knew I loved them…we had good relationships, but it wasn’t everything that I desired.

I wanted to change, to be a better man for them.

When their mother and I separated, I realized I had a chance to change myself and my relationship with my children. Following our divorce, I struggled to forgive myself for displaying poor leadership, love, honesty, and character.

I was fighting an unwinnable war—every battle was filled with so much resentment, pain, and hurt. I was forcing my kids to endure these battles with me when I should have been lifting them out of the darkness and into their own light.

Before our separation, I used my kids as pawns in manipulative assaults against their mother. In the course of my toxic relationship, I lost sight of the vulnerability of my children. They were clearly being affected by my decisions. I was modeling the selfish behavior that I would encourage my children to avoid themselves by forcing their mother to suffer emotionally and mentally so I could feel strong. I was directly affecting their future relationships with their spouses by forcing them to live through the experience of an unloving, unkind, and toxic relationship.

I love my children very much, but in that season of my life, I wasn’t the best version of what a father should be for his children.

Their mother had lost all respect for me and I had done the same for her. She asked me to leave several times, but I refused out of spite for her. I failed to protect my kids as I tried to force her to love me. I was willing to go down in flames to get my way. I did just that I burned myself into ash, and they felt the heat on their tender hearts.

Over the past two years, I have been determined to win back their trust.

It’s easy to forget that our children are individual human beings. In stressful situations, they also build walls to protect themselves from hurt and pain. After accepting the truth that I had failed them, I started to see a slow and steady change in our relationship. I admitted my faults directly to each of them and began focusing my goals on striving to become the father they deserved.

I have no disillusion of being their best friend, but I do want to be a kind and intentional father. I look forward to growing in friendship as my kids get older and more mature. As a result of our developing relationships, their responses to me have greatly improved. I deliberately listen to their version of the story when needed and avoid the small battles for the greater wars. I’m more relaxed and consoling because I know that they are typically upset about something other than what is happening in the moment.

Most importantly, I’ve learned that my children need to be heard.

Now, my children experience a more open and loving father. I work to create a safe place for them to discuss what’s happening in their lives. This calm environment allows them to feel comfortable to share their frustration. When they are upset, I encourage them to take time to themselves and thoughtfully consider their actions. When they do this, I’ve found that a beautiful thing occurs—they take individual responsibility and accept the consequences with hardly any pushback. I’ve found freedom in no longer expecting perfection from myself or from them.

Over the last year, I can truly sense a real change in our relationship. We have a stronger love for one another and deeper trust in our relationship. We consistently say, “I love you” for no reason at all. I’m experiencing the blessings from these changes through their individual behaviors. My 12-year-old spontaneously hugs me while I’m working from home and shares her appreciation for me. My 17-year-old son and I walk together, and he turns to hug me “just because.” I feel myself growing in compassion when I surprise my adult daughter with ice cream on a tough emotional day. My oldest son has discovered that he can call me at any time and hear a voice that’s not judgmental, even when I don’t agree with his decisions.

More than anything, this journey has taught me that fatherhood is so much more than being authoritative and having control.

It is reflecting love and kindness against all odds.

It is displaying vulnerability when you’re also afraid.

It is relinquishing control and respecting their adult decisions when all you want to do is protect.

It is being patient when you are beyond frustrated.

Ultimately, I’ve learned that real fatherhood is loving yourself and sharing that patient, unconditional love with your children. It’s being the best version of yourself as much as possible—while accepting that you will have bad days. And when those bad days happen, it’s being quick to apologize so your kids don’t blame themselves. I want my kids to understand the deep meaning of a real apology. More than just an “I’m sorry,” a true apology has depth in describing exactly what motivated your action and an acceptance of your wrongful behavior.

As parents, we are older and wiser than our children, yet we never stop learning. This process is rigorous, and often terribly difficult when you unexpectedly find yourself a parent through consequences of your immaturity and irresponsibility. In my eyes, fatherhood is too often portrayed within a false sense of manhood. I want my children to know the truth—that strength is really found in your sensitivity and vulnerability. My sons are discovering that it’s okay to reject the so-called definitions of manhood they see and hear about on TV, movies, sports, or social media. I hope to model for them that really strong men hold up and protect the weak, especially their children.

Fatherhood after my divorce has become a blessing from God. It’s granted me the ability to step back and reflect on how I allowed the shame, guilt, dishonesty, and selfishness of a broken marriage to blind me from the truth of who I was and should be as a father. I trust that my faith will guide me along with God’s tender love and mercy. I have come to know true strength and fatherhood through the heart of Christ. I know that surrendering my weaknesses to Him has allowed me to accept His love in my life.

If God the eternal Father can give a lost man a little bit of grace, then I can surely pay it forward to my children as well. 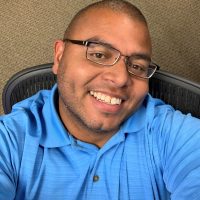 William Ragsdale is a divorced father of 4. From the divorce, he had time to invest in rediscovering so much of who he was. For years, he had been lost to the world. He was hi… Read full bio