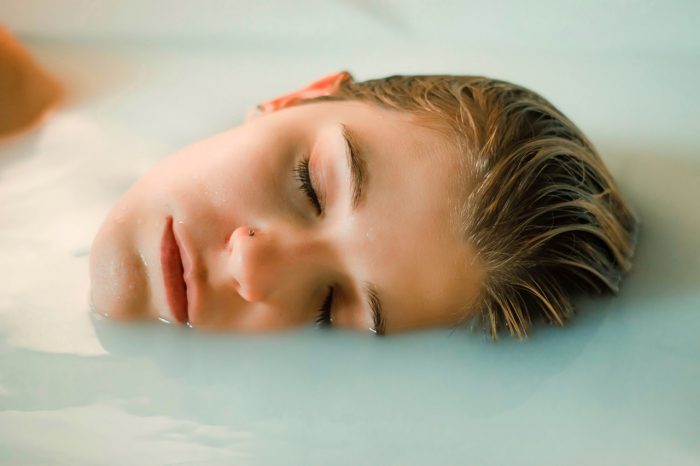 Growing up, my mother was the holiday queen.

There was not a single holiday that she didn’t honor in some way. She shared a birthday with George Washington, so every year, we celebrated her life as well as receiving free history lessons.

On Memorial Day, we had over 200 people in the house—not exaggerating. On Halloween, she had black cat and jack-o’-lantern wall hangings everywhere; cute, spooky knickknacks on the mantle; and she went crazy making the best treat bags in town. Kids came from all over town to get those bags.

November first brought the Thanksgiving season and the unofficial start to the Christmas season—out came the harvest-themed decor. Cornucopias, gourds, and wreaths of colorful leaves adorned every surface.

Thanksgiving itself was spent with an uncle and cousins and an open door policy for anyone who was alone, struggling, or whatever. Mom always had a 25-pound bird and all the fixings. We would bake pies and cookies for two days straight.

Christmas began immediately after Thanksgiving. The tree went up on Black Friday, dad would retreat to his room, and we would decorate the tree. Our tree was always the best—tons of lights, no matching, no color scheme.

There was a glorious array of ornaments of all colors and designs—from handmade and fragile to weird and funky. Of course, the baking season was well underway with a complete gingerbread house from scratch, and dozens upon dozens of different cookies. The spicy scent of cinnamon permeated our home for a month.

In January 2008, my mom passed away after a yearlong battle with severe heart disease. I was nine-months pregnant when she had a massive heart attack, rendering her heart function at 25 percent. I believe she hung on to see her only grandchild’s first few months—her first Christmas.

The first year after losing someone, like a parent, grandparent, sibling, or anyone we were extremely close with—so close that they make up the very fabric of our day-to-day existence, as well as the special ones, such as holidays—is the worst year.

Grief fluctuates stages, sometimes getting stuck in a stage. On the contrary, maybe we feel strong in dealing with our grief until the holidays hit and we bottom out when it hits us that it will never be the same.

That realization after feeling healed can really take us down a notch or three.

That first Thanksgiving was a nightmare. My in-laws kept asking what the plans were, and I had no answer. This was frustrating for all, and it put even more guilt on me. I was the hostess—it was my responsibility to put on a holiday feast for a number of people.

All I could think about was that I could never compare to Mom. The day before, we went and got a turkey and all the fixings. Later that night, I went to make Mom’s apple pie that I know by heart and had a massive panic attack. My husband ended up doing most of it while I gave directions while hyperventilating.

Christmas was worse. It is supposed to be magical and cast a dreamy glow on life for a while. Families, all snuggled up, watching Peanuts or Emmet Otter while the tree twinkles with an overabundance of lights, mantle softly lit with candles. Well, the tree was gorgeous with a ridiculous amount of lights and a hodgepodge of ornaments.

The problem was me. I had no spirit; I had no smile even. When I used to watch every Christmas movie on TV, I turned up the rock music. When I would have normally been baking my hands off, I made frozen pizza too often for dinner and burnt it more than once. Every day, I cried. I worried about my dad who had lost his spouse of 47 years.

I was deeply grieving, and it was okay. What I was not prepared for was these feelings to be around 13 years later.

Since my divorce, several years ago, our daughter splits the holidays. She goes with her dad for Thanksgiving and Christmas Eve, coming home noon on Christmas Day. It’s quiet. I’m an only child, and she’s an only child. So it’s just me and dad. If it wasn’t for him, I wouldn’t celebrate Thanksgiving at all.

But he expects turkey and fresh stuffing, so that’s what he gets (and pies for dessert: chocolate and pumpkin). Even though he has Alzheimer’s and won’t remember in the morning, having him happy on the holiday is my goal.

The depression is deeper than cooking woes. There is also guilt. As the mom, it is typically up to us to make the holiday magic happen for the kids and entertain the guests. When we are so depressed that the thought of making a simple pie causes us to hyperventilate and we have to explain to our toddler why the Santa books make us cry, we feel like a failure.

On a side note, I think it could also be a generational thing. If we go back and look at pictures of holiday celebrations from our parents and grandparents’ younger years, things looked quite different. Everyone was dressed in their Sunday best. The children were in suits or fancy dresses. The women wore heels and were perfectly coiffed, as if they hadn’t been in the kitchen slaving away for two days.

There are some things that are still good. Now, I can bake again. After moving back to my childhood home to take care of my father, I could not bake in the kitchen where I learned to cook, where my mom made the magic happen. Christmas lights are still the best part of decorating—there cannot be enough lights! The tree is still mismatched with ornaments from my youth, that my daughter made over the years, and ones that just show up.

My door is open. My phone is on. If you’re struggling this holiday season, know that you are not alone. 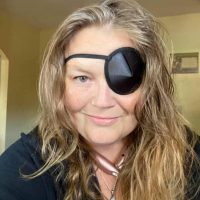 Alycia Martel is a stay-at-home mother to her 13-year-old girl, and full-time caregiver to her main squeeze, her dad, who has Alzheimer’s. She is a pagan, whose soul bel… Read full bio

Surviving the Holidays while Grieving. Healing our Hearts: What to Do with Holiday Grief. Finding the Joy & the Beauty & the Wakefulness of Holiday Grief.
See relevant Elephant Video