Snuggling Life—How a Cave Healed Me. 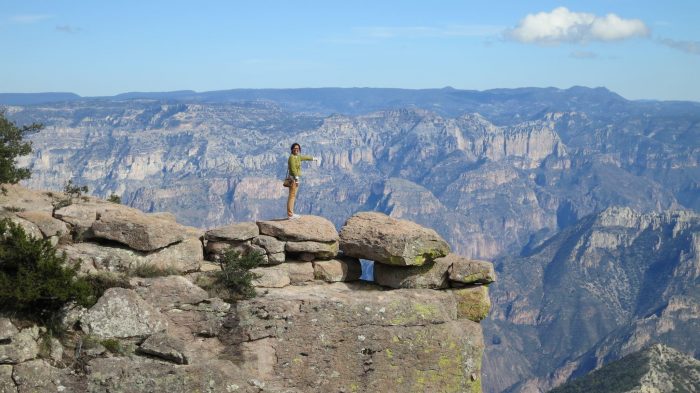 This year, I turned 40, and I decided to spend it sleeping in a cave.

Fine, a cave hotel, which I have miraculously found while searching for remote, socially-distanced safe things to celebrate this milestone birthday in some way.

An article referred to this cave hotel as one of Mexico’s hidden treasures, even comparing the arid landscape—where it is located—to Cappadocia in Turkey.

Well, I definitely won’t be flying on any hot air balloons, and this place is beyond even the back of the beyond, but honestly, I don’t seem to mind. It seems like the perfect fit for me; for this year that so many others have lived through in so much agony.

I won’t deny that even for me, there have been moments of destabilizing doubt, frustration, loneliness, and perhaps, just plain boredom. However, I feel like this year hasn’t actually been the worst for me, just yet.

My life has been the liquid form that has comfortably taken the shape of quarantine. We have nestled like a kitten on a pillow into a deeply relaxed give and take. It really hasn’t gotten out of hand.

Reminiscing back on the year—in terms of the big stuff—I feel this year is actually going on the track that I set it up for. It happened on a sunny afternoon sitting on a garden bench furiously scribbling away in my journal on New Year’s Eve.

I was in India when the year began, spending time with my family, recording my mother’s ancient recipes and investigating their origins, which she shared with me so much. She also shared what kinds of cooking oils were used in her house as a child and so much more. I devoured it all: the listening, the food, and, most importantly, the passing of time with family in the most comforting and excruciating ways.

My partner, who would be traveling to India for the first time as my husband, arrived sometime in February.

I remember him mentioning the coronavirus; I smugly attributed his concern about travel to getting the jitters about India. I remember even saying that he was paranoid to think that India, the motherland of infectious diseases, could not embrace another one in its fold without as much as blinking.

I was wrong obviously, but he did, to my ever thrilled heart, make the trip just fine. I have a photo of him drinking sugarcane juice at a juice shop on the street, with a plate full of suitably oiled roadside snacks causing him to smile from cheek to cheek.

Before heading off to the beach for a few days, we even had a small celebration at a little Thai restaurant nestled away in an old hotel with a lush garden. A motley crew of friends and family—my sister saying a few words that got us all teary-eyed—before we toasted our turmeric-infused gin cocktails.

We spent our last few days in India at the beach with friends, eating exquisitely cooked giant portions of seafood and drinking sultry beer. I remember on our last beach day—just a few minutes before we left—dolphins swam really close to shore with their fins gleaming in the midday sun.

What a positive omen that seemed like as we embarked on our long journey to the north of Mexico from that sunny beach in India.

We spent two days at the hotel on the border, sleeping and recovering from the trip. I even had one last swim in the hotel’s warm pool, feeling rejuvenated for our trip and time back in Mexico—which I knew would be for the rest of the year.

As soon as we got back, the world went into lockdown. For three months, we stayed in, spring easing its way into summer, which is the best time to be here. We became local tourists, discovering unforgotten towns around where we live.

We started walking every day. We were simple people, becoming even simpler. Every day, I asked myself: has my life really changed? I knew it had in certain ways and will continue to do so, but in so many other ways, it’s found a way to chug along.

I was meant to teach an education course for adults over spring and summer, which miraculously took place for three months with a small group of students.

I got to enthusiastically set up and create a course I wanted to experiment with for a while. The government allowed groups of 10 adults to be in one place at a time, so it happened.

For three months, I passionately shared the philosophy of early childhood education that moved me deeply with seven eager students. In that little oasis of an environment, we formed a small little community for the summer.

It was perfect—the give-and-take and to know that I had it in me to create and offer the essence of a methodology that I had held so close to my life for many years.

Of course, the money didn’t hurt either. When I would hear people complain about the virus, I would secretly feel guilty because I had never felt better.

I suppose that’s another reason why this year hasn’t been that bad for me. Maybe, because I know how to live in the moment and make it work in the here and now.

I have never been one for working toward anything in the future—and this time—that seems to have worked in my favor.

I almost want to say that this year has been seamless. I am feeling grateful for having the opportunity to not have to work to have more than my basic needs covered. That made things even more comfortable.

We have a kitten to keep us company. A precious little black and white furball who reminds me of Frida Kahlo’s spider monkey: Fulang Chang. We named our kitten Nube because the night we were deciding if we should get a kitten the clouds conspired and we saw a cat in the shape of a cloud. We knew she had to stay with us.

Nube and I have been inseparable, and I secretly believe she thinks I am a part of her. Almost like a mother and child in their first few dizzy months of life. We are close and playful and follow each other’s routines: sunbathing, afternoon nap, meal times, and much more.

I have never been happier with cat company; I am obviously on my way to becoming a cute, old cat lady.

I dream of the night in the cave hotel, my feet in the jacuzzi, and feeling snuggled by life.

I remember turning 30 in a burlesque bar in New York, which was so appropriate for that time in my life. Ten years forth, I am dreaming of the cave hotel, in which the cavewoman is me.

I can’t help thinking about what my life was like. I just want to bask in this aptness for a moment.

Until I actually turn 40 and begin to freak out. 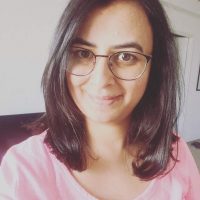 Bulbul Hasan is an unconventional traveler, her heart lies with all kinds of places and people..Born in the hill town of Shillong in India, her restless heart has taken her on… Read full bio