No matter how far we’ve Fallen, we can Recover. 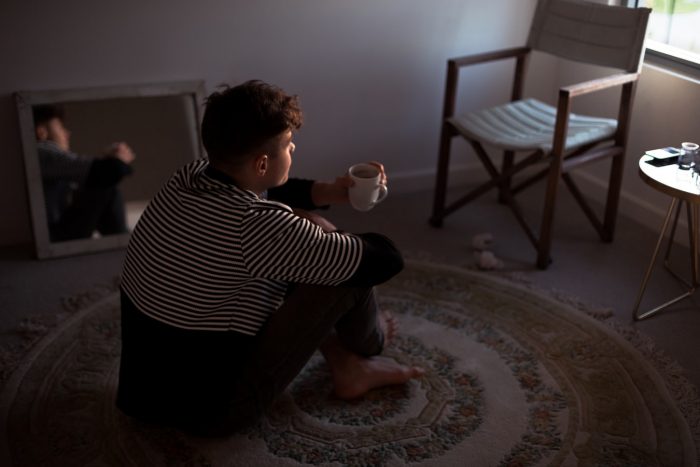 Eleven felony convictions, forty misdemeanors, several overdoses, countless trips to the ER, and once being held hostage by the Mexican Mafia—I had plenty of reasons to stop using drugs.

But it seemed I was determined to continue to the bitter end, and I was looking for death around every corner. It wasn’t until my fourth prison sentence that I started my ascent from the swirling pit of despair I had created in a 25-year drug addiction.

I won’t take you back to the very beginnings of addiction for me—in my teens. But 2004, when I was 30, I was arrested for giving assistance in a homicide. I had agreed to give this guy, Juan—whom I thought was just a street level dealer—a ride from Oregon to the Ozarks. It turned out that Juan was a member of the Mexican Mafia and was the eighth most wanted man in the United States. Once we started our wild ride, he turned hostile and then, quickly, volatile. By the end, he had killed two people in Washington state, kidnapped a woman in Idaho, and threatened to shoot me and my family if I didn’t do what he told me to. Ultimately, Juan shot himself through the head in my car. I ended up being sentenced to five years in a prison.

Wouldn’t you think that would sober me up? It didn’t. I had been using heroin, daily, for about 15 years. When I got out of prison that time, I did want to stay clean. I thought that if I got the things I wanted—the car, the girl, the house, some money—I would be too happy to want to get high. But it doesn’t work that way—or, at least, it didn’t for me. I got all the “stuff” I’d wanted, but then I sabotaged my success by getting high. So, I wasn’t capable of handling success, and I surely wasn’t equipped to deal with failure. I ended up going back to prison three more times for drugs. The third time I was released from prison, I was out for only two weeks before I was picked up for possession. I wasn’t using, you understand, but I’d kept a bit “just in case”—and then I was with the wrong people in the wrong place at the wrong time. Those were all choices I had made. After that arrest, something in me snapped. I was so combative, even with handcuffs on, that the police stripped me and threw me into the jail’s suicide tank. It wasn’t the cops I was mad at; it was myself. I was literally beating my head against the concrete wall in my cell.

As I sat in that cold blue cell, I focused on my self-inflicted pain. First, there was the blood running down my face from the cuts in my forehead. And there were the deeper wounds: the hundreds of track marks that littered my legs and feet. I sank into sadness. There wasn’t enough dope in the world to extinguish the feeling of hatred I held for what I had become.

Two weeks later, I was back in prison, finishing the time that had been revoked from my previous sentence. I was back in the same unit with the same guards. I could see that I had lost the power of choice. Who in their right mind would ignore the consequences of getting in touch with a flakey old girlfriend, going out on the town, being with people who were getting high—it was one step away from getting high myself. Obviously, I was driven to seek these drug-induced moments of oblivion.

All these thoughts were running through my mind as I sat in that prison cell. Here I was, in another life-shattering disaster. Suddenly, I saw that I had chosen to be here. Who I had become was the sum total of all the decisions I had made up to this point. This moment of clarity temporarily silenced the tyrant that had always ruled my mind. And my newfound inner quiet gave me the opportunity to receive some guidance from a power greater than myself.

I literally got down on my knees. It seemed there was only one path left, one option that was still open—and that was to surrender to a higher authority. I bowed my head on the cold concrete floor and said, “Help!”

I got up then and paced that five-by-nine cell with a brand-new passion for change. Instead of trying to avoid my fears, I decided to walk right through them. That story is too long to tell right here. But the other important perspective I gained in this moment was to know, beyond doubt, that I needed to seek direction from someone who had recovered from this state of mind and body that’s known as addiction.

This was December 28, 2012. I was released from prison four months later. By that time, I had been going regularly to Alcoholics Anonymous meetings in the prison. I had arranged for one of the AA volunteers to pick me up from my brother’s home, where I was living, and take me to an AA meeting on the outside on the first day I was out. I worked AA’s 12 steps, and when I finished, I started all over again—and started volunteering to help others.

So, I actively looked for help—both divine help and other people who have successfully walked this path—and once I got my footing, I reached out to support others. Since then, there have been bad moments in my life, of course, but I have not found it necessary to use mind or mood-altering substances since that first day in 2012. That’s my clean date: December 28, 2012. By helping others, being honest, and working on my personal development every day, I have moved into a new way of thinking.

I would say that by building my life around my recovery, I have obtained serenity and a new kind of freedom. I graduated from the National Academy of Sports Medicine and became a personal trainer in 2014. I published my first book in 2015 and was featured on NBC, ABC, and CBS and sold over 5,000 copies. I bought my father’s construction business in 2016, the year before he died. The company continues to grow and support my family. In 2018, I married a lovely woman who is herself in recovery. She had three children from a previous marriage. We are now raising four children—the last was my first child—and we’re about to purchase our first house. I have to say that sobriety has given me gifts I would have never dreamed I could obtain.

I don’t mean to brag about what’s going well in my life. My point is that if you feel that your life is hopeless and you’re tired of being fueled by drugs and alcohol, there is a way out. There is hope. There is life after addiction.

No matter how far down the scale you may have fallen, you can recover. You deserve all the blessings this world has to offer, and when you improve the quality of your thinking, the quality of your experiences will improve as well. Recovery is within your grasp. You have to decide that you’re going to get some help in going for it. 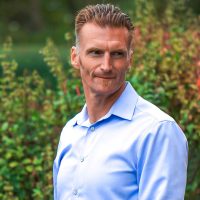 Mark Tucker’s story is one of addiction, murder, and hope. As a recovering heroin addict of 20 years, he served four prison sentences due to heroin and was held hostage by t… Read full bio