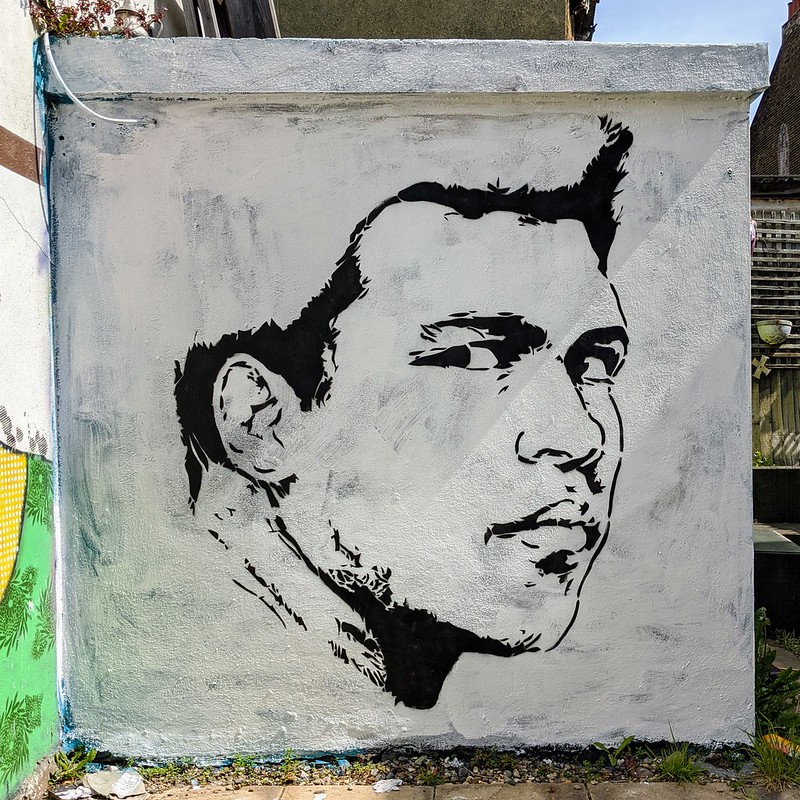 A pair of boxing gloves that my favorite uncle kept in his red car is one of my earliest childhood memories.

I believe that my fascination with boxing started then. I still recall how we used to watch the “Rocky” film series together and boxing matches, way before the UFC even existed.

Back then, I admired Ali, the boxer, and the champ, but I never really understood his decisions or the path that he had chosen to follow. As I grew older, my love for boxing did not stop, but my passion for reading overshadowed all my other interests. This is when I was totally mesmerized by Ali, the soul.

Out of curiosity, I watched Ali, starring Will Smith, and read his autobiography. I couldn’t help but admire the man behind the boxer. Recently, I started reading The Soul of a Butterfly, and I can say that Muhammad Ali was truly great.

I have so much respect for the man whose unwavering conviction nearly cost him everything many people would have killed to have. How many people do we actually know today who would be brave enough to stand in the face of injustice the way he did?

On January 17th, 1942, one of my personal favorite heroes was born in Kentucky. I would need a book to list the qualities he had and the words he uttered that inspired me. However, I tried to limit them to these 30 immortal quotes that left me “floating like a butterfly” after meditating on each and every one of them.

“A universe of doubt could never erase, the faith his heart has embraced.”

“You don’t have to be in a boxing ring to be a great fighter. As long as you are true to yourself, you will succeed in your fight for that in which you believe.”

“A rooster crows only when it sees the light. Put him in the dark and he’ll never crow. I have seen the light and I’m crowing.”

“Truly great people in history never wanted to be great for themselves. All they wanted was the chance to do good for others and be close to God.”

“We can’t be brave without fear.”

“The greatest victory in life is to rise above the material things that we once valued most.”

“Wisdom is knowing when you can’t be wise.”

“My wealth is my knowledge of self, love, and spirituality.”

“You lose nothing when fighting for a cause…in my mind, the losers are those who don’t have a cause they care about.”

“Live every day as if it were your last because someday you’re going to be right.”

“Hating people because of their color is wrong. And it doesn’t matter which color does the hating. It’s just plain wrong.”

“It isn’t the mountains ahead to climb that wear you out; it’s the pebble in your shoe.”

“The service you do for others is the rent you pay for your room here on Earth.”

“I try not to speak about all the charities and people I help because I believe we can only be truly generous when we expect nothing in return.”

“One person with knowledge of his life’s purpose is more powerful than ten thousand working without that knowledge.”

“The critics only made me work harder.”

“Inside of a ring or out, ain’t nothing wrong with going down. It’s staying down that’s wrong.”

“I don’t trust anyone who’s nice to me but rude to the waiter.”

“Throughout my life, I never sought retribution against those who hurt me because I believe in forgiveness. I have practiced forgiving, just as I want to be forgiven. Only God knows what’s in a person’s heart, his true intentions.”

“Each time I thought I had achieved my life’s purpose, I discovered it was only another step in my journey.”

“When we devote all of our actions to a spiritual goal, everything that we do becomes a prayer.”

“Impossible is just a word thrown around by small men who find it easier to live in the world they’ve been given than to explore the power they have to change it.”

“I know where I’m going and I know the truth, and I don’t have to be what you want me to be. I’m free to be what I want.”

“Only a man who knows what it is like to be defeated can reach down to the bottom of his soul and come up with the extra ounce of power it takes to win when the match is even.”

In a nutshell, for me, Ali will always remain the greatest because I simply believe that the greatest person in the world is not the one who achieves more, but the one who focuses on what brings people together more than what sets them apart.