Amanda Gorman’s Poetry Triggered a Spiritual & Political Renewal—Pointing us back to the Light. 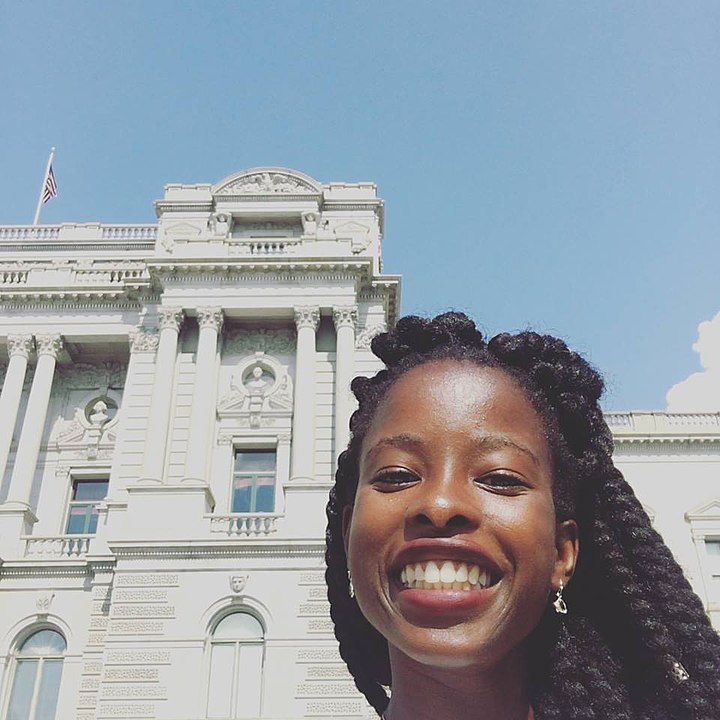 The surprising superstar of the Biden-Harris inaugural ceremony was a young, infectiously charming poet with wisdom and talent beyond her years.

Amanda Gorman has already blown millions of minds and opened millions of hearts with the reading of her poem, “The Hill We Climb,” and if we’re lucky, she will also inspire millions to participate actively in America’s racial reckoning and democratic reclamation.

But why not take that inspiration to another level?

The poem’s central metaphor is one that has been employed not only by poets and lyricists, but by gurus, sages, and prophets since the dawn of the written word and probably the beginning of speech itself: the movement from darkness to light.

The first lines of the poem are:

When day comes we ask ourselves,

where can we find light in this never-ending shade?

And the last lines are:

When day comes we step out of the shade,

The new dawn blooms as we free it.

For there is always light,

if only we’re brave enough to see it,

if only we’re brave enough to be it.

As with every poem worthy of the name, the meaning of the key words are subject to interpretation. What exactly constitutes the darkness? What does the illumination consist of? Discuss among yourselves, but don’t expect universal agreement; it wouldn’t be art if everyone drew the same meaning from it.

Here’s one take. Whether Amanda Gorman intended it or not, her words evoked the purposeful use of the dark-to-light image in most of the world’s spiritual traditions, where the symbolism is employed in sacred texts and rituals. For me, what came immediately to mind was the Pavamana Mantra (or three Pavamana Mantras) drawn from the Brihadaranyaka Upanishad and chanted in various contexts throughout India and, increasingly, by yogis in the West.

Lead us from the unreal to the real

Lead us from darkness to light

Lead us from death to immortality

Alternative translations of the first line include “Lead us from falsehood to truth,” “Lead us from ignorance to wisdom,” and “Lead us from nonbeing to being.” Either way, you get the idea.

Like similar invocations in other sacred traditions, it calls us to higher ground: from obsession with the worldly and mundane to matters of the spirit; from transitory pleasures to enduring bliss; from identification with our individual personalities and bodies to the infinite self of all selves that is our true nature.

That’s what the awakened ones have always meant by the movement from darkness to light: realizing the unity of individual consciousness with the supreme consciousness of the cosmos. That’s the evolutionary vision that has attracted seekers to the spiritual path ever since some unknown sage first used the dark-to-light metaphor way back in the hazy past—it’s the very definition of Yoga.

It is my hope that, by going viral, Amanda Gorman’s recitation triggers a spiritual renewal as well as a social and political one. Turning from the darkness of limitation and foolishness to the eternal light of possibility and wisdom requires intention (what yogis call sankalpa) and a commitment to spiritual practice (sadhana). It also entails being alert to opportunities to lift the curtain and reveal the light in the midst of ordinary life.

The closing lines of Gorman’s verse also reminded me of one of Leonard Cohen’s most cherished lyrics: “There is a crack in everything; that’s how the light gets in.” The openings are everywhere, if we pay attention.

There is no conflict between leaning toward the infinite light within and working for kindness, compassion, justice, and equality in the social domain. They are, in fact, complementary actions. We are spiritual beings in our depths, but we are also humans playing various roles in the human drama, and one of those roles is citizen.

In my latest book, Spiritual Practice for Crazy Times, I use the term “spiritual two-step” to express a timeless formula for individual and social betterment: Go within to the ultimate source of all that is good, then come out and shine your light on the darkened world.

It may sound like a cliché, but every spark of light matters—even yours—no matter how faint it may seem or how much it flickers.

Why QAnon Has Penetrated the Wellness and Spiritual Domains. A Buddha-Inspired Resolution for 2021. Now that the Election Surge has Receded—here’s what we Really Won.
See relevant Elephant Video