Buddhism—Just a Ripple in the Water. 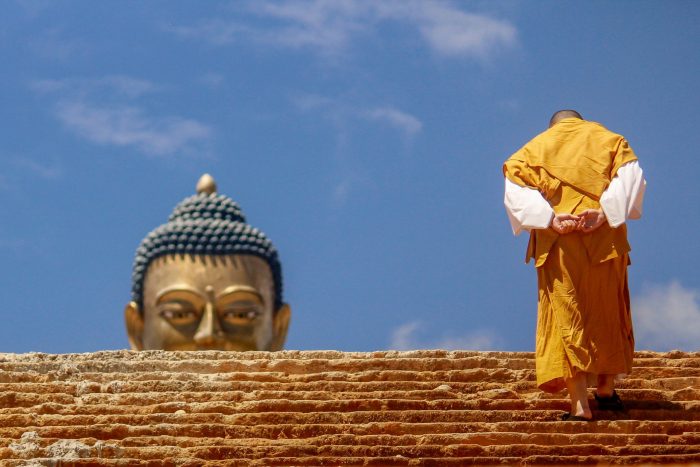 I’m a bit of a spiritual maverick.

What some might call an avatar, a being who is born with a certain degree of awareness.

In my case, this played out as a direct perception of the akasha, the substance of consciousness itself, what is sometimes referred to as the ether.

As a result, I look at the many traditions that dot the face of the mortal condition in a particular way, witnessing them in the same manner that I would witness the ripples in a pond. In this case, the pond is the ocean of consciousness, the substance of the creation herself.  The raw material from which everything is derived.

You hear about it in the old traditions.

The awareness of the architecture of the universe at its depth, where the shifting waves on the surface of reality reveal themselves to be just that: waves. Impermanent arrangements of the basic elements that make up all life. These elements form the substance of our selves and personalities, our various self-definitions, and the beautiful gift of individuality that is the ego.

And it’s all about the ego. Or rather, about our relationship with the ego—with the gift of a self itself.

The way in which God expresses itself through an infinite number of forms, playing the game of being human in the theatre of our stories. Yet, while this is the constant, there are many approaches to this idea of self.

This idea of ego and what we are to do with this magnificent opportunity. It is the basis of our conversations, of the various forms of spirituality and other ripples in the waters of consciousness. It doesn’t really matter what you call them or what culture they come from; it’s not that important what shape they take, for seen from the depths of consciousness itself, all things are just waves in that grand expanse, ripples across the substance of the ether. Notions in the mind of God, appropriate for the age in which they exist yet destined to fade in the fullness of time.

Of course, like any trend in common consciousness, these waves have a form and a function, one that is relative to the world in which they were created.

One of the most popular of these forms is Buddhism, touching the lives of millions of seekers across the planet. Yet ultimately, like all things, Buddhism has its place in time and space, and for all, its pathwork and presence is no more or no less than another ripple in the ocean, destined to fade away into the impermanence of its own teachings.

There’s a name for this, one that is often associated with Buddhism itself—it’s the idea of a sanskara, a pattern that exists between lifetimes. While this is often applied to the idea of subconscious patterns within the structure of an individual self, in a larger context, it applies to all things—to all traditions, to all cultures, and avatars of realization.

Life is, after all, ongoing—and beneath that, life is evolution.

A movement of consciousness, a gradually growing awareness of the nature of nature that lay beneath the surface of those churning cosmic waters. In this context, we must ask the question—how relevant are the teachings of yesterday in the world of today?

While we may harbor some heartfelt appreciation for those teachings, through the tenets of Buddhism itself, these may be considered attachments, holding one back from the true enlightenment that comes from the dissolution of sanskara within the self. Such is a relevant question as we step from the extremely limited perspective of ourselves as separate beings into the far more expansive reality of our own collective consciousness.

As I said, it’s all about the ego.

About the gift of separation and the journey back to unity. In this context, we must ask ourselves the question, are the practices of contemplation of one’s individual essence as effective today as they were in the past? Is it time for a new tradition, one that embraces the more collective perspective of the many selves in a holistic and integrated way?

This can be challenging for many. After all, their practice is their process, their way of negotiating the long road from ignorant to the realization of one’s true nature. It is a many and varied thing, shifting, and changing according to the tenets of one’s personal evolution within that much larger context.

Here, we must ask ourselves, are we with the current form of spiritualities many faces, or are we clinging to traditions that were created for a time that no longer is? Such is a sacred inquiry, and one that cannot be taken lightly, for it represents the destruction of what we may have come to cherish and adore. Yet such is the nature of evolution itself, the death of the old, and the beginning of the new.

As we make the transition into a new paradigm of collectivity and remembrance, we have the opportunity to ask the question—am I truly aligned with what is happening now, or with what was happening then? Am I attached to the traditions that once served me, or am I free, becoming a new shape in the waters of life, evolving, and transforming with the tides of time itself?

Such is a question that can only be answered by the self, in the sacred compact between the individual and the creator of all things.

Here, I merely show the ripples, endlessly churning in the shifting shapes of the water. 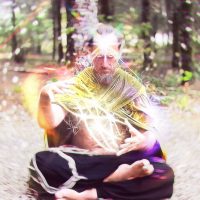 Peter Fae is a modern-day avatar, born with direct perception of the Akasha, granting him the virtue of siddhic perception from a young age.  Unfamiliar and unexperienced wit… Read full bio