On the Love & Loss of a Dog: A Member of our Family was Gone. 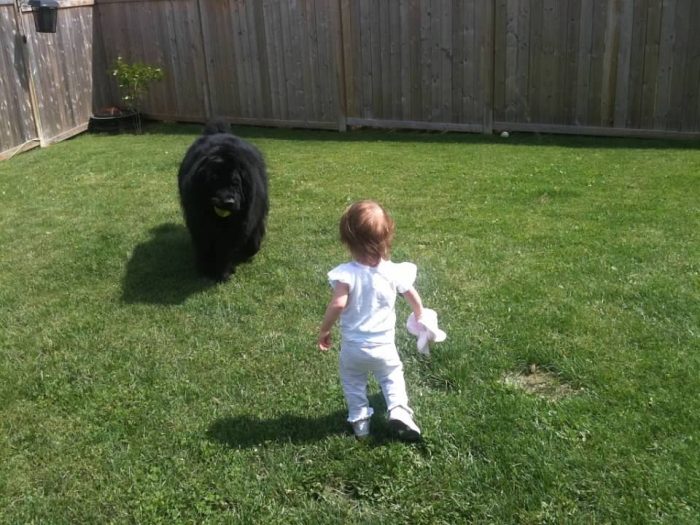 My friend lost her dog yesterday, and when she sent me the sad news that her sweet girl had passed, all the pain came flooding back to me; my empathy in overdrive.

I have two dogs right now, but before they came into our home, there was Homer. I would like to pretend he was named after the famous Philosopher but, alas, it was the donut eating cartoon, Homer Simpson.

Homer was our first baby, the love of our life. My husband and I adopted him immediately after we bought our home. No home felt complete to us without a dog.

We had both grown up with them but this was our very own—one we had chosen ourselves, committed to, and were solely responsible for giving the best life to.

And that we did.

Homer was a Newfoundland; he came home at eight weeks, a “mere” 22 pounds; I remember thinking, this is my puppy? He took up my entire lap and then some on that rainy November drive home. He was the absolute cutest bundle of black fur my husband and I had ever seen.

We were in love.

Homer was our child before having children. He came to the weekly Saturday dinners my Mom hosted, we took family portraits with him, we dressed him up for Halloween, we gave him all of our attention.

Every single weekend, we would go on long hikes together; our absolute favourite thing to do. Just us, Homer, and our Tim Hortons.

Homer was majestic; he grew to 200 pounds but with all the fur, he looked even larger. People would stop and ask to take his photo or to pet him everywhere we went.

When I was nine months pregnant, I would hike those trails all alone with him while my husband worked—just him, me, nature, and my huge belly. It was so peaceful.

When Homer was three, we had our first child. He loved her deeply and immediately became her protector. She would crawl all over him like a rug and he would stay perfectly still. He would always be by her side, and she loved him back just as dearly.

By the time our second child came around, Homer was five and had some grey fur around his nose. He loved that boy just as much—often, snoring soundly as Thomas the train would drive up and down his back.

He knew his job in life was to keep us safe and he took it seriously. He would lay in the hallway between the kids’ two bedrooms when they slept where he could easily view both of them.

Every summer, we’d go to the cottage, which was Homer’s favourite place on Earth, and also became my children’s. He would walk in the lake all day while the kids played in the water. Always close by.

Homer was still able to do his long weekly hikes with my husband while I was home with the kids. He was slow, but that was always the case. He knew it was the weekend when my husband didn’t leave first thing for work, and he would wake him up by loudly huffing beside the bed; his enormous head resting beside his pillow, his hot smelly breath in his face. My husband would have his boots on before his eyes were fully open.

And then the day came, without even the slightest of warning. The day Homer decided was his time. If he had been suffering, he hid it well. He had hiked and eaten normally just the day before. He was completely himself until that day.

That rainy Sunday morning, much like the day we brought him home, he wouldn’t get up to eat, and he would barely respond to his name. In a panicked blur, my husband lifted our gentle giant into the car and rushed him to the emergency vet. My little children sat crying on the staircase, asking what was wrong with their beloved pet; death was not something they had even heard of yet. We weren’t prepared. And as the car pulled away from the driveway, I wept.

I remember in that moment of looking out the window, my head flashed back to a weekend I was home alone with him. My husband was at a bachelor party, while I was very pregnant with our first child. I ordered pizza. The doorbell rang and Homer ran to the door before I could even stand up. He stood in front of it refusing to move. I cried—out of anger and frustration. “I’m huge and hungry, move!”

He wouldn’t budge. He was too heavy for my very pregnant body to slide over. I didn’t get my pizza that day (partly because I couldn’t move him and partly because the pizza delivery man saw the bear-like creature barking through the window and took off). I did, however, fully grasp his dedication to his life’s purpose that day. To protect his family.

I came back from this memory to the present moment and watched the car turn the corner; our protector was leaving us.

Homer did leave us that day, taken by a cancer he had hidden so well that we had no idea he was even ill. But not before giving me time to make it to his side so that he could leave the world with the same two people who brought him home that rainy day almost eight years prior.

That day, my children lost who they considered a big brother, they learned what death was, and we lost our first baby. A member of our family was gone.

Until you have raised and loved a dog, you cannot even fathom the emptiness of their departure. The pain is palpable when they take their last breath. It is gut-wrenching agony to say goodbye to something that literally dedicated its entire life to protecting you and making you happy. That is all they set out to do, and, ironically, in doing so, they break you.

Your home suddenly feels empty, despite everything else and everyone else inside of it. There is a huge void.

To everyone who is currently grieving, I want you to know that the pain does get better; however, it takes a long time and never fully goes away. In fact, it wasn’t until we welcomed another puppy into our home that the house felt in-balance again.

To everyone who hasn’t had a dog and wonders if it’s worth it, knowing you have an expiry date on such powerful love—the answer is yes. The years of happiness and indescribable bonding is worth every tear shed when they leave us.

Now we have two new giant protectors who we love just as much and who do the same work Homer did. However, time is passing, and they are growing older. 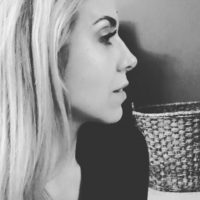 Julie Canning is a mother and wife sharing her journey to simplifying her life and finding inner peace. … Read full bio