What I Want you to Say When I’m Grieving. 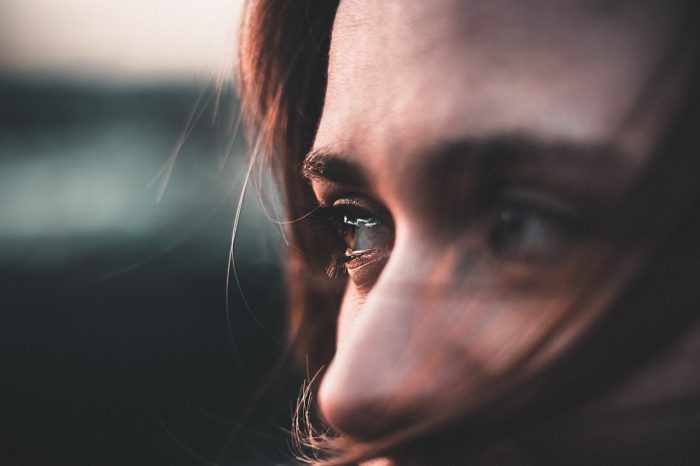 That’s what the nurse at the hospital said, just after she told my mom and me that my dad had died in the short time I’d gone home to pack an overnight bag.

I feel the need to say that the nurse, except for this singular breach, was amazing. I’d only met her that morning, yet I felt like we’d been through a war together. She told me she’d seen her own losses echoing through me, and I could feel her empathy in the hug she gave me when I told her my dad had only been diagnosed with lung cancer a mere 10 days earlier.

It was almost like a hiccup, like something she couldn’t control: he’s in a better place now.

All I knew was I’d missed the chance to be with him, to cup his hand in mine as he took flight to wherever he went, which may or may not be a better place than here. With us.

A lifetime ago, another loss:

Be strong for your parents.

These are the words that are carved into me.

I heard them over and over at my brother’s memorial service.

I can’t smell the cloying scent of fading funeral flowers, but I feel those words, etched into me.

I am still trying to be strong for my parents.

I’m much older now than I was when my brother died, when all those well-meant words pricked me, as I was urged to be strong for my parents, or that my brother’s death was God’s will, or was somehow meant to be. How could they have known I’d replay their words, picking at the edges of my wound, searching for evidence that this huge loss I felt, this shattering, was not as bad as it seemed?

This time, I posted about my dad’s death on a social media group of mom’s friends.

This time, their words witnessed me.

To be honest, my friends’ condolences were mostly comprised of swears, “F*ck, Lynn. I’m so f*cking sorry.” Or, “No! That was too f*cking fast! It’s not fair.”

Their words felt right. I was 3,000 miles from home, far from my husband and kids and friends. But with those words, with their expressions of shock and compassion, I felt held—accompanied. This time, the unjustness echoed, the too-much-to-bear of what I was walking through.

This time, I cried as I read each comment and whispered a little “thank you” to the universe for this support.

These beautiful friends also pooled together and got me an incredibly generous gift certificate to get my house cleaned, which, as someone who loathes cleaning, was more meaningful and helpful than any floral arrangement or Hallmark card or casserole could ever be.

One friend cried with me on the phone when I told her my dad had died. Others watched my kids for me or sent me a card to let me know they were thinking of me.

Losing my dad was different from losing my brother. The death of a father, while still awful, still shocking, still far too fast—also lived within the natural order of things. It hurt like hell; it still hurts now, a year and a half later. But middle-aged women lose their parents. It was a tragedy for my surviving family and me, but it wasn’t a tragedy in the way my brother’s death was. My brother was 21…my dad was 74. Math is not my forte, but there’s a difference there.

Grief is terribly lonely. Even when we’re grieving alongside other family members, it can feel so isolating, like such a wilderness. The loneliness of the disparity of my world freezing as the rest of the world marches on. What a comfort to have friends who met me in that frozen place. What a comfort to have them say, “No, this is so f*cked up, I’m so sorry.“ To feel held, lightly, in my pain.

When I think back to the time surrounding my brother’s death, I wonder what people could’ve said that would’ve helped. So often we stumble for the right words when someone we care about is aching deeply. And we usually find words to be inadequate, or stiff, and overused. Maybe that’s why my friends’ cursing felt so refreshing: their words were slightly jolting—just like my loss.

Mostly, I think of the things I wish people hadn’t said. The condolences passed to my parents through me, as if I was simply a messenger rather than a girl enduring the worst event of my young life. The hushed, “How’s your mom doing?” that stemmed from concern but also felt like invalidation.

The nurse who told us my dad was in a better place meant well. But her words were one of those platitudes we use because it’s incredibly uncomfortable to make space for grief. Because there’s no cure for grief any more than there’s a cure for love. My brother’s death, my dad’s death, the deaths of others I will love and miss forever—none of these wounds will stop hurting. We can only come to live in the space alongside our grief, to tend to it, to metabolize it, to keep going despite the hurt.

The truth is, there are no perfect words to say when someone is grieving. But we can start by doing what my friends so lovingly did: by witnessing death and loss. By loving those who are grieving through small actions, and making more space for people to share their grief.

By saying, I’m so sorry. This isn’t fair. This f*cking sucks.