The One Thing we should all Give Up this New Year. {Book Excerpt} 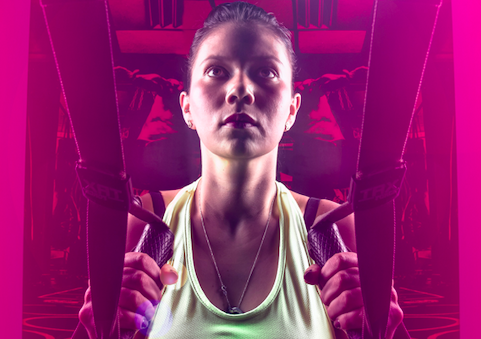 You know the drill: write down your New Year’s resolutions, proclaim them aloud in front of a mirror or before witnesses, and then a few months later feel guilty that you let your higher self and others down.

But take heart. It’s not that you lack character or willpower. The reason you struggle has more to do with our collective confusion about the true meaning of resolution and discipline. You simply need a bit of language deprogramming.

Words used carelessly are more confusing than clarifying. Take the word resolution from the Latin resolutio, “to loosen, release.” It suggests an act of letting go, a willingness rather than willfulness, which is why half of Alcoholics Anonymous 12 Steps have to do with placing one’s recovery in God’s hands (Thy will be done). Imagine resolving to give up an unwanted habit, say drinking coffee, by surrendering to an herbal, decaffeinated life rather than forcing yourself to resist a morning cup of joe.

With discipline, the toxic programming runs even deeper. You will find the excerpt (from aah . . . The Pleasure Book, Chapter 21) below enlightening and empowering. Remember, the door to your higher self opens toward you; to enter, you must first step back.

The Myth of Discipline

Discipline is another one of those words, like pleasure, good, and ethics, whose original meaning was once pure and profound, but then was perverted with a moral twist and fashioned into a tool of social control. The value of reclaiming its original meaning is that in the process we reclaim a part of ourselves and become more whole.

The word comes from the Latin discere, by way of the Greek dekhesthai (to receive), as in a disciple who receives the teachings of a master or studies a discipline like music. In its original sense, discipline implies humility, because a worthy disciple must first empty their cup before she or he can receive instruction with openness and gratitude.

Humility, however, should not be mistaken for Original Inadequacy. One can bow deeply without losing self-esteem. In fact, the ability to do so is the mark of a developed person.

Words are a living medium of exchange that take on the values and meanings of those who utter them. By the Middle Ages, discipline had been twisted into a short crop of knotted-leather strands called la disciplina with which Christian monks beat themselves to mortify their flesh and subdue their bodily desires. At an institutional level, a would-be disciple had to first kneel and submit to the authority of the church to receive its orthodoxy (Greek ortho, “right” and doxa, “opinion”). Those who refused would be disciplined, often cruelly, hence the darkness of the Dark Ages. The notion of the willing disciple had been perverted to serve the needs of the willful disciplinarian.

Discipline, we’re told, is essential for self-mastery and success. It makes us stronger, more effective, and a better person. We should pride ourselves for having it, pity those who lack it, and scorn the lazy who neglect it. But discipline is a false concept based on the belief that part of “me” wants to do something while another part doesn’t. The good-self must use discipline to make the bad-self do what’s “good” for it, creating an internecine struggle of biblical proportions. But in a war with one’s self, there can be no winners.

And so, when we think about doing something good for ourselves, like exercise, dieting, or homework, we reflexively reach for la disciplina.

Each January, millions of penitents flock to health clubs, whip in hand, to make good on New Year’s resolutions, grunting “no pain, no gain.” They torture themselves on geared mechanical racks and hire personal trainers to “kick-ass.” All the while, just beneath their pained grimaces is a conceit that they can “take it,” at which point the tyranny of the disciplinarian has been internalized. But their resolve soon grows thin and so do the crowds.

By May, 80 percent have quit. (Commercial gyms expect one out of five sign-ups to become regulars; their business model depends on it.) When we fail in our attempt to whip ourselves into shape, it’s easy to feel inadequate. Ironically, we berate ourselves for not having enough discipline when it was the myth of discipline that defeated us.

St. Francis of Assisi referred to his body as Brother Ass. It’s true; the sting of la disciplina can motivate short-term results, but as any mule skinner worth his salt knows, the carrot works better than the stick. You can only throw yourself against the wall of the Pleasure-Pain Threshold so many times before giving up and saying, “To hell with it.” And with each failure and broken promise, the thwarted penitent spirals deeper into a vortex of shame, guilt, and self-loathing. The harder you flog yourself, the more divided and the less capable you are to effect positive change.

Some $2.5 billion is spent annually on weight loss to achieve in the best programs a mere 3 to 5 percent decreased weight at twelve months (that’s 6 to 10 pounds for a 200-pound person). Discipline is not only ineffective, it is debilitating. We don’t get to pleasure through pain; pleasure is the way—but not just any pleasure. In the case of losing weight, for instance, one must realize that “nothing tastes better than healthy feels.”

There are, of course, exceptional individuals who swear by discipline and have the trophies to prove it. But I suspect what they are calling discipline is just a more refined approach to the Pleasure-Pain Threshold.

For instance, one of the biggest differences between elite runners and good amateurs (besides the number of training hours) is that elite runners continually monitor their time, effort, and body sensations while amateurs resort to discipline and denial to gut it out.

When my friend Lorraine Moller, an Olympic marathon runner, comes up on a male jogger during a training run, she speeds up and flies past them so quickly they have no chance of catching her. She does this out of compassion because it pains her to see these men torture themselves trying to keep up with a woman.

To find out more, please check out aah . . . The Pleasure Book trailer here. 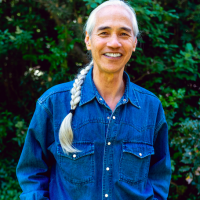 The son of an Austrian father and a Chinese mother, Jia Gottlieb MD was born to write aah . . . The Pleasure Book. While his father schooled him in the logic of chess, his mot… Read full bio