A Coincidence Viewed from the Perspective of an Existentialist 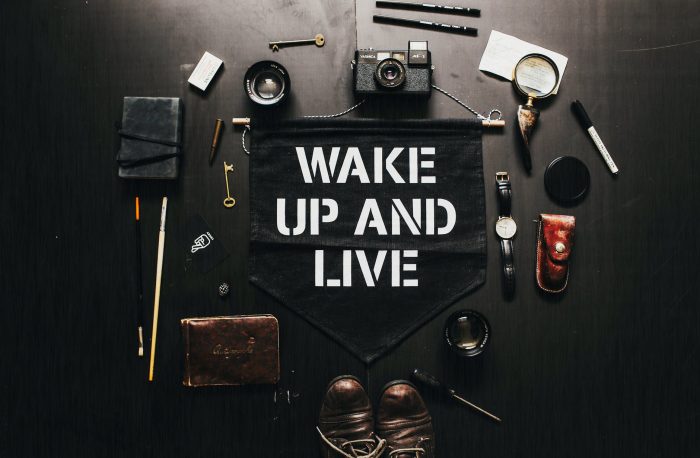 Photo by Rachel Claire on Pexels.

When one door of happiness closes, another opens, but often we look so long at the closed door that we do not see the one that has been opened for us. –Helen Keller.

A coincidence is a remarkable concurrence of events or circumstances that have no apparent causal connection with one another. The perception of remarkable coincidences may lead to supernatural, occult, or paranormal claims. Wikipedia

“We do not create our destiny; we participate in its unfolding. Synchronicity works as a catalyst toward the working out of that destiny.”
― David Richo

Do coincidences have meaning on a stand-alone basis?  The best-selling book, Celestine Prophecy says so. It asks the reader to embrace serendipity.  Christianity and many other religions rely on faith.  Existentialists rely on actions emanating from passion and accountability.

Here is my story about a coincidence from the lens of an Existentialist that may provide some nuanced insights.

In early July 2019, my extended family gathered for a long-awaited and much anticipated reunion in New Buffalo Michigan.  Both of my parents, in their mid-eighties, my kids, my six siblings, their spouses (all married) and their kids.  Since we are a big group and literally quite diverse in our geographic orientation with people coming together from across the United States as far as Virginia, Florida, and California.  Because of size and geography, we are very rarely all together in one place.

Like every family, we have had our share of disagreements and great times together.  Surely, this time together would be no different.  I was apprehensive but committed to be there since my kids barely know their cousins, mostly because of geographic distance.

As the reunion neared, we began planning where we were all staying, who was hosting activities and/or dinners each evening, After reaching out, I found that everyone else had already paired up to stay together at a couple of different locations near or with each other and we settled for a room at a hotel nearby. This may have been foreshadowing of our time there, but I didn’t realize it yet.

We arrived late at night and checked into our hotel the night before “my day” which was an introduction to pickleball followed by a lunch that I hosted at a nearby brewery. Most of the group showed up and everyone who did seemed to enjoy themselves.  After lunch, everyone went their separate ways.  I took my kids to the nearby beach and met up with some old friends.

As the sun was setting, we left the beach.  We decided to go see where one of my sisters lived. I had never been there nor had my kids.  As we approached, we knocked on the door and my brother-in law greeted us and announced to his wife (my sister), “Daniel’s here.”  To which she responded from the kitchen, with surprise and conviction, “oh no!”.   Apparently, she did not know that we were already inside the home and within earshot.  Needless to say, this made for a very uncomfortable next few minutes before we left to try to find other siblings to hang out with on this, first evening we were at the reunion.

While I was saddened by the ‘reception’, my kids were stunned.  Just a few hours earlier, I had just spent $800 on a lunch for all my siblings and their kids, but when I arrive to say hello and see their house, that was my greeting?  How could anyone speak that way about their brother?

Honesty opinions are often expressed by people who can hide behind perceived anonymity.

Later, we tried to connect with others for dinner, but they had previous plans and my kids couldn’t get into the bar.

We eventually ran into one of my brothers and his wife at a church that was converted into a brewpub that allowed kids.  LOL. Read that sentence again.

That night we went back to our hotel with lots of mixed feelings about our decision to attend the reunion. Things got better the next day.  One brother found that they had an extra room in the house where they were staying so they welcomed us to join them for the remainder of our time there.  We were very grateful to feel more included but, still had some trepidation.

The rest of the time went as predicted – some great memories and great times and some not so much.

The reason I tell the detail in the story so far is to set up the final evening and what happened during it.

Then it came to the final evening celebration hosted by one brother who was kind and generous to invite cousins who came from several states to join us.  It was a typical, Irish, big, boisterous gathering filled with mingling, drinks, and toasts before dinner.  While there were no pre-assigned seats or tables, it quickly became apparent that there was some pre-arrangement between some siblings about who would sit where.  I tried to sit at one table filled with a few siblings but was advised by one of them that it was already taken (which ironically went unfilled). So, I saw an open spot at the “cousins table” and sat across from my cousin Sean who I hadn’t seen in years.

It was a total coincidence that I was rejected at one place but warmly welcomed at another.

We started by catching up on our lives and had lots of laughs sharing memories of his hilarious, annual Christmas letter.  I told him about a buddy comedy script that I was writing and encouraged him to read it and give me notes or join in the writing if desired.

Little did I know that the coincidence of being rejected by the “family table” to find that that seating location, coupled with interest in each other, fueled by a love of writing and compelled by action for opportunities would lead to what it did.

In the 20 months since then Sean and I have now collaborated on and completed an award-winning, script and a critically acclaimed book of essays about personal transformation called Deep Dive.  We frequently talk on the phone, laugh, and share stories about life.  He has become a great friend and trusted confidant.

His talent, love of writing and joining me has led him to become a successful, published author with other writing projects currently underway.

“Coincidentalists” might say that our sitting was meant to happen and that the magic we created together was because of serendipity.

Existentialists would say that the interest we shared in each other by listening to each other, holding ourselves and each other accountable, stoking the passion we have for writing and comedy; yielded transcendent, meaningful work which has led to a more robust, meaningful life for both of us.

Hellen Keller was right.  I sought acceptance from some people who were unable or unwilling to give it.  I struggled to accept that one door was closed until I found the other one that was open.

So, next time you feel rejected, try to see the freedom of opportunity to apply yourself elsewhere.

I did and I am forever grateful.

How do you respond to adversity?

Do you believe in coincidences as having meaning?

How do you reconcile with people who don’t like or respect you?

How do you overcome issues with siblings? 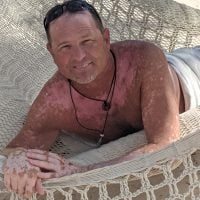