A Doctor told me to Divorce my Wife after her MS Diagnosis. 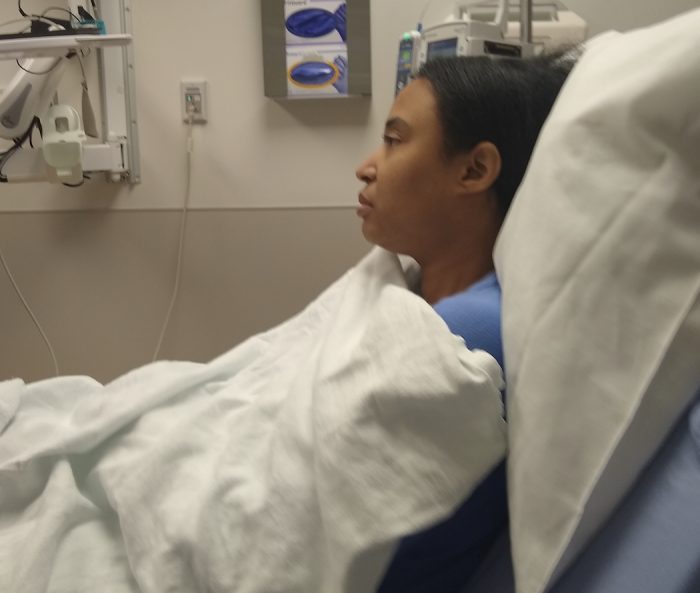 I will never forget the feeling of seeing my wife walking down the aisle in her wedding dress with the most beautiful smile that I have ever seen.

A part of me thought I was in a dream.

After dating for a little over three years, the moment that we had been waiting for was finally here. After the wedding, my wife Dannielle and I asked each other while smiling, “Can you believe it?” as we embraced each other with a hug and a kiss.

The next morning as we were excited to walk out into the world as newlyweds, we went on our honeymoon. It was a dream come true until suddenly I noticed as we were walking—Dannielle’s hand began to slip away from me.

Dannielle started to walk slowly and in a strange manner. I immediately thought to myself, what is happening?

As I looked at Dannielle’s face, I could see that something was wrong. I observed that Dannielle had problems standing, walking, and even speaking. At that point, I immediately realized that it was a medical emergency.

After visiting the emergency room and contacting several doctors, no one seemed to know what was going on.

Soon after we arrived home, we met with a neurologist at a hospital. While at the hospital, Danielle underwent several tests.

Hours later, I finally was approached by a neurologist who told me that he needed to speak with me privately. The doctor took a deep breath and told me that he had good news and bad news.

At this point, I was very concerned and asked him if he could tell me the bad news first. The doctor informed me that he was sorry to tell me that Dannielle had an aggressive form of multiple sclerosis. He added that Dannielle would lose her ability to walk and that she would be a vegetable.

The doctor then asked me if Dannielle and I were planning on having children, and before I could answer, he told me that Dannielle would never have the ability to have children.

Being shocked by this devastating news, I asked him, “What was the good news?” In beliefs that there was a light at the end of the tunnel, I was excited to hear what a possible solution to this situation could be.

The doctor then seemed to make an odd face as he began to reach with his right hand toward his back pocket; I watched as he pulled out his wallet and opened it. He then pulled out a card and informed me that the card was to a divorce lawyer and that I should get a divorce right now.

The doctor explained to me that because I was recently married, the process would not take long and that my wife would be a burden to me for the rest of my life.

For several years, I studied day and night in disciplines relating to neuroplasticity, biology, physical fitness, neuroscience, psychology, and so on. I developed specialized programs for Dannielle that helped enhance her mind-muscle connection. I called this new system “Muscle-to-Bone Fitness.”

As a former rehabilitation counselor, mental health professional, and intelligence specialist, I knew that with hard work, faith, consistency, and a positive mindset, all things were possible if you believe.

I was amazed at how Dannielle went from not having the ability to write her name to write legibly with both hands. Dannielle went from barely standing to being able to walk strongly. Dannielle finished her master’s program, as well as completing a total of three degrees in all, where she graduated with the highest honors and other academic awards.

Danielle was already extremely intelligent when I met her, but when she chose to believe, she knew that she could be the author of her own story and the director of her own movie; she had a renewed strength. Dannielle took control of the wheel as she began to get stronger daily.

Dannielle continued to fight and battle multiple sclerosis and its horrendous symptoms daily. She woke up one morning and told me that her body felt as if she had done 100 pushups. I saw that she was having problems walking and even drinking from a glass of water without the water spilling on her. I felt her back, chest, and arms as her body appeared to be under intense pressure and stress. After assisting her, I listened intently as to how the pain affected her. Soon after, the intensity subsided.

After speaking with my wife and studying this disease, I developed the “Muscle to Bone Push-up” to simulate the muscle fatigue, muscle tension, shaking, shortness of breath, and overall stress that a person with multiple sclerosis goes through on a daily basis. This push-up was designed to simulate just some of the symptoms that MS Warriors go through each and every day.

My goal was to educate, uplift, and motivate others as to exactly how serious multiple sclerosis is, and to encourage the millions of people worldwide that are suffering from multiple sclerosis or any chronic illness not to give up despite any circumstance.

After completing the “MS Push-up Challenge,” participants then post a photo or video of themselves on social media and attach #Pushup4MS.

I did not want anyone with a chronic illness to go through life feeling alone or believing that they are less than others.

I wanted to create a social media fitness challenge that educates, encourages, uplifts, and inspires people around the world who were suffering not to give up.

I wanted to create a social media challenge that allows people who do not have a chronic illness to show their support by participating in the “MS Push-up Challenge.” I am humbled and excited to see that it is now underway and has participants in over 15 countries worldwide.

Through my experience, I have realized that every person has that mountain in their life that they need to overcome, whether that mountain is anxiety, fear, addiction, or other challenges.

Sometimes in life, people may tell you discouraging things that could steal your joy. I wanted to share my family story with others to encourage them to know that it is okay to shut out those negative voices and to never give up despite the circumstance.

I want to encourage people to continue to have a positive mindset and to realize that all things are possible if you have faith, if you take action, and continually move toward your goal. 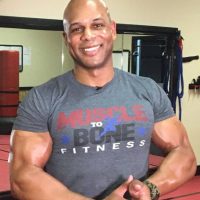 Rob Roberts helps people around the world overcome obstacles that are holding them back from being their best selves. Award-Winning Personal Development Expert, Rehabatalition… Read full bio