Why Gaining Weight in Lockdown was the Best Thing I ever did for Myself. 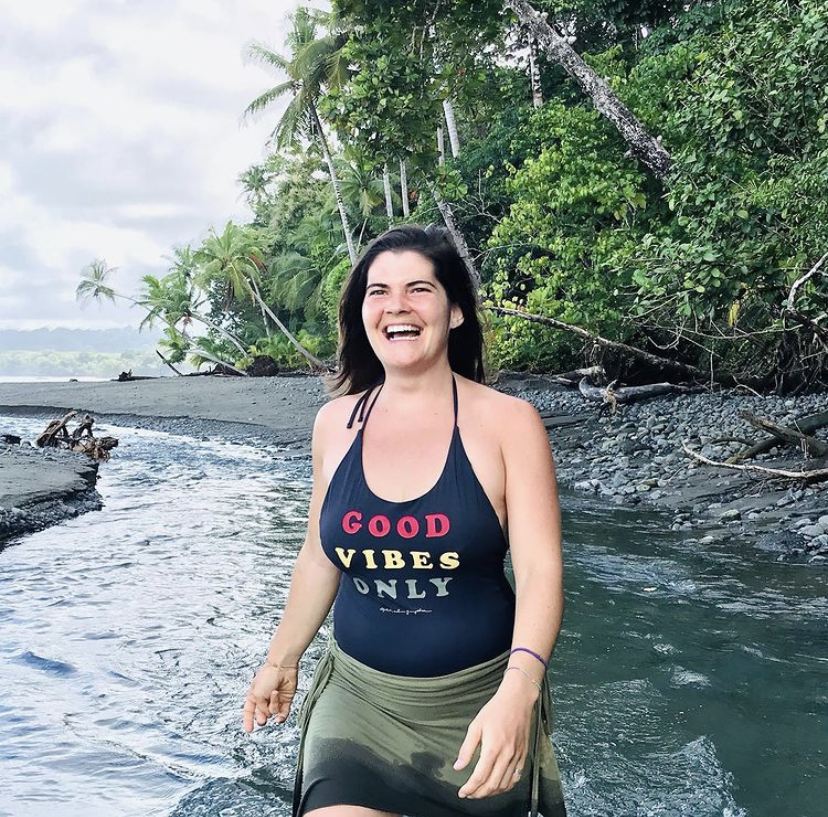 Gaining weight was the hardest yet most healing and liberating thing I’ve ever had to do to obtain optimal health and get my period back.

I have to make it super clear that gaining weight has been one of the hardest things I’ve ever done in my life.

After going for a second plate of food one night, one of the local Indian boys said under his breath to the chef and another foreigner, who had been in lockdown with me in India since the country shut down during the global pandemic, “Amber must love the food here; she’s the only patient who will leave here,” he showed someone getting “larger” with his hands.

The three of them laughed.

I got up, without finishing the food on my plate, and went to my bedroom to cry my eyes out.

This was after one woman, the previous week, had grabbed my belly and said, “You are getting fat.”

The first time my weight gain was acknowledged, I kind of brushed it off like it was okay because she didn’t know I was intentionally gaining weight due to doctors’ recommendations.

But the second time my heart broke, because I didn’t want to be gaining weight.

Every day, I struggled with the fact that three doctors had told me I needed to stop exercising and gain a little weight in order to get my period back.

When I look back at the seven months I was in Palakkad, India, during the COVID-19 lockdown, I think to myself, “Would I have ever realized my eating disorder in the busyness of my life before?”

I believe the answer is no.

I had tried everything: hormone therapy, eating different food groups, fasting, losing weight—you name it. Actually, it’s why I ended up at the ashram in India for a 21-day panchakarma (five procedures of purification).

I had tried it all, except what I hadn’t tried was what every doctor and Ayurvedic practitioner had suggested in the past: “You need to stop exercising and gain a little weight.”

I was in complete denial; it is the exact opposite of what I had been conditioned to believe about being healthy.

Throughout the seven months in India, I had my blood taken several times. Another woman in the ashram, from the United Kingdom, was a doctor. She read my results and said, “ Based on your hormone levels, there are signs of an eating disorder. Do you mind me asking if you’ve had experience with this in the past?”

My initial response was no; I didn’t have bulimia or anorexia. But after a few days of deep contemplation, the past three years of not having my period flashed before my eyes.

Not eating during certain hours.

Exercising every day no matter what.

Complete control of what I ate, when I ate it.

I had so many rules around food. There were flashes of the doctors telling me to gain a little weight and stop exercising and me in complete denial, until that moment, when I committed to gaining weight.

During the lockdown, I felt safer because no one could “see me.” But even the people within the ashram started to notice.

Then the time had come for me to return back home—I had so much fear. What was everyone going to think or say about my 20-pound weight gain?

To my surprise, when I arrived home, every time I saw my friends they told me how healthy I looked and how much I was glowing. I would think to myself, “Are they just saying this to make me feel better because I got fat?”

Yet, when I was on my six-pack journey in 2019 and the strongest I’d ever been, when people commented on my losing weight and getting smaller, I felt good.

Then, after watching Brené Brown’s “The Call to Courage” the other night, she said for women our biggest shame is our body size.

After working with hundreds of women in my Live Your Yoga Mentorship, I am starting to see this is a cultural thing, not just a me thing. What gaining weight has done is teach me to become aware of and notice my relationship with my body, my food, and my belief system around health and beauty. It’s empowering—because we cannot change what we don’t acknowledge.

I am beyond thrilled to share with you after three months of not exercising and gaining weight, I just completed my period recovery number two and couldn’t be more thrilled.

The best part about it is that there are no more rules around food, and I feel free from the control I once had around what I could and couldn’t do. 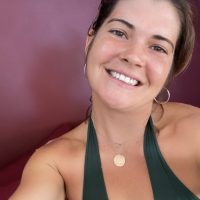 Amber Hagberg had yoga come  into her life, in 2008, at a time of desperation and deep depression, where she had no purpose or desire for life. Through the profound transform… Read full bio