Grief: A Love Story we Don’t Recover From. 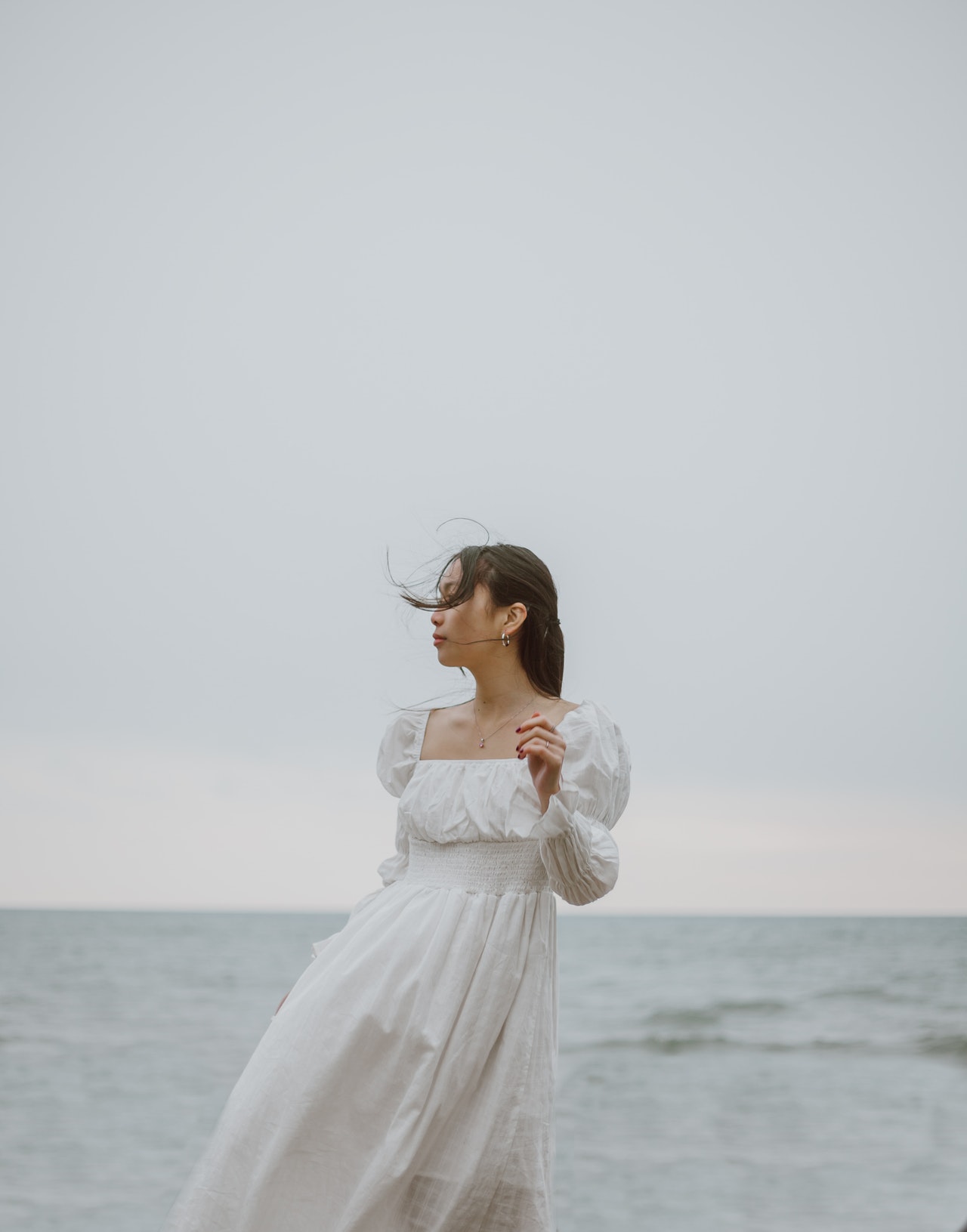 When you’ve had a major loss in your life, grief is akin to an ex lover—something you want to forget and loathe but yet, feel pulled toward.

Grief becomes a relationship you’ll never be rid of. It resurfaces after years of dormancy. It calls in the middle of the night out of nowhere. It throws your heart for a loop. It slithers and sneaks in slowly before you even know it’s returned. It’s ugly, it’s bold, but unfortunately, it’s necessary.

I know grief well. It lives quietly in me today, but I know it’ll return loudly, as it always does, when I least expect it. Between 2014 and 2017, I had four recurrent miscarriages. I lost four pieces of my soul that left me bereft and broken for a long time.

Miscarriage number one happened during my daughter’s first birthday party. While I outwardly celebrated her first year, inwardly, I was mourning the life I knew was dying within me. A trip to the hospital that night and the repeated question, “Are you sure you’re 10 weeks pregnant?” was all I needed to verify what my soul already knew: my baby had died.

Because I was young and healthy, my doctor believed my miscarriage was a fluke. Many women miscarry in the first trimester. I was told it’s normal, it happens all the time, and it shouldn’t happen again. The chances of miscarrying a second time are less than 15 percent.

That first loss was sad, sure. But I was optimistic that it was a one-off and pregnancy would happen again. I wanted a second child for our family; we would try again. After the first pregnancy loss, something flipped in my mind. Something primitive emerged—a raw, sultry, thrumming need to create Life again. I needed another baby. I needed to grow my family. Like the air in my lungs and the food in my fridge, I needed this Life.

But two years of trying with zero pregnancies on medication to assist left me a shell of a woman. “What is wrong with me?” was a mantra on repeat, looping through my brain over and over. Tests showed I was fine, as was my husband. The constant questioning opened the door for grief to move back in.

I cried at pregnancy announcements, at pictures of pregnant women, at videos of infants. Life felt unfair, and my grief was all-encompassing. I couldn’t see life through any other lens. Grief created a monster out of me, a self-centred, heartbroken woman who couldn’t understand why the world still contained laughter and joy when my world was so hollow and empty.

Miscarriage number two turned my grief into anger. People kept telling me to “relax and it will happen” and to “go on vacation” because her friend struggled but got pregnant in Mexico. I heard “everything happens for a reason” so many times I wanted to scream. I was angry at them for their hurtful words even though I knew they came from a loving place. I was angry at my body for its brokenness. I was angry at the doctors for not having the answers that I so desperately sought. My nervous system was shot. If I wasn’t roaring angry, I was a zombie.

I paced my living room in dirty pyjamas and messy hair, wondering how I’d survive this weight of grief. Time is a funny construct, one that can feel like it’s moving so quickly you beg it to slow down while at other times it feels like it’s creeping by. Grief makes time slow down. But the silver lining with time is that it moves forward regardless of speed, and somehow, time becomes a Band-Aid, a cover over a wound that simply needs time to heal.

Miscarriage number three turned my grief into a temperament, something so constant it became part of who I fundamentally was. Two miscarriages in one year was enough to break any woman. Three and I was ruined.

The sound of my heart breaking was so loud it drowned everything else out. I became a broken record: Where did I go wrong? Was it something I did? Was it something I didn’t do? Should I have asked this at the doctors? Why me? Why us? Over and over, I mused these unanswerable questions until my husband finally sat me down and lovingly told me I wasn’t going to heal focusing on the whys.

But the why was the only tether I had to my babies. I needed answers for them, for their peace, and for my own. It was heartbreaking to listen to another person try to reason with me. Didn’t she know that the whys are what consume us infertile/struggling women? Didn’t he know that grief knows no reasoning? Didn’t he understand that when there’s no reason behind a situation, we grab onto the closest thoughts possible and frantically search for answers? Otherwise, if we allow ourselves to really feel in that moment, we may never fully recover? Grief consumes, ravaging each breath from our chest and exhaling nothing but the ashes of our pain.

A few months later, I was pregnant again. I had learned a valuable lesson, though: I get pregnant, I miscarry, I fall apart, my family and friends pick me up, and I spend three months questioning everything and then spend another three months picking up the pieces of myself.

Miscarriage number four came and went as quickly as fall seems to come: sudden and beautiful only to end way before you’ve had your fill of the red, orange, and yellow leaves. By this point, in August 2017, I had three losses in one year. I could get pregnant; I just couldn’t stay pregnant. My husband said, “When I hear you say you’re pregnant, I hear ‘pregnant, miscarry, fall apart, rebuild.’”

There was no room for joy. Grief made sure of that. To protect myself, I had disassociated from my body, erected impenetrable walls around my heart, and waited for the inevitable loss. I knew my chances at carrying to term were now slim. But every so often in those early weeks, a bubble of hope would slowly float up over the walls I had carefully crafted and it would burst around my heart, dousing my grief, and giving me a small glimpse of joy.

Despite my incredibly cautious and fragile optimism, I miscarried on a camping trip. By this point, I was calcified. The Universe had given me the three pregnancies I wanted, but it hadn’t given me the baby I needed. Something had to change. The change started with facing my grief head-on; like a bull to a matador, I waved the red flag.

Grief only exists where love first lived. Grief is the mourning of a love lost. It’s a teacher of a lesson no one wants to take. It’s been four years since my last miscarriage. In that time, I’ve been to therapy, blogged about my struggles on my site, had two more babies that are alive and thriving, cofounded a charity to financially and emotionally support couples needing infertility treatments, and have almost finished a fertility specialization course. I’ve transmuted my grief into legacy and purpose. I’ve made sense of the senseless.

Sometimes, grief still calls like a booty call from that ex, and despite not wanting to answer, I do. I let it move through me and make me uncomfortable because I know it’s helping heal my soul. I no longer shy from grief; I own the feeling and give it the room to ebb and flow.

As time has passed, sometimes slowly, sometimes quickly, it’s easy to forget the pain of those years. That’s a side effect of time—it does dull the ache. But when a wave of grief still hits me, I know it’s the glue from putting my pieces back together. It reminds me I’m human and that my babies are still remembered, loved, and longed for.

Grief is a love story between me and my angel babies. 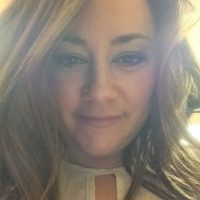 Kelsey Connell is a former journalist turned free bird; her purpose is to become the healer through words she’s meant to be. She focuses on almost anything she’s w… Read full bio