The Capitol Riots, Sexual Assault & Trauma: You Don’t Have to Move On to Move Forward.

“Moving on” does not mean “forget about it,” @LindseyGrahamSC.

Attacking our nation without recourse or responsibility isn’t “moving on.” A Capitol Police officer just died. Why are you defending this? https://t.co/yTjh6ikNJs

A while back, I was watching the livestream of AOC in which she addressed the attack on the Capitol, and one of the things she said deeply resonated with me.

In it, she sheds light on how the way people have told those who are affected by the events of that day to move on is a tactic used by abusers.

“What they are asking is, can we just forget this ever happened so that I can do it again without recourse?” Her vulnerability in how she likened this sentiment to the same way she was made to feel ashamed of her experience with sexual assault is what really hit home for me.

I personally don’t believe in ever truly moving on from our negative experiences, especially sexual assault. I do, however, believe in moving forward.

We have the power within ourselves to move forward from traumatic experiences and grow, not only in spite of them but also in light of them. We cannot refute the fact that we are forever changed when we undergo trauma such as rape and sexual assault, but we don’t have to allow that change to be negative in itself.

My personal example of this is my own experience with sexual assault. I would never wish what I have been through on anyone else, but I know I am not alone in my experiences. I still don’t understand why I’ve been dealt these cards, but I know my only option moving forward is to play my hand. I take with me the lessons I’ve learned—not in how to behave any differently than I did, but how to use my experiences as the fuel to light the fire in my voice. I am still working to forgive myself for making the choices I did to lead up to my assaults. However, when I look at the bigger picture, I see that my choices made no real difference in my susceptibility to sexual harassment or even assault.

It didn’t matter what I wore or where I went. Hell, it didn’t even matter when I explicitly said no or when I tried to remove myself from certain situations. I’ve always been an advocate to stop victim-blaming, but it’s admittedly harder not to blame myself. I have to actively remind myself that I am not at fault for being catcalled, touched without my consent, nor being raped. I have to forgive myself for holding onto the pain and guilt for so long.

I believe that is the best, if not the only, way to move forward. I refuse to move on because I refuse to forgive all the people that have irreparably hurt me.

Although I know forgiveness in others works for some, it has not always worked for me. I choose to hold on to the hurt enough so that I remember what it feels like when I am in a situation where I may be hurt again. In that same breath, I do not let it consume me. I lift the weight of my trauma, and I grow stronger from that. I push past the sorrow and with each stride, I remember what I’ve been through as I go to where I want to end up.

When I have received apologies from my assailants, too often do they seem hollow or even superficial. They don’t take accountability for their actions. Thus, I need to heal on my own accord without depending on them to hold up their end of the bargain, and that’s okay. I don’t need to forgive them, and I don’t need to trust that it won’t happen again because it very likely may. 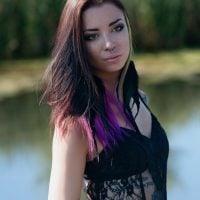 With a background in anthropology and political science, Christina Sachi is passionate about writing and exploring the diversity of humanity. Driven by sociopolitical activism… Read full bio