How the Simplest of Rituals bring Meaning & Closure into our Lives. 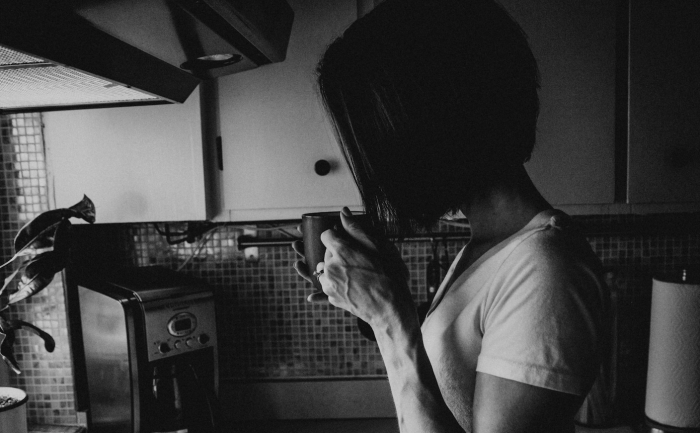 I was lying in bed meditating when the words, “rituals can help you find closure” popped into my head.

My next thought was What? What are you talking about? Where on earth did that come from? I was trying to focus on my breath and that’s where my mind wanders off to?

How strange. This isn’t something I’d ever thought about before, but I didn’t ignore it. It was obviously something that wanted to be brought into the world and explored.

A dictionary definition of ritual is a set of fixed actions and sometimes words performed regularly, especially as part of a ceremony.

A ritual doesn’t have to be a big fancy ceremony such as a wedding or another collective cultural ritual—a funeral. It can be something as simple as a daily morning routine or a set of acts that you carry out religiously that gives your life structure and meaning.

My daily morning ritual upon awakening is to drink a glass of water, roll out my yoga mat for morning practice to wake up my body, followed by a session of meditation before moving on with the rest of my day. It’s a way for me to signal the start of a new day (and, therefore, the end of an old one). Even making a cup of tea or coffee can be seen as a ritual.

Our lives are marked by rituals.

They highlight the passing of time and allow us to move on from a certain time in our lives, or move forward into a new chapter.

Rituals allow us to close the book on aspects of our life in order to grow, change, and release burdens, so we can rise from the ashes like a phoenix with new life and vigor.

Some examples of rituals are:

Birthdays mark the passing of years, allowing us to keep track of where we are in life’s journey. They allow us to close another chapter in our book of life—on our past. According to Wikipedia, the ritual of blowing out candles on a cake states that the exact origin and significance of the candle blowing ritual is unknown, but there are multiple theories that try to explain this tradition. One theory explaining the tradition of placing candles on birthday cakes is attributed to the early Greeks, who used candles to honor the birth of goddess Artemis on the sixth day of every lunar month.

Graduations from high school, college, and university is another ritual that gives us closure, letting us—and the world—know that we’ve finished our education, allowing us to move from the academic world and out into the workplace or the world of the rat-race.

Graduation is an important cultural tradition that has three ritualistic steps. Walking into the ceremony is the first separation of society. The second is inculcation to transformation and lastly returning to society with a new status.

Funerals, wakes, memorials, or other ceremonies to mark a loss, are obvious rituals that allow us to say goodbye to a loved one; to celebrate their life and who they were. My mom didn’t want a funeral, so my dad, my husband, and I (my brother wasn’t included, I’m not really sure why I have to say) had our own goodbye ceremony to say our farewell because we weren’t able to say goodbye in the traditional way.

These end-of-life ceremonies can bring a sense of closure.

Weddings are one of the most obvious rituals in society. They mark the beginning of a new chapter in joining two people together. My husband and I opted for a handfasting ceremony, instead of a traditional religious ceremony in a church—we aren’t religious.

A handfasting is a ritual of Pagan and Celtic ancestry that involves tying a ribbon around the couple’s wrists to bind them together. My husband is Scottish and handfasting originated in Scotland in the 16th and 17th centuries as a way to make a contract with your beloved. The ancient Scottish translation is “to strike a bargain by joining hands.”

How people deal with the end of a relationship or breakup is yet another ritual—besides throwing your former partner’s belongings out the window, that is. A ritual to bring closure could be writing down your feelings—the positives and negatives of the relationship—and then burning them.

It allows you to release yourself from the past and move on with a (hopefully) lighter heart. In the same vein, signing divorce papers is also a ritual that marks the end of a relationship.

Tattoos can also be considered ritualistic actions, and they can be done to mark certain milestones in life. They too can help to bring closure. They can symbolize a rite of passage, an affirmation, a reminder of a commitment, or any other sense of meaning for someone.

Getting a tattoo can be a healing and cathartic experience, and even the process of getting a tattoo in certain cultures have ritualistic aspects to them (such as hand-poked tattoos). I have a memorial tattoo for my mom, and I also have a tattoo as a reminder of my yoga teacher training and meditation practice.

What kind of rituals do you have in your life that help bring you closure and allow you to move on and be the beautiful phoenix you are?

If you have rituals, I’d love to hear about them. If you don’t, you may wish to incorporate some into your life and see what happens.