If Tipping is Optional, Why isn’t Paying Minimum Wage Mandatory? 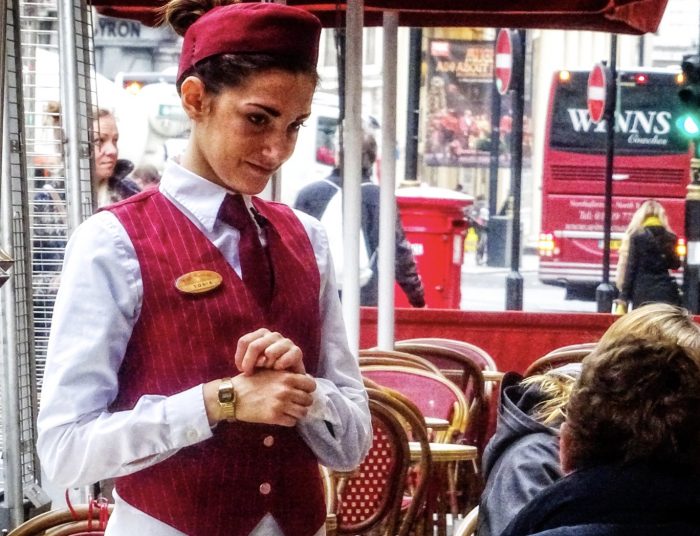 If you’ve ever worked in a tipping position, certainly you have had those who either don’t tip or leave a maddeningly small amount—and usually, those people are the most demanding.

The good customers sometimes make up for it, but often they don’t.

There’s nothing more infuriating than a 75 dollar bar bill, and the person paying pushes a dollar back at you and says, “Thanks, darlin’!” You can’t say a thing because tipping is optional. I once paid out over 53,000 dollars in a single jackpot as a casino worker to a regular player and received five dollars for my trouble.

Like many people my age, I was a tipped worker for many years: bartender, cocktail and food service, casino work. I also worked in the gray area of housekeeping in the hospitality industry and as a professional house cleaner where tips were hit or (usually) miss.

In a previous article, I wrote about losing the “Bargain Mentality” for goods and services and that it’s one of the factors that keep wages low and profits (for some companies) high. Many of those low-wage jobs include the tipped worker industry.

Why Tips Are Considered Wages

Tipping has been in America since the post-Civil War era. Newly emancipated slaves couldn’t get regular paid jobs, so they found themselves doing the service-type work that they were already familiar with. The trade-off was that their employers encouraged patrons to give them a little something for their effort, thereby giving the business owner an out for not actually paying them.

As the practice became accepted and normal, the restaurant industry caught on and took advantage of the additional financial boost with no extra money off their bottom lines. Until actual legislation was enacted in 1938, wages were up to the employer. Many businesses were totally on board with paying their employees, even fairly in some cases, but the living wage fight is not new.

Employers, by and large, stick as close to the required minimum wage as possible, absorbing this reluctantly, to make the profit margins appealing to banks and other lenders and shareholders in some cases. Employees are considered a necessary expense, a line item to be negotiated and scrutinized. It’s not uncommon to trim longer-term, higher-paid employees for the younger and less-experienced to keep wages down.

In the continuing battle of federal standards and states’ rights, wages are at or near the top of the list always. In the “Fair Labor and Standards Act,” the government finally had to step in and established minimum wages. While each state can set its own minimum wage, they cannot dip below the set federal minimum (currently 7.25 dollars per hour).

So, how come people in tipped jobs only make like 2.13 dollars per hour?

A very simplified explanation for this is (and again, it is set and varies from state to state) the employer may be allowed to take a credit toward wages, which considers the usual tip income for that industry. They can take that credit off what they pay in wages, assuming the tips will make up the difference to at least minimum wage for that person. If not, the employer must fill in that gap for that pay period, so the worker will clear 7.25 dollars per hour or that state’s set minimum.

It gets even more complicated. A few states require that the employer pay the state’s minimum wage as starting pay whether the employee gets tipped or not. Some states, like Minnesota, have additional stipulations that are taken into consideration, like gross revenue, and then splits them into subcategories. But several others (Alabama, Georgia, Louisiana, Mississippi, and other southern states) don’t even have a state minimum wage, so 2.13 dollars it is. Period.

This is a huge rabbit hole about which much has been written. I have been an employer of tipped employees and a tipped worker. I understand the business owner’s side of things, and there are sizeable loopholes that can be exploited at the employee’s (often unknowing) expense.

At a casino, where I worked as a bartender and cocktail waitress (cutesy uniform and all), one of my coworkers had her tips allocated one year. She was furious. This is when the employer has calculated (and decided) that the employee has not claimed enough tips. This is a way for the employer to pull required taxation from an employees’ wages (legally) instead of from their bottom line.

We also know that the IRS wants their share, too—fair or not.

Employees are required to report their tips for taxation. Uh-huh, sure. To strike a deal, so-to-speak, businesses (especially restaurants) mandate that servers claim a certain percentage of their total sales for the day. Here’s the rub: if some ding-dong pulls one of those “sorry guys” excuses on the tip line, the server still must pay taxes on income they didn’t make.

Then there’s the controversial tip-pooling, which is where servers are required to share some, if not all, their tips with non-serving staff—some of whom are paid minimum wage and higher.

And skimming, where management also takes a portion of the tip money, usually from the credit card receipts because those must be processed through accounting.

Employees are often further bound by employer rules against soliciting tips where a server is not allowed to directly ask for a gratuity because it’s optional and tacky.

We got around this in the casino by backing up our coworkers. Johnny, the black-jack dealer, would say to his table, “She sure is keeping you all lubed up. Show her some love.”—and vice-versa.

Wage theft is no small thing either. From fast food to high-end eateries, lawsuits have wrung millions from employers for blatant wage theft, some of which involves the above-mentioned tip pooling and skimming, lack of overtime pay, missed meal breaks, and requiring their people to purchase uniforms without reimbursement.

Easier to get an apology than permission, right?

People just need jobs that will pay the bills and put food on the table. We often go for tipped jobs because it seems like, if we do well, we’ll make a couple of extra bucks for our good service. This is what I think tips are supposed to be, but with so many greedy fingers in the pot, it’s a wonder anyone can earn a living serving the public.

So, we need to either make it truly optional, and the server can keep it all, or pay living wages and continue with the status quo. 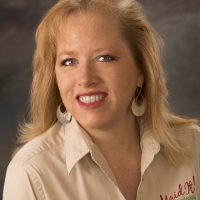 Amy Willard is a “mature” Colorado native. Serial entrepreneur. Passionate about green living, flowers, equality for all and food. She loves writing and sharing he… Read full bio