My Journey to Celibacy: Sex Devoid of Emotional Intimacy is not Worth Having. 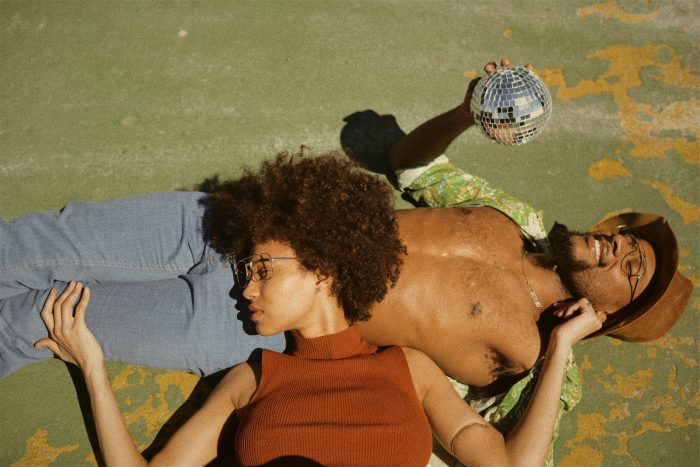 I was talking on the phone to my homegirl, catching up after a spell, and she asked me an unexpected question: how’s celibacy going?

So why was I so surprised? Well, I honestly…I kinda forgot I was celibate.

As I’m sure is the case with most people these days, I’ve had little opportunity to look for love in the time of corona. I’m no longer using online dating sites and I spend most of my time inside.

Most days, you can find me cozied up on the couch knitting while my sister, Spirit, draws, and Lily, our dog, licks.

I’ve been happily wearing the same pair of fleece cheetah print PJs since New Year’s Eve. (Yes, I’ve laundered them…no, not more than once.) I see few people these days, and when I do go out, I can’t get past face masks. While demure, they don’t carry the same allure of a smile.

“All this to say,” I explained to my friend, “Meeting a guy has not been top of mind for me”—though, I did briefly fall head over heels for the Philly jawn who sold me the film camera I gave to Spirit for Yuletide.

I went on to share that despite the fact that temptation was at an all-time low, I wasn’t struggling with celibacy because I felt confident in my decision.

The ugly truth was this: I wasn’t missing sex because I have been unsatisfied with sex since losing my virginity.

I lost my virginity at 23, which I felt was ancient at the time.

The inner dialogue of my mid-20s was filled with me telling myself, “Every liberated lady needs a hoe phase” and “The more sex I have, the less self-consciousness I will feel.” “Eventually,” I told myself, “I will feel empowered.”

I realize now that those thoughts didn’t just come from thin air. Society has brainwashed us into believing that more sex is the path to more liberation and empowerment. Hollywood continues to spew out stories with this same moral. Characters like Samantha and the rest of the “Sex and the City” crew shout the same message. Again and again, we’re told subtly (and not-so-subtly) that the more sex you have, the better it gets and the better you are for it.

As with most things in this toxically capitalistic society of ours, quantity is heralded over, and conflated with, quality. Deep sigh.

At 27, when I officially entered my “hoe phase,” I found that more experience and sexual encounters did make me feel more—errr—at ease between the sheets. I took that to mean I’d finally achieved sexual liberation.

“I’m finally fully living my life! I am a gainfully employed, insurance-having, self-actualized ass B!” I thought to myself once or twice.

Most of the time, I was riddled with guilt, shame, and fears of being cast aside and rejected. Each time things ended between me and a guy, I fell deeper into the belief that I was not good enough. I’d hear my mom’s voice ring in my ears: “Why would any guy buy the cow if he can get the milk for free?” making me feel more ashamed and hopeless.

When I reflect on that phase of my life, I realize that my empowerment never truly came. That seems to always be the case with things put off to “eventually,” doesn’t it? All of my feelings of low self-worth and the fear of abandonment that bloomed from them continued to plague me, lurking and growing in the shadowy corners of my “liberation.”

For years, I pushed myself into physical intimacy with men who I could barely get comfortable around without the help of a few drinks. I constantly felt the need to protect myself, emotionally and physically, from them. Emotionally, I kept a wall around my heart to keep me from getting too close because that would inevitably lead to heartbreak.

Physically, I decided to get an IUD because I felt I needed an extra layer of protection from men constantly trying to slip “just the tip” in with no condom. “At least I won’t have to worry about that anymore,” I consoled myself as I lay spread-eagle in the OBGYN’s office.

The story was eerily similar for all of my friends. I saw my girlfriends, my guy friends, and my gender non-conforming friends all carrying the same shadows. We were all hopping from person to person and bed to bed carrying the same protections: condoms, IUDs, and PrEP to ward off babies, STDs, and HIV. Walls around our hearts to ward off heartbreak.

It took me years to realize that blocking off emotional intimacy in favor of sexual intimacy was a surefire way to Heartbreak Hotel. It’s not one or the other, both are needed.

We need to be able to look our lover in the eye and explain why what they said was triggering, with the same voice we use to whisper sweet nothings into their ear. But who is willing to do that? We’re too busy playing it cool and feigning indifference to avoid coming across as overeager.

It’s no wonder we struggle to remain true to ourselves in romantic relationships. We all just want love. And we’ve been told that we’ll find love by playing the game, by hiding bits and pieces of ourselves, and by relegating the real-est, ugliest versions of ourselves to the shadows.

I decided to become celibate because I realized that sex devoid of emotional intimacy is not worth having, at least not for me. It’s like eating canned vegetables and expecting the same potency and nutrition as fresh, organic veggies. It’s just not the same. One supports your true health and wellness, the other is just a salty façade.

To put it another way, I felt like I was a kid playing dress-up, thinking that wearing my mom’s lipstick and heels made me an adult. I was fooled to believe that having sex meant I was grown, but real “grown-ups” understand that true intimacy is allowing yourself to be seen in your totality. I wasn’t ready to do all that.

I became celibate because I realized that, as much as I’d hoped for it, love and respect would never grow out of games and guards. So, I took myself out of the game.

It has everything to do with showing up in your authenticity and putting your guards down, and that can only happen when you love yourself enough to believe you are worthy of being seen and loved in your totality.

That’s where I am today: working on loving myself in my totality. And I feel more empowered about sex than ever before.

PS. I realized while writing this that celibate and celebrate are eerily close. You add an “r” to celibate and you get celibrate. I’ll be celibate until I find some Realness, with a capital R. No more of that fake sh*t!

Until then, I’ll be celibrating and loving myself to wholeness. 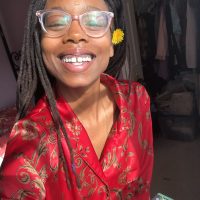 Margie Cadet goes by GieGie, but you can call her BraveHeart if you’d like. Reclaiming her spirituality has changed her life and helped her to move forward/through ances… Read full bio