COVID-19 may be the Giant Pause we didn’t know we Needed.

In 2017, tennis legend Roger Federer was struggling with his form and hadn’t won a Grand Slam in a few years, despite winning 17 before then.

Lots of pundits were saying that his great run was finally over. At the ripe ol’ age of 36, he was finished.

So what did he do? Did he rededicate himself harder than ever? Train even more hours in the day? Yell and grunt and push his body like never before?

He took six months off.

Put the racket down and walked away from the game. Temporarily.

The plan was always to return, but after years of trying, and trying, and trying, he knew his problem wasn’t a lack of effort. It was time to try something different. He’d been struggling with injuries, and just couldn’t get past a certain level of success on the court anymore.

So instead of trying harder, he tried doing less. Which is unthinkable in today’s “no pain, no gain” mindset.

He slept in, went on vacations, played with his kids. “We did a lot of fun stuff that we don’t have the time to do,” he recounts.

“When I came back, I was ready.” And then he did the unthinkable: stunned the world and won his 18th Grand Slam title at the Australian Open.

Then he won his 19th at Wimbledon.

Then he won the Australian Open again—his 20th win. At age 37.

A brilliant streak of three more titles. After zero wins in the previous two years.

What did he learn? “That rest can be incredibly positive. We forget how important those moments are to come back rejuvenated, with a plan.”

The lesson is that sometimes, the only way to take our next giant step forward, is to first take a big step back.

And we’re all getting a chance to take a giant pause ourselves right now.

It might not be the pause we planned on, but the coronavirus is here, and it’s making us all take a step back and pull inward for a bit.

Whether we’re working from home, sheltering in place, or straight up quarantined and not allowed out of the house, we’re all having to scrap the plans we had. Just like Federer, our world is injured right now, and we’ve all gotta’ take a little time off to let it heal.

We can resent it, protest it, and try to fight it, but a disease like this is way more powerful than any of us. So the sooner we accept its power, and how it might actually be a good thing in our lives, the better.

Yes, I know most of us will suffer. Most of us are going to lose a ton of income this year. We’ll be worried about paying bills, rent, or mortgage payments. Businesses will fail, lives will be altered.

Then there’s the simple concern of staying healthy.

But let’s look to the other side of this global event, whenever that might be.

Because when the clouds finally part, this world will not be the same.

And I mean that in a good way.

We’re all going to come out of this with a different set of priorities. Different needs.

When we go without certain things for a long time—family, friends, get-togethers, restaurants, movies, music, comedy, picnics, mountain hikes, Broadway musicals, late nights at the office, arguments, whatever—we learn which ones we miss and which ones we can do without.

Some of us are going to emerge from this no longer seeing the value in working 70-hour weeks to afford a life that maybe wasn’t even making us that happy.

Maybe we’ll find out we were happier being broke and actually seeing our family.

Some of us are going to realize that someone we let slip through our fingers is worth chasing back down and fighting for again.

And some of us are going to realize that someone we let into our lives is someone who doesn’t deserve to be there.

Some of us are going to realize we’ve been climbing the wrong ladder in our lives, and if we don’t get off now, we’ll never get to the view we really want.

Working remotely will finally be legitimized. We’ll all realize we don’t need 10 meetings a day.

Some of us might go back to school. Others might leave the big cities and realize we want more nature in our lives. Others still might realize they’re sick of the ‘burbs and move to the city.

Some of us will be tired with one country and move to another.

Some of us will realize we want kids.

Or that we want a divorce.

Or that we wish we could play piano and finally start taking lessons.

Some of us will just start cooking at home more.

But we all will emerge changed.

And that’s a gift we don’t get often.

As Elizbeth Gilbert wrote in Eat, Pray, Love: “Ruin is a gift. Ruin is the road to transformation.”

Our future lives might not resemble our past ones much. But that could be a beautiful thing.

Without becoming unemployed during the Great Depression, Leo Fender never would have hunkered down and invented Fender guitars and amplifiers. Without the Bubonic Plague, Isaac Newton probably wouldn’t have sat in his garden and coined the Law of Gravity. Without becoming unemployed and destitute, J.K. Rowling may never have conceived Harry Potter.

So what will you find yourself embracing during this time? Will you read with your kids more? Will you play video games less? Start meditating?

What quiet desires within you that have been laying dormant will start trickling to the surface?

What journeys will you realize you still need to embark on?

What new roads will you choose to take?

Will you become a therapist? Will you start yoga? Fall in love with smoothies?

What new person are you about to become?

Our first task is to have the courage to be still. One, to stay home and not spread this disease, but two, to pull inward and allow ourselves to listen to the tectonic plates shifting within us.

We’re all in a state of imbalance in one way or another. Too much time on this, too little time on that. Now is our time to correct it.

It will not come without a cost. But if we’re going to pay the price of this giant pause, we may as well get some new momentum out of it too.

So have a seat, close your eyes, be okay with the silence, and listen to what quiet voice inside of you starts to speak a little bit louder.

Then get out a pencil and start sketching how the next phase of your life might look.

The happier version of ourselves, on the other side of this giant pause, will thank us. 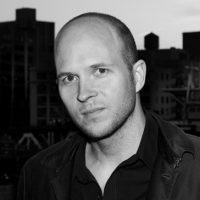 What if this Coronavirus is Nature’s way of Eliminating the Human Virus? These are the Things the Coronavirus will Teach Us—if we Let It. 25 Quotes to bring us out of Pandemic Panic & into Acceptance. Coronavirus: We must Be the Change, Create the Change & Live the Change.
See relevant Elephant Video