To Unlearn Emotional Repression, we have to Start with our Childhood. 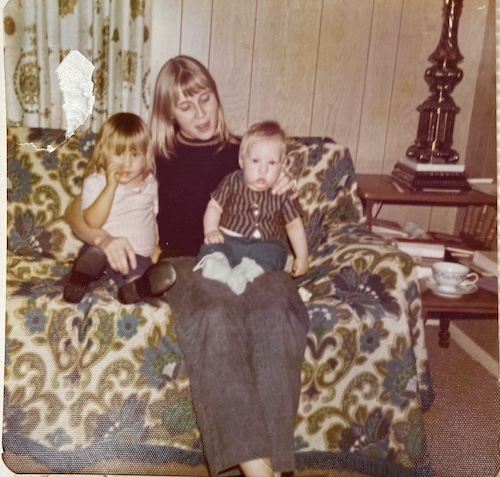 So much about the process of healing can be likened to gardening.

What we want is a garden filled with healthy, nutritious vegetables or beautiful, blooming flowers. But what gets in our way are the weeds. Especially if we don’t pay attention for a day or two, back come the weeds, heartier than ever. Getting rid of them can sometimes be a Herculean task.

Consider this passage about crabgrass, for instance:

“Keeping a low profile in the lawn, crabgrass eludes the mower blade when we mow the lawn. And unlike taller weeds, there’s not much that can ‘break’ on it, so it holds up well to foot traffic, even in high-traffic areas. The one plant part on the weed that sticks up—the stalk that bears its flowers and, later, its seeds—is very tough and does not mind being tread upon.”

If we replace “crabgrass” with whatever trait or quality we’re struggling to change in our lives, I think the passage could still ring true.

For me, my crabgrass was my emotional repression. It was a habit from my earliest days that, as I grew older, created a great amount of illness in my life. Even then, I couldn’t just “stop it.” It was trickier than that.

In the process of writing my memoir, Embodying Soul: A Return to Wholeness, I finally traced back to the root of my emotional repression. In this chapter, “Emotional Guardrails,” I explore these origins.

Growing up, I rarely saw my mom express her emotions, and certainly not uncontrollably.

My dad, his eyes often welling with unfallen tears of pride or nostalgia, fought back his emotions as if they were lions and he had only a chair to keep them at bay. My dad might’ve been a successful general manager at work, but when it came to emotional management, my mom was more successful.

One day when I was in my early teens, I got a close-up look at her method. My mom, my brothers, and I were driving home from my grandparents’ house on a summer evening, our bellies rounded with Grandma’s stuffed pork chops, baked beans, and banana cream pie. We didn’t need the tornado warnings on the radio or the sirens blaring around us to recognize that we faced danger. We only needed to peer out the windshield, through which we saw torrential rain, sky-splitting lightning, and black, menacing clouds blowing closer and closer, threatening to sweep us away.

I imagined the inhabitants of nearby houses hunkered down in their basements, and I wished we were safe in our basement, too. If it had been daytime, that drive would’ve proffered sun-kissed fields of wheat and corn waving in the breeze under a sky spotted with puffy clouds looking like white angels, dogs, elephants, and giant birds. But that black stormy night, all I could make out was a green sign on the side of the road that read “Christine City Limit.” Having recently read Stephen King’s Christine, about a possessed car bent toward death, I felt my heart begin to pound and hot tears well up in my eyes.

My mom stopped under an overpass as a haven from the pelting rain and asked us if we would rather wait out the storm here or slowly drive the last 25 miles home. We kids chose the latter. So we drove onward, behind a semitruck to help stave off the rain and not stray from our lane, and finally arrived home safely.

After we’d been home for some time, the phone rang. It was my dad calling from work.

I listened for my mom to tell him how we almost died, to confess how scared we all had been. But she said as brightly as usual, “Yes, everything is fine here.” I swallowed my tears and absorbed the lesson: don’t let anyone see your fear or anxiety.

My mom’s ability to drive straight through the storms of life threads back to at least 1962, a time before weather warnings and storm watchers. She was 12 years old when another powerful storm threatened. Her parents, taking a well-deserved night off, had driven into town for a card party, while she and her older sister had been left in charge of the house and their younger siblings. It began to rain harder, then hail—not dime or marble-size hail but hail large and strong enough to shatter two kitchen windows. Water began to stream inside the house.

Her parents, given the hazardous road conditions, explained over the phone that they could not drive home. My aunt began to panic and cry. My mom, frustrated by her older sister’s paralysis, put everyone to work shoving pillows into the broken windows. From the barns to the sheds to the garage, that hailstorm broke over 60 windows, but it stood no chance of so much as denting my mom’s defenses against her emotions.

Seeing her this way, it does not surprise me that she chose nursing as her vocation. Her ability to focus on the task at hand and not get swept up in emotion served her well for several decades. But she only worked part-time so she could be there for us kids when we got home from school. She filled her free time with creative projects: crocheting, quilting, and sewing. Over the years she made me a Christmas stocking with my name on it, a pink and white summer shawl, and a faux fur coat that I wore every winter day.

She was also a part-time businesswoman, selling some of the things she made, like stuffed Care Bears—with official names like Cheer Bear, Sunshine Bear, Wish Bear, Tenderheart Bear, and Share Bear—on whose white bellies were sewn rainbows, sunshine, hearts, and flowers. While she often recruited me to join in her business projects, I never caught her in the act of making something personal for me. She must’ve done this only after I had gone to bed, for even demonstrations or words of love were kept quiet, revealed only at times deemed appropriate, such as holidays or birthdays.

No one could’ve known that this capable, independent, uncomplaining woman selling happy Care Bears was quietly suffering symptoms of kidney failure, including fatigue and shortness of breath. No one could’ve known because she wouldn’t have confided in anyone. When I later discovered that in traditional Chinese medicine the kidneys relate to the emotion of fear, I wondered if my mom’s kidneys were themselves a kind of stuffed bear.

Finally, though, my mom could ignore her physical symptoms no longer. In 1996, doctors diagnosed her condition as glomerulonephritis—an inflammation of the kidneys—and said she would need a kidney transplant to save her life. Luckily, the needed kidney came quickly from an excellent match: her younger sister. To this day, my mom still has this kidney, though doctors told her not to expect it to last more than 10 years.

If the doctors had known my mom better, they’d have realized that if she decided the kidney was going to last, it would last.

From now until March 31, 2021, in celebration of the book’s anniversary, visit Embodying Soul’s website to receive a BOGO offer.