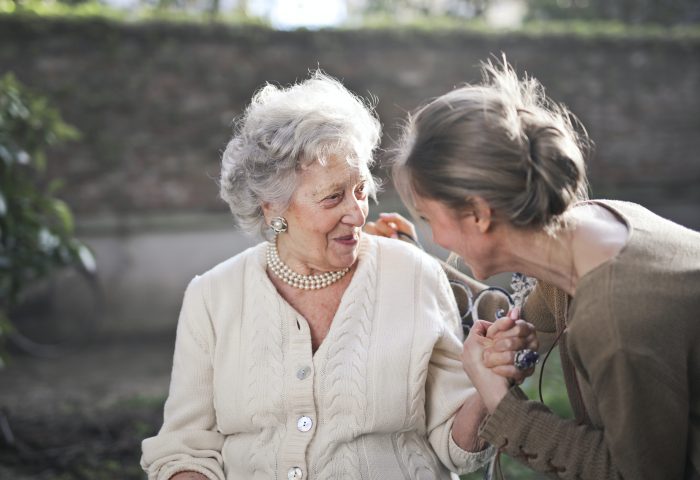 1. Two-thirds of Alzheimer’s patients are women.

2. Two-thirds of Alzheimer’s caregivers are women.

3. Most of the subjects in Alzheimer’s trials are white men. (Sanjay Gupta)

My initial reaction to this was WTF? (Would you believe the F stands for French?)

One has to wonder what kind of research would be underway if two-thirds of Alzheimer’s patients were men? What is the cause of this lopsided, staggering statistic? Is there a hormone connection? Are women not getting the nutrition they need to keep their brains healthy? Do women have a higher statistic because their brain deals with stress differently than men? I’m just throwing sh*t up against the wall to see if anything sticks.

Women are mothers, wives, and daughters. This should pique the curiosity of every person on the planet, and then it should disturb men and women equally. Why the disparity? We might need to do some of our own research to stay proactive in the spirit of preventing this disease from affecting our brain. I’m not suggesting we throw on our white coats and hit the lab, but perhaps we start the uncomfortable conversation. In order to do that, it is important to understand the big picture of what’s happening with this devastating disease.

If two-thirds of caregivers for Alzheimer’s patients are women and two-thirds of patients are women, it isn’t but a hop, skip, and a jump to believe that we might be up against a shortage of caregivers in the future? Does this concern anyone else? The purpose of this article is to light a fire under your bottom and to get your healthy brain thinking. Am I the only one anxious and outraged about the mystery that shrouds this disease? I don’t have the answers to the questions, but sadly neither do the researchers. I am not sure why this conversation isn’t taking place more often.

Are we so uncomfortable with the prospect of this disease that we’d just rather just take our chances? It would be rather naïve to believe that two-thirds of the women patients are the only victims here. In much the same way an entire family suffers when a wife and mother receive a cancer diagnosis, the families of Alzheimer’s patients have their lives changed forever. It could be said that family members have more to deal with because they are fully aware of the impact the disease has on their loved ones. The patient may or may not be aware of the degree to which they are suffering from the disease. Some would say this might be a blessing. So there is universal suffering, but it affects everyone involved in a different way.

To those left to pick up the pieces, they have lost a loved one.

That person may not, in fact, be gone, but in most ways, they are gone to those caring for them.

Dr. Sanjay Gupta said, “most of the subjects in the clinical trials are white men.” Why? If two-thirds of the patients are women, why not have two-thirds of the subjects in the trials be women, at the very least? Am I the only one thinking this makes perfect sense? How does this meet fair standards of medical practice? Does this happen because the medical profession has more white males than any other segment of the population, and as such, they are the very ones able to make decisions and carry them out? If so, I’m red flagging that right here and now. Again, I’m just stirring the pot, but yours should be boiling. (I, for one, have had enough of white men controlling my life, said this democrat woman.) But no matter your political persuasion, this is clearly unacceptable for a clinical trial. We need to insist on more balance. But how? Good question.

I am a dedicated student of life. I am a silver linings girl. This year of quarantine has provided me bonus time to listen to podcasts and participate in workshops to stay educated about my health. How many Netflix shows can a girl watch? I listened to a zoom conference hosted by Maria Shriver today. She is the founder of the Women’s Alzheimer’s Movement and an invaluable resource on the topic. Dr. Sanjay Gupta, CNN’s chief medical correspondent, joined the call and the information he presented had my mouth hanging open in disbelief.

We are all going to age. That is one of the certainties of life. Alzheimer’s and dementia are two completely different creatures. It is not a foregone conclusion that as we get old, we’re going to get Alzheimer’s. I am advocating as a healthy 50-something-year-old and I encourage you to do the same. This disease “disrupts memory and thinking. It also impairs and eventually kills brain cells.”

Some people believe this disease is debilitating at its worst. Alzheimer’s is actually one of the leading causes of death in the United States and the United Kingdom because patients lose their physical and mental capacity.

As a woman heading standing on the doorstep of her 60s, I feel it is my time to become a warrior for this cause. We just don’t know who it will affect.

It takes a village. So share this article and make some noise. We need to put our energy into stirring up action that produces additional research for women’s treatment and ultimately a cure for everyone. As Lily Tomlin said, “Somebody should do something about that. Then I realized I am somebody.” 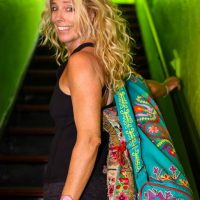