Why my Wellness Journey was all a Lie. 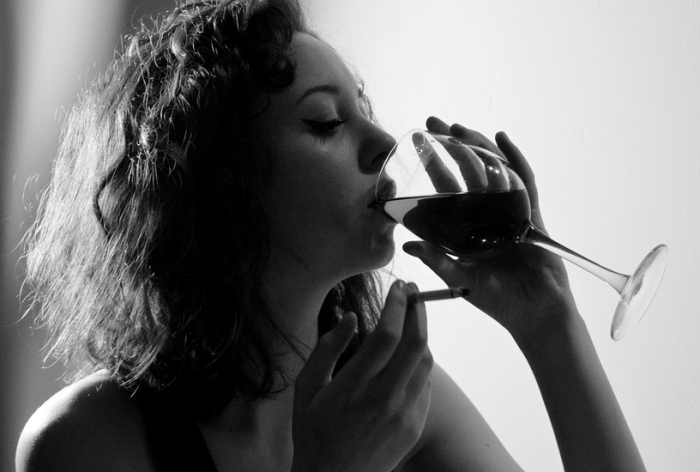 There I was in my kitchen, munching on granola, surrounded by organic everything.

I was the epitome of living a “healthy life.” I ate right, exercised, had a support network, read the books, and meditated.

I was crushing it.

And I was miserable. Riddled with anxiety and depression. Not sleeping well. Mentally and physically exhausted and just generally feeling unwell.

If I was doing everything “right,” why did I feel so wrong?

It is because it was all a lie.

You can do all the “right” things, but if you do not eliminate the thing that is causing all the issues you’re trying to treat, you’re never going to feel good.

I had no idea that the thing that was holding me back wasn’t healthy though. That all the health claims I’d been sold were a lie.

Even my doctor—the same one who diligently prescribed me my anxiety and depression meds—touted the health benefits to me. Improved cardiovascular health, lower risk of stroke, lower cholesterol, a decreased risk of diabetes, and in my case, it supposedly can relax you.

Sure, there were studies to say all this, and that is why I never, ever saw anything wrong with my nightly glass of wine. Even when it slowly went from a glass to a bottle—and eventually, I just bought the box. If one was good for me, two or three must be even better. The box meant I wouldn’t run out of this superfood.

I kept drinking. Drinking to take away my anxiety. My depression. To improve my relationships. For my heart. For my health.

It was all a lie.

No one told me that there is no safe level of alcohol consumption. In 2016 alone, nearly three million deaths globally were attributed to alcohol use, including 12 percent of deaths in males between the ages of 15 and 49. Recent statistics are even more frightening, especially as a woman—cases of alcohol-related liver disease are up as much as 30 percent over last year in young women.

Okay, but what about the studies that say alcohol increases longevity and can prevent Alzheimer’s? For every study that finds a benefit, there are studies that outline the risks. When we’re making choices about our long-term health and wellness, we really need a comprehensive picture.

When considering studies, it’s important to look at how they were conducted and what their intentions were. Who were the participants? Who funded the study?

In 2018, a massive study was canceled by the National Institute for Health after it was revealed that officials solicited over 60 million dollars from beer and liquor companies to underwrite the effort.

We’re being lied to, and it’s by the people we trust the most.

Why aren’t we being told the truth? Why is it that when we go to the doctor and complain about anxiety or depression, no one asks, how much are you drinking?

The Anxiety and Depression Association of America (ADAA) reports that those with anxiety disorders may find that alcohol can make their anxiety symptoms worse and are two to three times more likely to have an alcohol addiction at some point in their lives than the general population.

Yet, even when being prescribed medication to treat anxiety and depression—medication that has adverse reactions to alcohol—my doctor still suggested a glass of wine to unwind.

I also can’t help but wonder about the studies touting drinking for heart health. Cardiomyopathy— stretching and drooping of the heart muscle— is one side effect of drinking. Arrhythmias or irregular heartbeat are also common. Alcohol also contributes to strokes and high blood pressure. Maybe it’s not all a lie, but the benefits don’t seem to be outweighing the risks here.

We all know that cigarettes cause cancer. There are huge warnings on every pack of cigarettes we come across. In fact, tobacco was seen as so harmful that its marketing is among the most heavily regulated in the United States and worldwide.

Yet, despite the fact that alcohol is linked to over seven forms of cancer, is damaging to virtually every part of our body—from our skin and hair to our liver, pulmonary system, and even our brain—alcohol advertising and placement is still prominent not only to those of drinking age, but even to our children. From “The Incredibles” to watching sports, our children are being constantly sold the same lies we have bought into ourselves.

I truly believe that alcohol and wellness need to be a conversation that we start having. There’s no way we can keep perpetuating the lie that alcohol is healthy for us. It doesn’t matter how many buzzwords we attach to a substance—organic, natural, whole, sustainable—poison is still a poison.

I put plenty of research into the foods I would buy, the medication I would take, and even the cleaning products we would use, yet I bought into the lies around alcohol and my health.

No more. It’s not a coincidence that when I stopped drinking, I was able to wean off my anxiety and depression medication. There is a correlation between eliminating alcohol and the fact that I feel better in my 40s than I ever did in my 30s.

There’s also a reason why I became a lifelong learner and researcher. I’ve learned to question everything and, for that, I’m thankful. Maybe it was all a lie, but it took uncovering the lies to start seeking the truth.

Are you ready to live a more honest life? Join us in The Alcohol Experiment. You will receive encouraging and mindset-shifting daily videos and emails and an incredible community of 220,000+ people also experimenting with their alcohol intake. It is completely free (and always will be) at The Alcohol Experiment.