I was an “Independent Woman”—& I Quit. 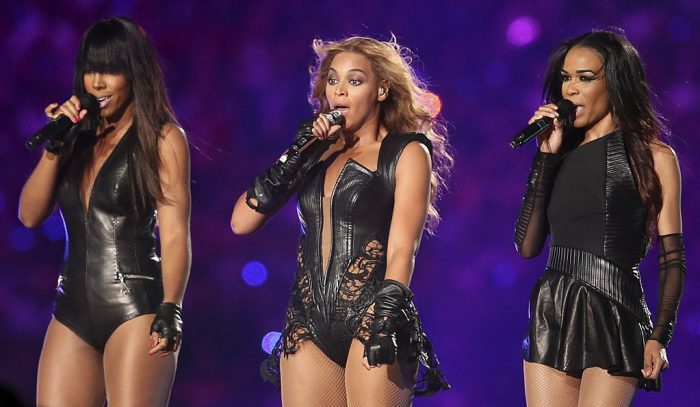 “All the women who are independent throw your hands up…”

My 10-year-old self sits, wide-eyed, in the local movie theater that my girlfriends and I frequently walk to, filled with excitement and empowerment. We’ve just watched “Charlie’s Angels.”

I’m used to seeing men—not women—save the day. This picture—one of female heroes—is completely new to me…and I love it! Some inspiration sparks within me at that moment. I want to be an Angel, too: the strong, badass, crime-fighting kind—not the holy, perfect, submissive kind I learned about in Bible School.

As the credits start rolling, “Independent Women” by Destiny’s Child begins to play, and I involuntarily throw my hands up in the air. Being a private detective for an invisible boss might be a little out of my reach, but being an independent woman is not.

From that moment on, I committed myself to being an independent woman.

This song became more than just an anthem, it became the framework for the type of woman I was striving to become. I had to work hard. I had to pay my own bills. I had to depend on myself in order to do what I want and live how I wanted to live. Twenty years after hearing that song in the movie theater, I signed the lease to my very own apartment. I celebrated my first night there sipping champagne out of a plastic cup while sitting on a lawn chair in my living room and, of course, playing my song.

In my mind, I had finally made it as an independent woman because I was able to check off everything the chorus lists: my shoes, my clothes, my diamonds, my watch, my house (technically apartment, but still counts in my book), my car. I bought it all myself.

I felt proud, powerful, and…

All those years, I was so focused on depending on myself that I overlooked the quality of my intimate relationships. The financially independent woman also became the woman who wouldn’t ask for help, the woman who thought she had to carry life’s burdens alone, the woman who chose not to express her needs.

Because I didn’t need anyone.

Underneath the mask of my independence was a woman who struggled with her self-worth. I repeatedly chose to be, and stay in, relationships with those who were unable to meet my needs because I did not feel my needs were worthy of being met by others. They say our relationships are mirrors of ourselves, and the mirror that was held up to me was cracked, dusty, and emotionally unavailable.

I understand now that I was using my independence as armor to protect myself from the pain that love can bring. I was also blocking myself from what my heart yearned for, which was to be seen, heard, and loved.

An interdependent woman is someone who consciously seeks out relationships where there is mutual emotional intimacy, support, and growth between both parties. Spaces that value our individual sense of self and encourage us to express that. Environments where vulnerability is seen as a strength, and where we are appreciated for every perfectly imperfect part of ourselves.

And, to be honest, living that way is scary. Being completely vulnerable puts us face to face with possible rejection and shame. It also opens the door to genuine love, connection, and belonging.

I know now that it’s okay to need and rely on others; we were not put on this earth to do it all alone. We need to be surrounded by nurturing relationships, by those who care about our feelings, who are considerate, who are open and vulnerable. We deserve those types of relationships in our lives.

So, let’s throw our hands up for that. 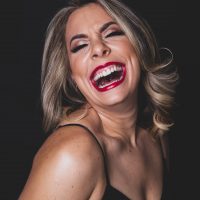 Alie Lablonsky is a writer, dancer, lover, warrior…using her voice to inspire others to use their own. … Read full bio