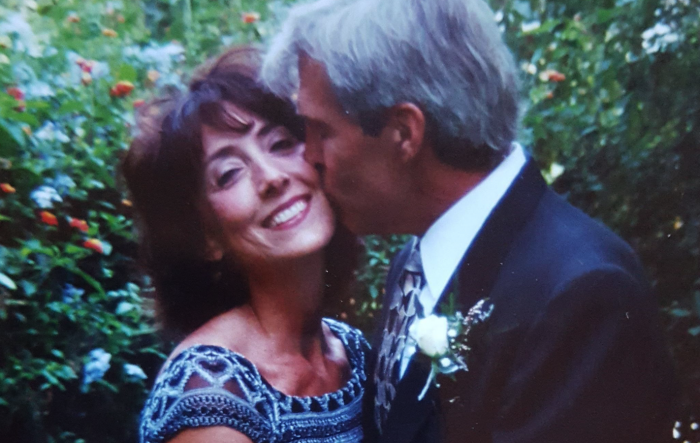 And you keep the window closed

We’ve been together for 37 years.

For all but the last year, we have spent our sleeping hours in the same bed. Duh! We’re a married couple. We’re lovers. It’s the way of our people, right?

Throughout our younger, passion-appointed years, our nighttime hours were spent entangled in one another’s arms. Spooning, then being spooned—never wanting to be too far apart.

We welcomed the feeling of one another’s breath, making gentle whispers on eager skin. We loved the arousal of fitting our bodies so perfectly into one another, reaching out and drawing close if we had somehow drifted too far apart.

Our sensual nights segued to an exhausted fall into bed, some love-making, and a descent into deeply needed sleep. I suspect this is a natural evolution for a busy couple as they become more and more secure in love and their mutual belonging.

There was always a minor tug-of-war over the appropriate volume of blanketing and fresh air in the bedroom. George ran a little hot; I ran a little cold. This was our life for years, but then things began to flip-flop. We were in our late 50s when my sweetie started to get colder at night, and I began heating up.

Gail Sheehy’s book, “New Passages,” talks about how men and women sort of switch places in their later years. Men become more emotional, needier—women more practical, more independent. Physiological switch-ups happen, too, just like what was happening for us.

I was entering perimenopause, when a woman’s body begins to make the natural transition to menopause, marking the end of the reproductive years.

Hot flashes descended upon me like Beelzebub himself. My nights were a torturous dance between unbearable heat—in which all covers must be thrown off immediately—and quick-grab-the-blankets chills. George began huddling under the covers at his edge of the bed as I was engaged in my on-again-off-again romance with the bed covers. Need I say it? Our sleep suffered.

When I think back to one night, I can’t help but laugh. We were sitting on a loveseat, watching a movie together. It was winter, so I was warmly dressed. Bra and panties, tank top, sweatshirt, sweatpants, wool socks, and a blanket over my lap.

Hot flash! I start to peel off the layers.

First, toss the blanket aside. Off came the sweatpants and socks, then the sweatshirt, and finally the tank top. I sat there in my undies, fanning myself with a magazine. Soon I’d cool down and need to reclothe. Toss the magazine, put on the tank top, then the socks and sweatpants. Next, the sweatshirt, and finally, the blanket. Snuggle close into George. In 15 or 20 minutes, it would all start again. This menopausal gyration went on for the two-and-a-half-hour length of the movie.

George never said a thing during the movie, but when it was over, he said (in a bit of a smirky, smartass tone):

“Sweetheart, based upon what I’ve observed over the past two hours, do you think it would be wise for me to sleep in the downstairs bedroom tonight?”

We soldiered on. I sometimes had to get up in the wee hours to finish my night in our guest bedroom. George might sneak out of the Beelzebub bed to find solace on the family room couch. In spite of the night dance we were doing, we never once thought of sleeping in separate bedrooms. The idea never crossed our minds.

There were lots of other life-disruptive symptoms during my menopause years, but that’s for another story. At last, I’m 70, and I’m living life in “a normal body” again. The only thing that stuck around was my increased body temp. I’m a little warm most of the time.

So, why separate bedrooms now?

There are a few things that have contributed to this shift:

1. George donated a kidney two years ago. During his recovery, separate beds were important.

2. When we were in separate beds, we realized that I could sleep with a fan blasting cold air at me during the night, and he could have as many blankets wrapped around him as his little heart desired. It was heaven for us both.

3. We kind of love that one or the other of us can stay up a little later, reading in bed on any given night without disturbing the other’s sleep patterns.

4. We are both pretty tall people. The extra space in those California Kings, void of a second body, let us sleep diagonally. Oh my God, the space to spread out. What a luxury.

5. Morning routines—brushing, getting dressed, doing stretches—can be done without waking up the other.

6. The sleep we get in separate bedrooms is so much better quality than before. We have fully fresh energy to bring to our daytime relationship.

I do sometimes miss holding hands as we drift off to sleep, but we hold hands a lot during daylight hours, so I still get my hand-holding fix.

I’ve been hesitant to admit to the world that we, an in-love, married couple, now sleep in separate bedrooms.

Will people judge us? It’s clearly not the norm.

Will they think there’s something missing in our relationship? (There’s not.)

Anyway, I don’t care anymore. I’m saying it straight out loud: we sleep in separate bedrooms, and it works for us!