Lately, we’ve heard much outcry about the elimination of outdated and harmful symbols and icons in American society.

Whether it’s stopping the publication of six books by Dr. Seuss because they portray people in hurtful ways, or retiring the cartoon character Pepe Le Pew for normalizing rape culture, or dismantling Confederate leaders’ monuments in the South because they are symbols of past and present racism, critics are claiming that our history and heritage are being erased.

In addition, there’s been a big hullabaloo about the alleged trampling of freedom of speech by so-called “cancel culture.” But this outcry has nothing to do with the defense of freedom of speech, or for that matter, with any kind of freedom. The very symbols and icons the critics want to protect are tied to oppressive systems that prevent the creation of a free world for all.

Those of us who want to dismantle old systems that hurt people by perpetuating such power structures as racism, sexism, xenophobia, and homophobia are not participating in cancel culture but are instead trying to create a conscious culture.

Conscious culture actively works to eliminate antiquated beliefs and ways of being that cause suffering to others. Proponents of this outlook want to create a world where everyone is safe to become the best expression of themselves. Conscious culture asks that we not accept the status quo but that instead we push against it in order to craft something better. It insists that we transform those mechanisms that have curtailed the rights of the oppressed.

In addition to working for social justice, conscious culture is about cultivating a world in which people simultaneously look within to uproot their own prejudiced assumptions and harmful judgments. It recognizes that until we free ourselves of these pernicious traits, we won’t be able to create a new and better world. Such a transformation takes courage and is not for the faint of heart.

To recognize one’s own privilege, unconscious biases, and complicity is challenging and requires much personal work. Thankfully, we have tools at our disposal that can help us grow into the best version of ourselves. We can move beyond our limiting beliefs through practices such as yoga, meditation, and deep inner work. What’s more, there are individuals among us who have put time and energy into healing themselves and who by extension are working to heal the world. These way-showers can help us navigate a path out of our current paradigms.

If we’re only looking back to a fossilized past to define who we are in the present, we cannot create a just future filled with joy and well-being for all. To remain stuck in this pattern is to deny the power of evolution, of the propelling energy that moves life forward. And healthy self-love asks us to work hard to heal and transform ourselves from within.

The social justice movement is evolution in action. It insists that outmoded systems be replaced by just, life-enhancing ones. Even Darwin at the end of his life knew that survival was not primarily of the fittest but of the most adaptable. The species most able to change evolved into stronger, better versions of their original selves.

All that antiquated structures do is hold us back from creating a world filled with possibility and promise for everyone. They must die in order for new life to be born. 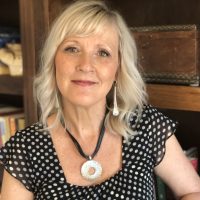 Susan Duesbery is a Master Intuitive who identifies women’s unique core stories in under 10 minutes by reading their energy fields. Using her signature method, in succes… Read full bio