The New Power I discovered to Change the things I Didn’t Like about my Life. 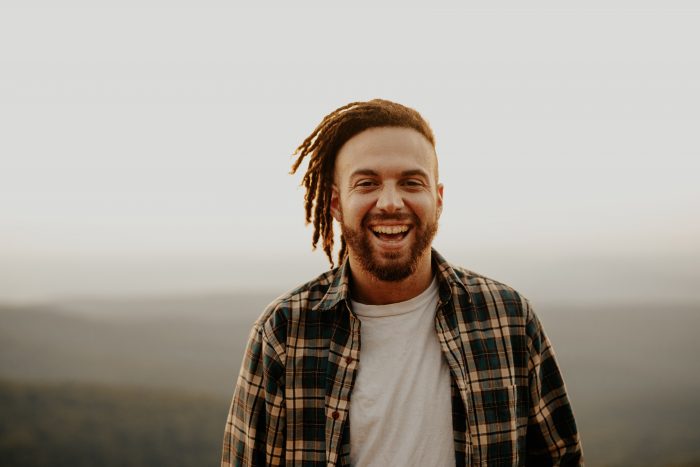 Over the years of my life, I’ve dabbled in various kinds of spiritual practices.

They all seemed to be a mixture of practical ideas for living a happier life. I could see the value in them, and I tried to put them into practice as much as I could, along with other sorts of rituals that I felt I could do without; however, sensed gave my followers a comforting sense of being part of a special club.

One core message that was common to all the belief systems I explored was the idea that we are all essentially alone in the world, especially once we have left the care of our parents, and are largely responsible for creating our own happiness.

The fact that we are free to make our own choices, including how we respond to what life brings us, should be one of the best things about being an adult. But it also turns out to be one of the hardest to accept, probably because there’s no one else to blame if we are miserable.

Blaming someone else for our frustrations is a habit that I think starts in childhood, when we don’t have much autonomy, and get told “no” pretty regularly. Perhaps the reason it’s such a hard stance to change later in life, even when we’ve gained the freedom that we’ve always wanted, is because we’re comforted by the idea and memory of someone else looking after us, which makes them at fault when things go wrong.

The reward of letting go of that illusion is that we become proper adults who can choose the life we want and can hope for a genuinely intimate relationship with someone else. I know there are many relationships where one partner still expects to be looked after in some way, but those always end in tears.

People who go through life believing that they are victims have never been able to move past the blame game. Their expectation that they will be badly treated causes them to interpret people’s actions that way, no matter how benign the actual intention is. Tragically, this can easily become a self-fulfilling prophecy. It’s hard to resist acting out the kind of behavior that seems expected of us and easy to fall out with someone who insists they know we’re determined to hurt them—even when we’re doing our best to help them.

I had a great example last week about the power of choosing how I feel. One morning, I went out for a bike ride in the rain. It was refreshing and enjoyable. Later on, while I was relaxing with a book, I was asked to run an errand. So I went out, but this time, I felt resentful, and the whole experience was wet and unpleasant. After a few minutes, I realized that I was doing the exact same thing that had been fun earlier, but my mindset that has changed made it feel so different. So, I focussed back on the things I liked about being on two wheels, and it eventually went back to being an enjoyable experience—simply by switching how I mentally framed what I was doing.

Since then, I’ve been trying this new power with some of the other things that I hated doing. I managed to turn housework into a kind of game, supported by playing my favorite music in the background, and washing the car into a chance to do some stretches and lifting—things I would otherwise do at the gym for fun, without actually achieving anything useful.

I also tried reframing how I saw someone at work whom I normally would find quite annoying. This was harder, and I had to start out with some self-reflection on what was causing me to react to him in that way. I then discovered that there was something about him that reminded me of someone who used to bully me, and on top of that, I was envious that he seemed more confident than me.

So, I allowed myself to connect with the insecure feelings from my past, and as I did, they began to fade with the realization that I’m much better able to stick up for myself now. And because the only antidote to envy is to work on whatever I want but think I don’t have, I had to accept that I rarely valued myself. These were probably leftover feelings of not getting much support as a child, so I promised to give myself more appreciation in the future.

I started to feel grateful to this bloke for showing me some things I needed to heal and change, and with my unconscious reactions out of the way, I began to see that some of his confidence was actually a cover-up for the insecurity that I could relate to. I felt much better in his company, and, at the same time, I noticed his demeanor toward me was changing too. I realized that I was probably giving him some critical vibes as a kind of self-defense mechanism and that we had both been locked in a cycle of mutual reactivity. The next step will be to invite him to my men’s group where we can explore more of this stuff.

My final experiment with reframing is when I feel hurt by something my partner has said or done. Instead of taking it personally, I’m trying to consciously think of it and use it as a learning experience. Then, I can feel grateful to her for giving me the chance to grow, instead of being disappointed or angry. It’s not easy, but I know it’s worth it because when I look back, I see that every important life lesson I’ve ever learned has been as a result of somebody telling me a painful truth that I imagined I’d rather not have to hear.

At the same time, clear boundaries of what I will and won’t accept from her, or anyone else, are essential. Demanding basic respect is important for us, but also for everyone we interact with. And to be relentlessly serene in the face of all provocation would be unhealthy, not to mention, rather annoying.

Sometimes, feeling angry is appropriate, and if it comes from a place of feeling empowered to ask for change, rather than weakness or fear, anger affirms respect for others in that it shows them we know they can, and should do better.

I’ll try to hang on to my newly serene and appreciative mindset. It’s helping me enjoy life more and become more receptive to whoever I’m sharing it with. What’s not to like?

More about reframing our emotions & minds:

Steve Garrett is a Wales-based writer with a special interest in gender equality, a Sit-Up comedian, and a musician. He has published four books of poetry, including Bloke-abu… Read full bio