5 Things I Didn’t Expect about my Life After Divorce. 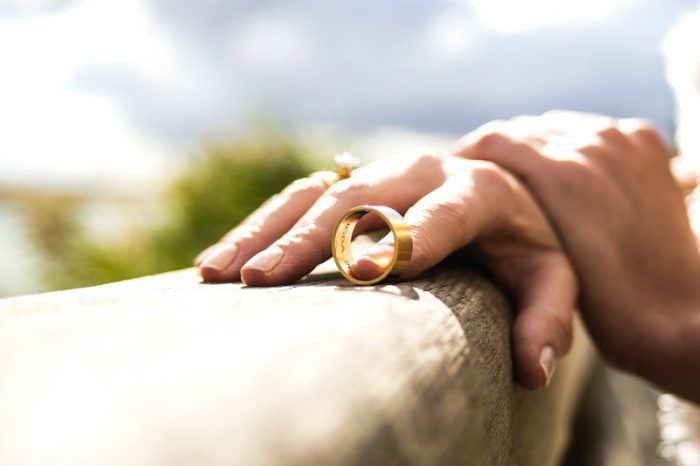 If you asked me to summarize my divorce in one sentence, it would be: “It was a long time coming.”

However, since both my ex and I are chronically conflict-avoidant, it took years before we put all our cards on the table and tried to find a solution to all our relationship problems that we had ignored for far too long.

The more we tried to work things out, the more it became obvious that going our own separate ways was the only option. Although my heart broke, I was determined to stay level-headed for the sake of our kids, diving head-first into tackling the practical aspects of my new life.

I was not intimidated by the paperwork or finding a new place to live; in fact, it was a welcome distraction from the emotional storm raging inside me. But I was concerned about how our two boys would adapt to now having two places to call home and how this would affect them in the long run.

Still, I decided to direct my attention to organizing our new living space and rebuilding my finances, which gave me a sense of control during an unpredictable time.

With the help of books and online resources, I learned all I could about life after divorce, and this made me feel confident that nothing could take me by surprise.

As I adjusted to my new circumstances, I realized I had been overly confident and there were still things that could catch me off guard.

From losing friends to unexpected feelings of guilt, here are some of the surprising things I learned about life after divorce:

My ex and I had been together for over a decade, during which many of his friends became mine, and vice versa. Naturally, I had grown close with his family as well.

We went on holidays together and celebrated birthdays and baby showers—never in a million years did I think all of those friendships would go up in smoke just because of our split that had nothing to do with them.

Obviously, I was wrong. A few people flat-out ghosted me while others kept coming up with excuses as to why they had to cancel lunch yet again until I finally got the hint. Our divorce had drawn a line in the sand, and they had to pick a side.

While I didn’t expect that our friendships would stay the same, I still had hopes that we could catch up once in a while. Unfortunately, I had to learn the hard way that this is not how it works.

Nothing could’ve prepared me for the roller-coaster ride that my emotions took me on post-divorce. It was truly a grieving process where one week I’d feel so happy and alive, only to feel like a complete failure the next.

It’s funny how when we’re in the process of mourning a relationship, we seem to only remember the good moments, like the time he took up running with me out of solidarity after I had our second child.

I missed his dry sense of humor and how he effortlessly juggled all the responsibilities of fatherhood, giving me time and space to pursue my own passions.

But, apart from mourning what our relationship once was, I also needed to grieve the future we would never have, and this was somehow even harder.

To this day, I still sometimes catch myself daydreaming about what our life could’ve looked like after our kids went off to college, and then I have to pull myself out of the fantasy.

While daydreaming is usually harmless, I don’t want it to distract me from the actual healing work I need to do in order to move on.

3. Holidays can be Painful

In a marriage with kids, you are aware of the fact that if you split up, you’ll need to make arrangements around the holidays, some of which will involve you spending them alone.

From a co-parenting point of view, I was completely okay with this. Emotionally, however, I had no idea what I was in for.

I can vividly remember the first Thanksgiving after we got divorced when we decided that our kids would spend the day with him and his family.

The tears came the minute I shut the front door and they drove off. No matter how much I tried to reason with myself, I couldn’t stop crying, especially because the holidays were always a big deal in our family and now, they were forever changed.

The prospect of dating again excited and terrified me in equal measure.

Being single for the first time in so many years made me curious to see how the world of dating had changed from the time I met my ex. It turned out, however, that I was better off sitting at home.

First of all, online dating was seriously demoralizing.

Secondly, I quickly realized that I was actually not emotionally ready for another relationship.

The only reason I gave dating a try is because “you need to start dating!” was all I heard from anyone I talked to, without taking into account my own feelings. And what my feelings were telling me was to slow down, to gently dip my toes before jumping straight back in.

Even though it’s the 21st century, and we’re supposed to be over the whole “divorce is shameful” idea, I can still feel the silent judgment of others who look down on the end of my marriage as if divorce was something I had on my bucket list.

I wish I could say it has no effect on me, but the truth is, I also sometimes feel irrationally guilty that I got divorced. In my lowest moments, I retrace every step in my marriage and wonder why it went the way it did. Couldn’t I have done more?

Perhaps, if I had agreed to yet another round of couples therapy, it would have been different. Maybe our kids wouldn’t be shuttling back and forth between two homes, and we could celebrate Thanksgiving together. A thousand “what-ifs” swarm in my mind until I finally shut it off.

Once I snap out of my looping thoughts and shake off the negativity, I know that I made the right choice—although I sometimes forget that.

A big lesson that I’ve taken away from this entire experience is that I need to trust myself more and give myself credit where credit is due. So many women I know are perfectionists who rarely acknowledge their own courage and resilience, especially in difficult situations such as divorce.

On a subconscious level, there’s still a lot of shame attached to the breakdown of a marriage, so we don’t like to talk about it, even if it means helping others understand what lies ahead.

From the moment my ex and I decided to separate up to today, I’ve learned a lot of lessons, many of which came as a surprise. But these are exactly the lessons that, invariably, we value most.

For more on life after divorce: 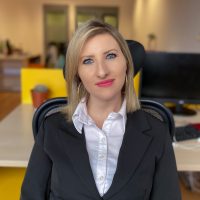 After working in corporate finance for eight years, Christine Carter became a mom, discovered her love of writing and never looked back. She’s passionate about helping f… Read full bio