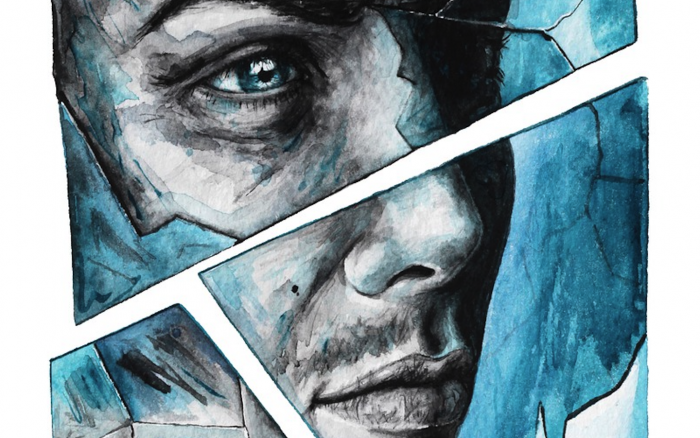 She knocked on my door when I was at my lowest and darkest point.

I was isolating, only really leaving the house to cop, and I was engaging in dangerous behavior. She wasn’t really aware of the extent of it, but she was able to intuit a lot of it.

I was mixing Ambien with cocaine, causing me to walk around my apartment in a blackout state. Every so often, my legs would give out, and I would faint in mid-stride. I remember smacking my head on the bathroom counter and the living room wall.

“I just needed to put eyes on you,” she said when I finally opened the door.

Over the next several years, we remained friends as I went through the recovery process ambitiously—meeting a woman, starting a family, learning a viable trade, and turning my life around 180° from where I began. And when babies and apathy rendered that new relationship barren and loveless, I began an emotional affair with her. I checked out from the woman I was living with and concentrated solely on her instead.

Nothing soothes the wound of withheld affection like the salve of a beautiful woman’s attention.

Shortly after I completely gave up on trying to salvage my domestic partnership, she and I also had a major falling out. As an INFJ, it wasn’t surprising that this included a “door slam.” Harsh words, blocking on all forms of communication and social media, and then radio silence for four years. Once, I read somewhere that when you wound an INFJ, they don’t hate you—they nothing you. This was as good a description as I could find. After 10 years of friendship, we were nothing to each other.

If you don’t know what “the INFJ door slam” is, I will give a brief explanation. INFJ is one of the 16 Myers-Briggs personality types, and the acronym stands for Introversion, Intuition, Feeling, and Judgement. At their best, INFJs are creative visionaries with a profound sense of caring for those who are most vulnerable. At their worst, they are known for completely cutting people out of their life when they have been deeply wounded. And once the door is slammed, it oftentimes will never open again.

Most of the time, this is where the story might end.

She and I were friends for years, and now we are not. Of course, there might be uncomfortable reprisals at social gatherings or health food stores, but generally, nothing gets revisited aside from those sparse awkward moments. In my own life, however, I had occasion recently to revisit this nuclear accident from four years ago, reluctantly, and meditate on what led to it. I am only writing this all down because I feel it might be of benefit to others.

When transportation specialists recreate accident scenes, they look at the mechanical conditions of the vehicles prior to the collision. I inadvertently did the same thing. I wanted to look compassionately at where we were both at—for no other reason than to maybe get a clearer understanding of why things spun so quickly out of control.

Initially, I focused on my own situation at the time. There is nothing wrong with using that as a starting point. I was at the end of a relationship that lacked physicality and affection for a longer period of time than it ever possessed it. As much as it felt like a relief to finally admit that our connection was beyond repair, it also filled me with dread that I was committing to being separated from my two-year-old and four-year-old daughters. At the time, I had a 16-year-old daughter from a previous relationship that I was all but estranged from, and the thought of having to experience that pain again put me in a very precarious emotional state.

I was immersing myself in as much positive affirmation and self-help as I could get my hands on—even the slightest bit of negativity was dangerous for me at the time. She had her own stuff going on.

In retrospect, if I could have seen in advance how this would all unfold, I might’ve had the wherewithal to just unfollow her on Facebook, and we would still be friends today. Instead, I wrote a blog about being sick of people who constantly disseminate negativity on social media. It made her angry, or at least that is what I understood four years ago.

Recently I began dating a close friend of hers, and my new partner wanted me to know how my rant hurt her feelings in a visceral way. When I had the time to think about all of this, I thought the only equitable thing to do was assume that whatever pain I was experiencing in my own life, she was experiencing in hers.

What the INFJ door slam lacks is compassion.

It’s when the “feeling” and “judgement” part of the acronym becomes exaggerated. And as much as INFJs are known for their gentle, caring nature, they also tend to allow vindictiveness and anger to drive the bus. (I am the first to admit this shortcoming in myself.)

I consider the opportunity to perform this postmortem as a gift because it has given me the space to reconsider everything I once thought was “justified” about my modus operandi. Perhaps, at times, a thing may be easily justified. But justification is not all it’s cracked up to be. Sometimes, love and compassion are far more important.