When it just doesn’t feel Right. 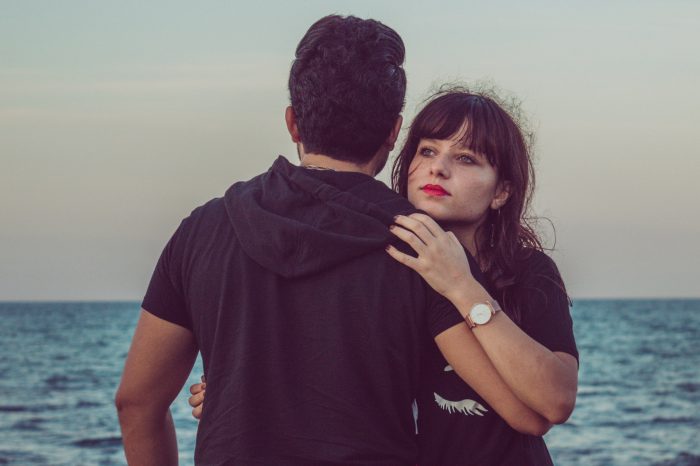 I was living in New York City for a brief time when I was a graduate student.

While I was there, I dated a guy who had black and gray hair, green eyes, and scruff around his lips and chin. I will call him Mark.

Mark used to write these wild stories about how the only women who were interested in him were already married.

He read these stories at our open mic nights and everyone loved them. Myself included. Mark had this way of demanding the attention in the room, retelling his life stories as if he had known they would happen all along.

We watched horror movies in the dark, tiny, expensive room I rented in a house with two other people. He was big into horoscopes, and I learned Geminis have extremely sensitive lungs and wrists. I didn’t really care about any of this stuff; I was just happy to be around him. He seemed so knowledgeable, and his confidence overshadowed everything.

But after a couple of months, he asked to go for a walk. I thought this was strange because we didn’t walk together. It just wasn’t something we did. But he came over, and we walked two miles from my apartment when finally, he said, “I think we should stop seeing each other.” My whole body tensed up, and I was genuinely surprised to hear him say it.

I felt like I was on fire. It felt like my whole body was screaming no at this conversation.

I was not expecting it at all. I thought we were fine, great actually. I think I mumbled a quick “okay” since there wasn’t much else I could say in the moment. And, we still had to walk the two miles back to my apartment in complete silence. I remember him talking for part of the walk, and I said nothing. Nothing at all. I half-hugged him goodbye, and I can’t remember us ever having a full conversation after that.

If I’m honest with myself, I was devastated. Whenever we are rejected in life, for any reason, it shakes us a bit. Makes us question ourselves. I thought, What is wrong with me? I went back through each movie we watched, every horoscope text he sent me, trying to figure out where I messed up.

After we stopped seeing each other, I would go to parties with the other grad students and purposely flirt with other people while he was there. I did that subtle move where you stand near them and pretend to be engaged in a super interesting conversation with someone else. But the whole time I was just trying desperately to get his attention. I thought, if he doesn’t want me, then no one will. Of course, this wasn’t true. But when the unexpected happens, it’s easier for us to catastrophize than see things for what they are.

After a couple of weeks, I would see him around with a certain woman who had blonde hair, toned muscles, and 10 bracelets on each arm. She was gorgeous—and you guessed it—married.

When I think of this now, I realize that he did the right thing. He told me the truth, even if I didn’t want to hear it. Maybe he didn’t have to say that his entire body rejected me, but hey, it got the point across.

It’s difficult to face rejection. I’ve had many other forms of rejection in my life since this, but this one has stuck with me. I vividly remember it, and I am sure I’ll never forget it. It took me a long time to understand why it affected me so much. At the time, I couldn’t understand why we didn’t work. Everything seemed to be fine, but Mark knew that something wasn’t right.

More recently in my life, I had to end a relationship with someone I just wasn’t connecting with, and it felt bad. Like really bad. I was waking up every morning with this pit in my stomach. And this is how it usually starts. These gut feelings start small, and you might barely notice it, but it keeps getting louder until eventually, it becomes the only thing you can hear.

The roles had reversed. I thought of this then, and how Mark must have felt knowing that it just wasn’t right. But I know now that it was the right thing to do.

I like to think of all of us as puzzle pieces, looking to fit somewhere. It doesn’t mean there is anything wrong with us when we don’t fit exactly where we think we will. Some pieces have several slots or a few knobs, but they are all unique and fit somewhere.

So, I was honest with the guy I was seeing, and I told him that it just didn’t feel right. I didn’t, however, tell him that my whole body screamed no when we kissed, even though in a way, I guess it did. My gut told me something was wrong and our two pieces never aligned like I thought they would.

Trying to force something never works. We can pretend for a while, but something always gives.

It might take a long time, but eventually, we all find that perfect connection.

And when we do, there won’t be a single doubt that we’ve found our missing piece. 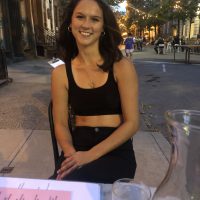 Danielle Epting has published creative work in various online journals. She has a short story collection forthcoming in the Spring of 2021. More of her work can be found on he… Read full bio