6 Things I Wish I’d Known when I became a Grieving Sibling. 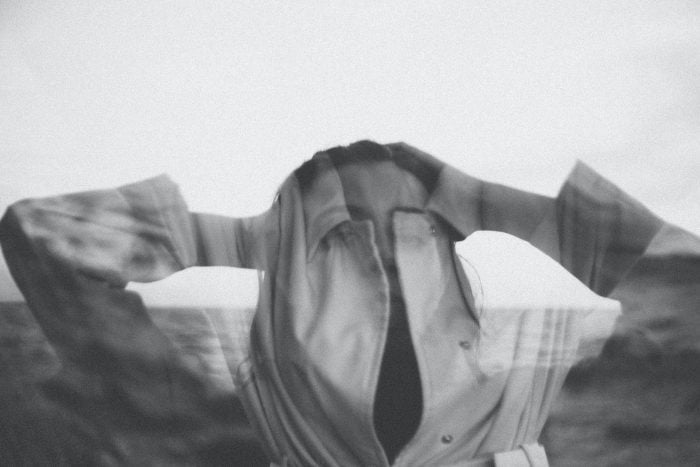 I recently had the privilege of presenting a workshop at the annual conference of The Compassionate Friends—an organization that supports parents, siblings, and grandparents after a child of any age has died.

I first attended a Compassionate Friends conference just three months after my brother, Will, my only sibling, died in 1999.

The shock of his death, caused by an accidental drug overdose, was just beginning to wear off. I’d gaze around the room in the middle a workshop, listening to other grieving siblings telling their stories and wondering, What am I doing here? It still seemed impossible, like my brother might walk into the room at any moment, cackling and shouting, “Psych!”

He’s now been gone for longer than he was here. I know he’s not coming back. And yet, the mark his life and death left on me continues to be profound.

Below, are a few things I wish I’d known in those early months and years of grief.

You don’t have to find “closure.” I refer to closure as “the other C-word.” It’s a bullsh*t term. You can close a door; you cannot close love. Yes, there are parts of loss that we are tasked with coming to terms with. It’s often helpful to engage in important rituals like having a chance to say goodbye to a loved one’s body—doing so can help our minds begin to process the overwhelming reality of death. But that’s not the same as closure, which, according to dictionary.com is “a bringing to an end; conclusion. Or, “Something that closes or shuts.”

There is no right (or wrong) way to grieve. For me, coping with my brother’s death meant pressing pause on the life I’d been living. Stunned and hobbled, I moved back home with my parents for over a year. I didn’t work and only took a few classes during that time—the rest of my time was spent dealing with my loss, spending time with my parents and my grandparents, who were beginning to face a cascade of age-related health challenges.

When friends or acquaintances asked me when I was going to get a job or return to school, I sometimes felt they were judging me for not getting back on my feet quicker. I knew I was privileged in not having to worry about paying bills at the time. Like many people living through early grief, my ability to concentrate had been decimated.

Now, decades later, I have no regrets about the way I chose to grieve. Losing my brother was one of the most significant events of my life, and for me, the decision to slow down and actually experience it was a healthy choice. It was a long season of learning one of the most important lessons of my life—that there’s no easy detour around pain.

You can—and probably will—grieve for the rest of your life. The acute physical and emotional pain I felt in the early months and years following my brother’s death has faded. But my grief isn’t over—nor do I expect it to be. I grew up thinking I’d have a lifetime with my brother; instead, I got 21 years. As I get older, the loss hurts in new and different ways. When I reached milestones such as getting married and becoming a mother, I felt my brother’s absence keenly. When my dad died, I longed for my brother; he was the only other person in the entire universe who shared our father. Missing my brother doesn’t go away. It’s softened, but the loss remains etched on me always, just like my brother does.

Your pain is immense and valid. Losing a child is a horrific trauma, one of the worst catastrophes the human mind can conjure up. It’s natural, then, that if our parents lose one of their children, their community will direct a rush of empathy and compassion their way. But this doesn’t mean that the loss of a brother or sister is small, unimportant, or invisible. In fact, it’s quite the opposite. I call sibling loss “the loss of a lifetime,” because who else do we expect to have relationships with that stretch our entire lives?

A grieving sibling will, statistically speaking, live with their pain for longer than the grieving parents will.

And, if that wasn’t enough, witnessing our parents’ pain compounds our grief. We cannot be the person we were before this loss, and neither can our parents. When someone dies, we lose much more than the singular, unique human who has died; we also lose our family as we knew it. We wish we could ease our parents’ suffering; we may even attempt to soothe their pain.

You don’t have to be strong—or be anything—for your parents. This was one of the hardest things for me to believe. At my brother’s memorial service, I heard, “Be strong for your parents,” over and over again. And I internalized it. I probably would’ve internalized it even if people hadn’t begged me to. But the truth is, none of us could be strong, at least not with the working definition of strong that I had at the time. To me, “be strong,” meant don’t fall apart. Don’t be ripped open by your grief. Dust yourself off and carry on with your life. I thought, too, that it meant I needed to take care of my parents. To try and absorb some of the empty space left by my brother’s death. To stay close geographically, to not take any risks, to provide them with grandchildren.

But after 22 years, here’s what I’ve learned: the best thing we can do for our parents as a surviving child is to take exquisite care of ourselves. Seriously. That’s it. That’s the only part we have any control over. We can deal with our grief in whatever way feels healthiest. We can try to be well. We can live the life we want to live.

We can’t take away our parents’ pain, but if we care for ourselves, we might be able to avoid adding more weight to their load. This holds true for grieving parents, as well—there was nothing my parents could’ve done to ease the pain of losing my only sibling. But if they’d refused to face their own loss, or turned to unhealthy ways of coping, that might’ve compounded my pain.

You are not alone. Being a grieving sibling was incredibly lonely. At the time, there were no books on adult sibling loss. While it’s still a loss that deserves more attention, there are ways to connect with others who are experiencing similar losses.

Here are a few of my favorite resources on the topic:

The Grieving Sibling (website for sibling loss by the author of Surviving the Death of a Brother or Sister, T.J. Wray)

The Compassionate Friends  (support for parents, siblings, and grandparents)