When I was younger, my mom used to buy me books with telling titles such as, “How to make friends,” or similar.

She could tell from the get-go that I was a painfully shy, introverted kid who had trouble connecting with other children my age. Perhaps this was because I was born to a couple in their early 20’s who still had lively social lives.

Early on, I found myself hanging out with my parents’ friends, listening in on adult conversations, acting under the illusion that I was a mature child interesting enough to be hanging out in such circles. I doubt a five year old is ever mature for her age and interesting to adults, but then again, perhaps this is my general disenchantment with children talking.

Perhaps the mystery behind my trouble with making friends my age was the fact that my mother was thrilled to have a baby, and she kept me with her for as long as she could. Thus, I found myself in social situations surrounded by other children at a relatively old age, when most of my peers were already accustomed to each other.

My other theory is that we’re all born with a specific set of characteristics and skills, and it is simply engrained into my DNA that I am an introvert with an aversion to making conversation with strangers. But I can’t tell for certain, since my level of biology knowledge is limited to my grade 11 class, a subject which, mind you, I almost failed.

Whatever the reason, the fact remains the same: I was a lonely (and only) child.

I was friends with my older cousins, I read books, ate lunches alone, and at dinner parties I would eavesdrop on conversations at the adults table. Eventually, I turned into an awkward and lonely teenager, with not much improved social skills, except that I could now smile politely instead of hiding behind my parents.

I had a handful of friends in high school, some of whom remain the closest people in my life to this day, in my mid-20’s. I never felt I needed to be out with large groups of people. I didn’t have a curfew because I hardly stayed out late, and mostly I was a pretty lame and tame adolescent.

My social life quickly began to pick up its pace at the end of high school, when I suddenly gained interest in boys and drinking alcohol. I’ve made a couple of bad decisions, but nothing really serious ever happened to me. At least, nothing I can blame on inebriation.

The race toward doing more, knowing more people, and being at more events continued from my late teens to my early 20’s. I truly felt like I was living. I thought I knew everyone and being invited to all the events gave me a feeling of elation that I tried to attend as many as I could.

I also threw myself into working, academia, and internships, and somehow managed to convince myself that I wanted to work in the events industry with large groups of people. For anyone curious—although the experience was generally fun, it mostly brings me anxiety thinking about it now.

In retrospect, the time when my social life was at its highest was also the period when I felt the loneliest.

For as long as I can remember, I had trouble fitting in, and I’m not saying this as a half-hearted attempt to appear quirky. Generally speaking, I have always been painfully shy and felt like I lacked that special something that made it easy for others to make friends.

Eventually, after years of painful small talk, forced smiles, and coming home emotionally exhausted from too much human interaction, I finally resigned myself to the idea that I was simply not made for other people, and that I felt better alone.

But does this make me a loner? Does this mean that I am condemned to a life of social anxiety at the thought of attending events with many strangers, of dining alone, of always craving but never being able to fully, genuinely, be comfortable around people?

And am I truly alone in feeling like this?

In the age of social media, when we’re constantly exposed to other people’s curated lives, I think we often fall prey to make-belief. Someone is always happier, healthier, living a fuller life than us, and after a full day of staring at these happy, healthy, fulfilled people, we begin to wonder whether we’re simply not making enough effort.

But then the more I start thinking about it, I realize that I am completely fine and content being by myself. I like taking myself out on dates. I like doing things alone. I enjoy the quiet, not having to constantly think of conversation starters to please someone I barely know and who, frankly, probably doesn’t care.

In the age of social media, when many of us have thousands of Facebook friends and Instagram followers, do we really enjoy each of our Internet acquaintance’s company? Or, are we all just a bit lonely in a big world of people and opportunities?

Perfect lives don’t exist. Neither do perfect people. As much as I wanted to be extroverted and a social butterfly, I had to eventually accept that forcing myself to be someone I’m not was only attracting the wrong people and keeping me from what made me feel truly happy and fulfilled.

It’s okay to feel a little different from others. Because, at the end of the day, even though what we see online is often generic and homogenous, everyone has a unique and intimate part of themselves they keep hidden from the general public.

The ultimate goal is to find those who make us comfortable enough to shed the layers. 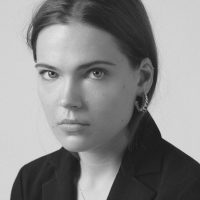 Katia Gorshkova is a Russian-Canadian actor and writer. After graduating from McGill University with a major in political science and a double minor in communications and Euro… Read full bio